In the midst of a global pandemic, UNSW Law took home the Justice William Gummow Cup for the third year in a row 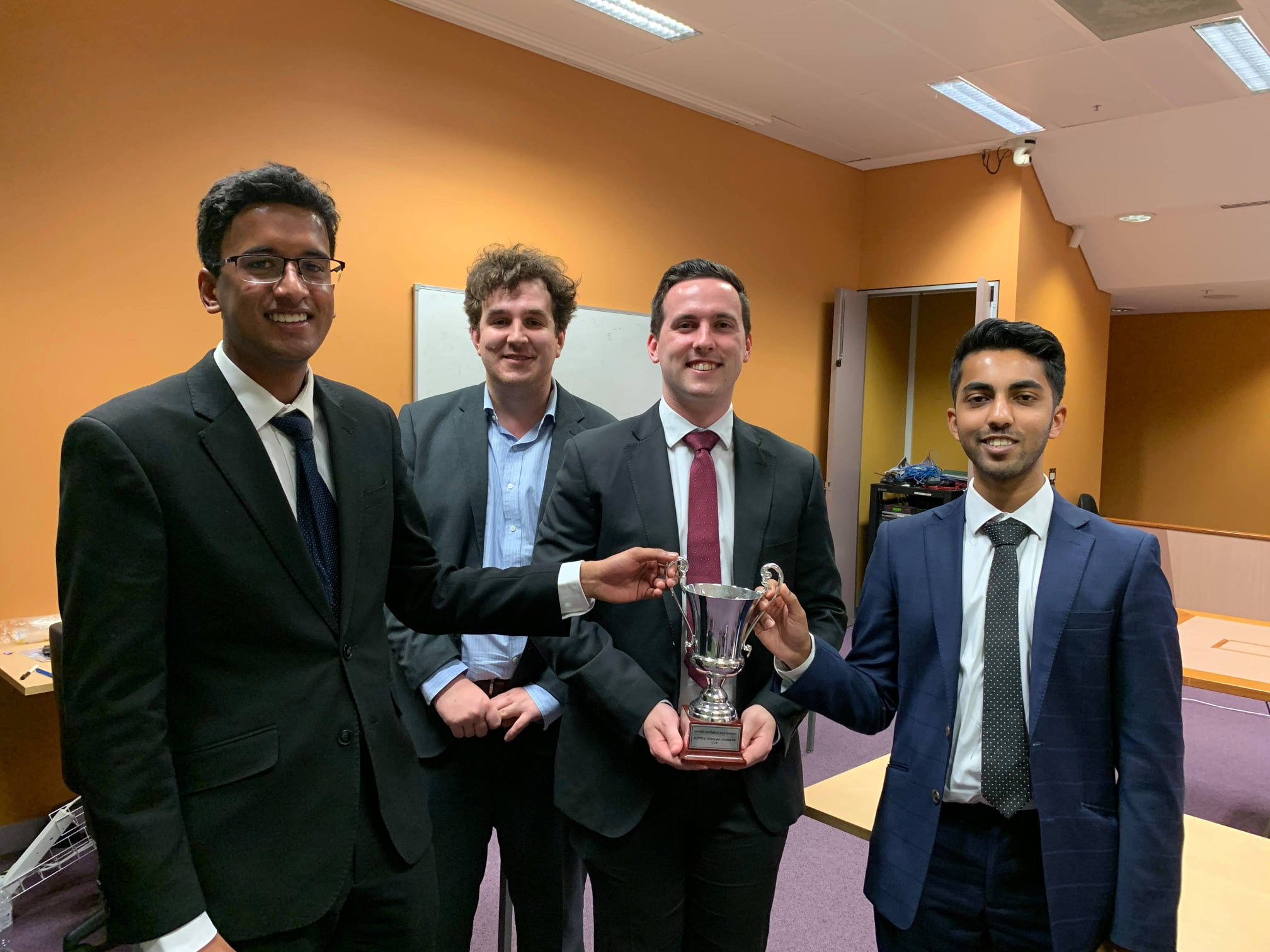 In the midst of a global pandemic, UNSW Law took home the Justice William Gummow Cup for the third year in a row

The competition, which focuses on an area of law known as equity, was judged by Justice Gummow, NSW Court of Appeal Justice Mark Leeming and former NSW Supreme Court Judge Professor Joseph Campbell from the University of Sydney.

This year’s moot focused on a legal device called an express trust, which Mr Jackson described as quite difficult.

“In particular it picked up on issues considered in a 2018 Federal Court case, Alston v Cormack Foundation Pty Ltd, which concerned a trust for the benefit of the Victorian Liberal Party,” he says.

Like every moot, Mr Jackson says the competition takes the form of a mock appeal in an intermediate appellate court.

“Students prepare (as in a real court) written submissions prior to the hearing date and are then given 40 minutes per team to argue their case before the judges.

“Preparing both of these types of submissions requires extensive time and effort.”

Mr Jackson says letting the team loose in the moot arena and watching them tackle the judge’s questions and the opponent’s arguments was an immense pleasure.

“Watching the team work together was also a delight: I was very proud of the team.”

The achievement was even more impressive given two out of three UNSW Law team members had not yet completed the core law course on equity and trusts, which teaches most of the subject-matter relevant to the moot.

“So, there was a lot to bring everybody up-to-speed on,” says Mr Jackson.

“For the third year in a row UNSW has claimed the Gummow Cup and the team should be proud of this achievement.”

“We have a great record in the Gummow Cup, so it was really a no-brainer when the opportunity arose to complete a three-peat.”

“While we do have an opportunity to write answers to problem questions during exams, we are not really arguing against another side, so mooting forces you to sense-check your argument on the run.”

Mooting provides students with a steep learning curve in legal research and writing skills as a lot of the research must be done quickly and efficiently, says Mr Jackson.

Seeing the students being questioned in-the-moment by the judges about their arguments and the facts of the various cases they cited was exhilarating and very intellectually challenging, he says.

“Having your own ideas and arguments tested by people who are far more knowledgeable and experienced than yourself is a huge thrill and a massive learning experience. It certainly trains you to think on your feet.”

But he thinks the most important aspect of mooting is the teamwork.

During the moot, Mr Jackson says the solicitor (a student who doesn’t speak but assists in this case) passes two speakers’ notes on matters including what the other side has said, whether they’re going over time on a particular topic or whether they’ve omitted to mention something important, for example.

“Tactical decisions about which arguments to run are all made as a team and the team supports each other when required,” he says.

This is one of the most valuable skills learned through mooting, Mr Jackson adds.

The success of the UNSW Law team would not be possible without the assistance of many UNSW students and alumni who volunteer their time to provide feedback in practice moots, Mr Jackson says.

“These results are testament to the dedication and wonderful teaching of the private law faculty and all faculty members at UNSW Law.”