How investors and entrepreneurs can play an accurate forecasting game

New research has quantified the size of the gap between the forecast and actual earnings of start-ups presented by entrepreneurs to potential investors. 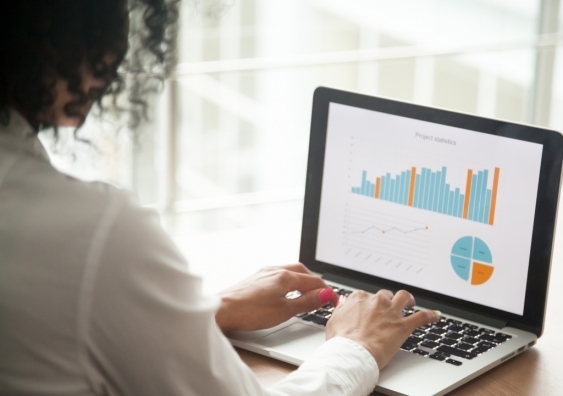 Entrepreneurs typically overestimate realised revenues by about 22 per cent in the estimates provided to potential investors the previous year, says UNSW Business School.

In particular, founder-CEOs overshoot revenues by about 15 per cent, while non-founder-CEOs do so by 27 per cent, according to research conducted by Frederik Anseel, Associate Dean of Research and Professor of Management at UNSW Business School, together with researchers at Vlerick Business School & KU Leuven and Ghent University.

While entrepreneurs are often tempted to paint an optimistic picture of the future in order to secure further funding and keep investors on board, the research has important implications for investors looking to accurately assess a start-up’s financial potential and entrepreneurs who want to develop realistically optimistic valuations for such investors.

“We discovered that both founders and non-founders have to find a way to navigate the often-conflicting expectations from investors,” said Prof. Anseel.

“Investors like ambitious goals – it’s a testament to the drive of the entrepreneur(s) concerned and holds the promise of a lucrative financial return on investment.

“As one investor we talked to formulated it: ‘We typically want to see more than 50 per cent annual growth… at the end of the day, you need to have them run fast. The more ambitious they are, the more I like it.’”

Prof. Anseel said this encourages entrepreneurs to present extremely ambitious forecasts – but entrepreneurs can also take it too far because investors also value accuracy and credibility.

“There is a fine line between presenting oneself favourably and outright lying. Entrepreneurs need to be careful that their forecasts are still credible and sufficiently accurate,” he said.

The research paper, The sandwich game: founder-CEOs and forecasting as impression management, examined how tactical (and thus, rational) entrepreneurs are when presenting forecasts to investors.

Forecasts are not simply the result of a financial accounting estimate, according to Prof. Anseel, who said they involve subjective judgment which allows entrepreneurs to present themselves less or more favourably to investors.

By tactically biasing forecasts, entrepreneurs try to navigate the conflicting expectations investors hold for them, he said.

“One of the entrepreneurs interviewed called this ‘the sandwich game’ and founder-CEOs and non-founder-CEOs play this game differently,” said Prof. Anseel.

Non-founder-CEOs have shorter-term career horizons in a venture, so they tend to care less about what intentional overshooting may do to relationships with investors.

“The costs of being wrong are less important to them,” said Prof. Anseel.

For founders, however, their business is their life’s work so they try to be positive enough to keep investors on board, but without going overboard.

“Thus, founders are not naïve dreamers but carefully weigh the pros and cons of providing an inflated forecast,” said Prof. Anseel.

Entrepreneurs may naturally ponder and ruminate how they will be seen by investors and what the implications for their venture could be, said Prof. Anseel.

“We found that investors are actually pretty good in tracking and monitoring forecasts in their investment decision-making,” he said.

“Entrepreneurs who provided overly optimistic forecasts to investors got penalised in the form of a risk downgrade.”

As such, Prof. Anseel says overoptimistic entrepreneurs don’t get away with their risky projections and are flagged on the investor’s radar.

“Moreover, despite entrepreneurs often hoping for this, we found that overly optimistic forecasts did not help in securing a next round of financing,” he said.

“So, in the end, our advice is – try to make the forecast as accurate as possible, as tactical game-playing gets picked up anyway.”