Long-term storage of aircraft is not a big risk to safety, says UNSW expert

Proper maintenance procedures are in place to ensure that planes grounded for months or years due to worldwide travel restrictions are not an additional danger when they fly again. 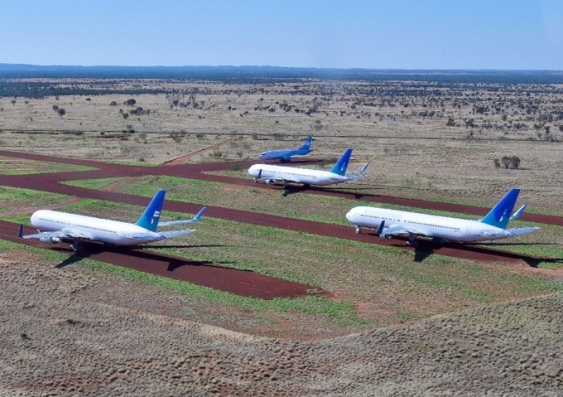 Air passengers should not be concerned about flying in the future, according to a UNSW Sydney aerospace expert – despite many aircraft being held in long-term storage due to the COVID-19 pandemic.

Air safety was brought into focus earlier this month when 62 people died following the crash of a Sriwijaya Air Boeing 737 shortly after take-off from Jakarta in Indonesia. The aircraft involved in that incident had been in long-term storage for many months during 2020.

The COVID-19 pandemic has led to a huge decrease in air travel in the past year, especially on intercontinental routes, and subsequently forced airlines around the world to ground thousands of aircraft for long periods.

The European Union Aviation Safety Agency (EASA) said in a Safety Information Bulletin released last August that it had noticed an ‘alarming trend’ in the number of reports of unreliable speed and altitude indications during the first flights following the aircraft leaving storage, caused by contaminated air data systems.

A significant percentage of those contaminations were due, it said, to the accumulation of foreign objects, such as insect nests, in the pitot static system which crucially monitors airspeed and altitude. They recommended careful compliance with the maintenance procedures for stored aircraft coming back into service.

But Dr Sonya Brown, senior lecturer in aerospace design at UNSW Engineering, says there is no reason for passengers to be unduly worried about the condition of stored aircraft – even if planes remain grounded for longer periods due to extended border restrictions.

"In any aircraft maintenance manual there are procedures for grounding the plane and they're very, very specific about what should be done depending on the different lengths of storage," Dr Brown says.

"And if the aircraft is stored correctly, and if all those procedures are followed by the appropriately licensed personnel, there is very little additional risk.

"It is also dependent on environmental factors. So that's why somewhere like Alice Springs is often used as a storage facility, as well as the desert in Arizona, because they've got very low humidity, so it reduces the chance of some of the degradation we might see." 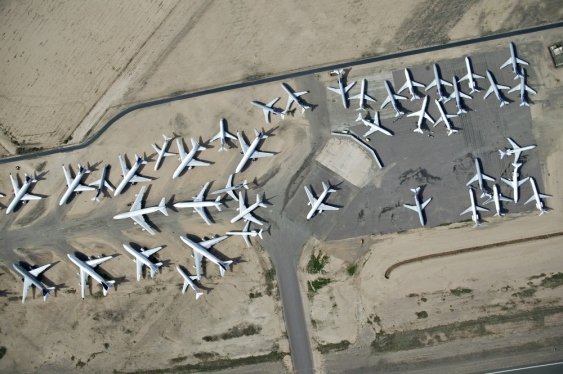 Many aircraft are sent to long-term storage facilities in desert regions where the low humidity helps prevent damage to the plane and its crucial flight systems. Image from Shutterstock

The storage facility in Alice Springs, run by Asia Pacific Aircraft Storage (APAS), has grown rapidly since the pandemic heavily impacted air travel and could ultimately hold up to 200 planes.

The company also increased its maintenance staffing levels to 70, with plans for future expansion if required.

In terms of local fleets, and with intercontinental travel to and from Australia decimated, Qantas has put 12 of their long-haul Airbus A380s into storage in the Mojave desert in the USA until 2023. In addition, 11 of their Boeing 787s have also been grounded long-term at the same facility.

In total, Qantas announced last June they would put around 100 planes in storage for at least a year, and likely for even longer as the Australian government seems reluctant to open its borders quickly.

Even before the COVID pandemic, aircraft would be taken out of regular service and go into storage due to, for example, varying levels of passenger demand during the year.

But Dr Brown acknowledges this is an unprecedented situation with regards to the sheer number of planes sitting unused for long periods of time, which could potentially cause some issues.

"The problem we have in this COVID environment is that normally storage would be happening a small number of times to small numbers of aircraft, and the airlines or the facilities have a dedicated crew to maintain them properly," the lecturer in the School of Mechanical and Manufacturing Engineering explains.

"But with COVID, there are so many planes worldwide going into storage and that means some might end up in non-ideal conditions, or in places without the appropriate equipment, or with not enough proper maintenance personnel.

"There will be a lot of maintenance people who haven't dealt with these storage issues very regularly, and if they haven't done the procedures often before, they might not necessarily spot something. And that’s where some additional risk may come into play, simply because the increased numbers of stored planes could lead to more imperfections in the process." 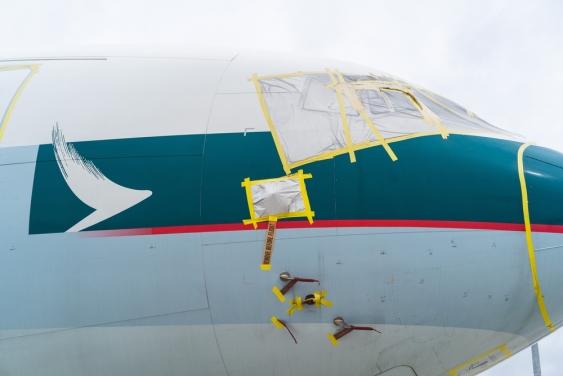 Many flight systems are covered up to prevent damage when planes go into long-term storage. Image from Shutterstock

However, Dr Brown says those potential issues are mitigated by the fact that it’s likely to be a long and slow process to get back to the previous ‘normal’ levels of air travel.

"April 2020 was the very lowest point in terms of air traffic and ever since then there has been a continual gradual increase," she explains.

"I don’t think the airlines are going to suddenly need a lot of these stored aircraft to be ready at short notice, so the fact they are likely to come back into service gradually and slowly means there should be time to do the proper inspections fully."