States housed 40,000 people for the COVID emergency. Now rough sleeper numbers are back on the up 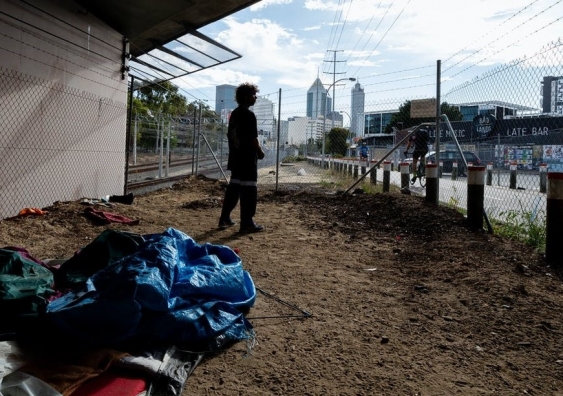 Australian governments acted to protect homeless people from COVID-19 in 2020 on an even larger scale than previously thought. In the first six months of the pandemic, the four states that launched emergency programs housed more than 40,000 rough sleepers and others.

Read more: The need to house everyone has never been clearer. Here's a 2-step strategy to get it done

Drawing on previously unreleased official statistics, our newly published international comparative research reveals the people these programs helped in Australia outnumbered the 33,000 rough sleepers and others housed in England by the equivalent Everyone In initiative. Australia’s population is less than half that of England.

What happens when emergency housing ends?

The numbers Australia’s emergency housing program needed to shelter showed our homelessness problem is much larger than often imagined. The 8,200 people counted as sleeping rough on census night 2016 were only the tip of the iceberg.

Attempts to transfer people from emergency accommodation to longer-term tenancies have also generally been far less successful than in England. By the end of 2020, England’s local authorities had moved two-thirds of their former rough sleepers from temporary placements to more stable housing. As our research shows, despite determined efforts, Australian state governments managed this for less than a third of rough sleepers departing emergency hotel stays in 2020.

Many will have returned to the streets or to homeless shelters. Rough sleeper numbers once again increased in Adelaide and Sydney after mid-year. 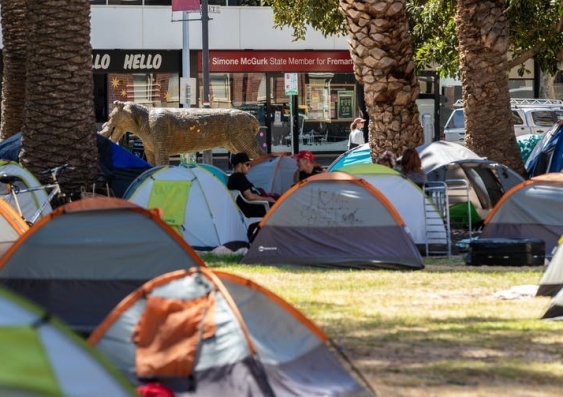 A ‘tent city’ of homeless people in a Fremantle park was dismantled by order of the Western Australian government in late January 2021. Photo: David Crosling/AAP.

To a great extent Australia’s poor showing reflects our growing social housing deficit, as well as inadequate rent assistance and other social security benefits (at their standard rates). All of these factors are barriers to helping low-income Australians into stable long-term housing.

Alongside protecting rough sleepers, Australian government actions to shield vulnerable renters who lost jobs and incomes in the pandemic were also relatively effective. These efforts include federal income protection (JobKeeper and Coronavirus Supplement) and state and territory restrictions on evictions.

The short-term success of these measures is clear. Despite a substantial rise in unemployment, there has been – as yet – no sign of any up-tick in homelessness.

At the same time, though, ministerial advice that tenants with COVID-triggered income losses should negotiate rent reductions with landlords came with few ground rules on how to reach such settlements.

Survey evidence shows many property owners refused to reduce rents. At least one in four renters lost income during the pandemic, but no more than 16 per cent (and possibly as few as 8 per cent) got a rent variation. And many variations were only in the form of rent deferrals, not reductions.

The survey data imply at least 75,000 tenants, and possibly as many as 175,000, have been accumulating deferral-generated arrears. These mounting debts could put some at risk of losing their home when eviction moratoriums end. That’s early in 2021 in most states and territories.

Read more: Cutting JobSeeker payments will cause crippling rental stress in our cities

Our research also highlights the unusually small direct contribution of the Australian government to protecting homeless people during the pandemic. Even in other federations – Canada and the United States – national governments played a significant role.

In Australia, the Commonwealth government made no direct input to covering the substantial costs involved. Nor did it play any part in even monitoring, let alone coordinating, the remarkable efforts of the active states.

Canberra has also steadfastly rejected calls for a social housing stimulus program for national economic recovery. This disengagement fits with a now-familiar refrain from federal ministers. Housing and homelessness, they repeat time and again, are constitutional obligations of state and territory governments. 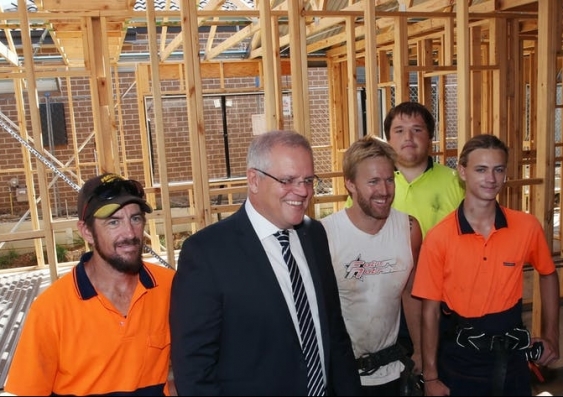 The Morrison government is subsidising private housing construction and renovations but won’t pitch in for social housing. Photo: Richard Wainwright/AAP.

Read more: Why the focus of stimulus plans has to be construction that puts social housing first

Read more: Why more housing stimulus will be needed to sustain recovery

Granted, that’s an accurate statement for housing and homelessness service delivery. But, especially given the Commonwealth’s control of the vital policy levers of tax and social security, the two levels of government must in reality share responsibility for housing outcomes.

The Victorian government’s A$5.4 billion Big Housing Build shows states may commit to investment in social rental housing on a scale far beyond what had been thought possible. But the fact remains that state and territory governments have much less financial firepower than our national government. It’s fanciful to imagine significant programs being widely initiated or maintained without hefty federal backing.

Read more: Victoria's $5.4bn Big Housing Build: it is big, but the social housing challenge is even bigger

For all of these reasons, when the pandemic has finally subsided, it’s only with federal government leadership that we can effectively tackle the fundamental flaws in Australia’s housing system. These have been glaringly exposed by the public health crisis of the past 12 months. Without purposeful re-engagement by our national government, Australia’s housing policy challenges will only continue to intensify.

Read more: Australia's housing system needs a big shake-up: here's how we can crack this