Bad times call for bold measures: three ways to fix the appalling treatment of women in our national parliament

Our prime minister, and many other politicians, appear to not understand the problem with the treatment of women. Here are three problems and three solutions. 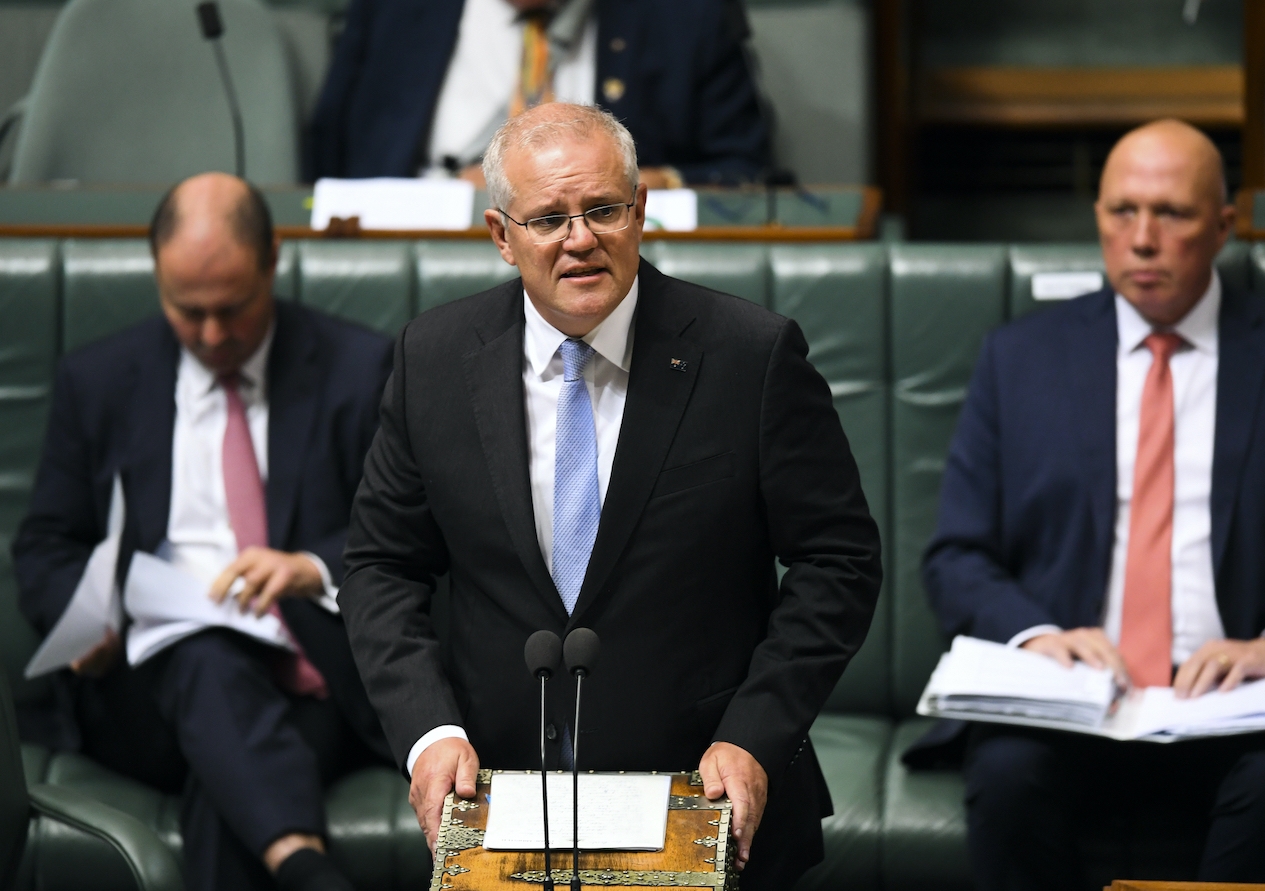 In the wake of yet another week of disgusting behaviour and inadequate responses rolling out of federal parliament, it is abundantly clear Prime Minister Scott Morrison is clueless about how to fix it.

He is not the only one, judging by the equally superficial responses of many politicians confronted with evidence of systemic violence against women at the heart of Australian politics.

So what is the problem? And how might we address it?

1) They must understand this is not just a problem about men behaving badly or about women being victims of this behaviour. Rather, it is a problem arising from the operation of what I call a “gendered logic of appropriateness”. By this I mean there are deeply embedded norms of behaviour – in this case masculine norms – that become the accepted ways of acting within an organisation.

We see a gendered logic of appropriateness in the Australian parliament reflected in its bullying culture, its adversarial debates and name calling. This is disguised as “politics as usual” and, unlike in other workplaces, it is protected by parliamentary privilege.

Given the revelations of the past month, it is now undeniable that this logic also includes norms of behaviour that support the mistreatment of women and, no doubt, some men. Such behaviour exists on a continuum from catcalls to verbal abuse to sexual harassment and abuse.

Men who perform such behaviour do so with impunity. As this is about gender norms, women can be perpetrators too – belittling other women or giving cover to men who are abusive.

Read more: Memo Liberal women: if you really want to confront misogyny in your party, you need to fix the policies

2) They must acknowledge the steep, deeply entrenched and gendered asymmetric power relations that structure the parliamentary arena. It is a deeply hierachical place, and men dominate the upper echelons.

3) They must recognise the narrow cohort from which these men are drawn. They are primarily white, university-educated and from private schools, middle-class men. Aside from their political differences, they share most other things in common.

One key problem is that these men have worked their way through relatively similar political party structures – which have foundations in immature, winner-takes-all, university politics. It is in these political parties that women and other marginalised groups first struggle to fit to the gendered status quo that dominates our political party system. Very often, they flee from it.

British feminist scholar Joni Lovenduski has noted in the UK political parties have been the “main distributors” of traditional masculinity in politics. In Australia, we appear to have perfectly mimicked this practice.

So now for the big question: what is to be done?

The prime minister’s announcement of a range of “training” initiatives in response to recent allegations of sexual abuse within Parliament House demonstrates his lack of understanding of the deep structural changes that are required to address it. Training programs will be nowhere near enough.

To achieve change will require action to disrupt the gender status quo on three levels.

1) New rules are required to outlaw derogatory speech, verbal and physical acts of bullying and sexual harassment and abuse. Standard human resources policies must also apply to all parliamentary workers. Independent complaint-based mechanisms, compensation and reparation measures must be made available for those experiencing sexual abuse.

The Sex Discrimination Commissioner’s investigation has the scope to set these new rules. But it is up to political leaders to ensure these rules are enforced, through sanctions, and applied consistently. Unless and until impunity is addressed, the existing parliamentary gender logic will remain in place.

2) Power is a feature of politics. It is impossible to rid parliament of its power dimensions, but we need new systems to report its abuse. These systems should build on human rights principles that acknowledge the rights of all people to privacy, to fully and equally participate in political life and to be free from violence.

Practically, this means developing strong policies and accountability practices not only within parliament itself, but within political parties, which distribute masculine gender norms. Recognition of gender, race and other forms of equality is essential within these parties, including within the junior ranks, where our future political leaders are incubated.

The ALP has started this process with its recent policy on sexual harassment but it needs to go much further to address more serious forms of abuse. The Liberal Party has developed a national code of conduct, but with vague enforcement mechanisms and sanctions left up to state branches.

3) There is an urgent need to increase diversity within parliament to better represent the wider Australian community and disrupt the status quo. The ALP has shown the value of gender quotas for diversifying its ranks.

Given recent events, Liberal and National members’ application of a “merit” argument to defend against quotas has been well and truly debunked.

Read more: View from The Hill: Scott Morrison becomes tangled in his own spider web

Perhaps the most rational path forward is to introduce a system of parliamentary quotas. A good place to start is to follow the now accepted practice in many law firms that have 40:40:20 recruitment practices appointing 40% women, 40% men and leaving 20% for either sex and non-binary employees.

After all, bad times call for bold measures.