History repeating: the surprising link between toxic masculinity and Australia's convict past

Research from a unique natural experiment shows how strict ideas about masculinity can emerge when men vastly outnumber women. 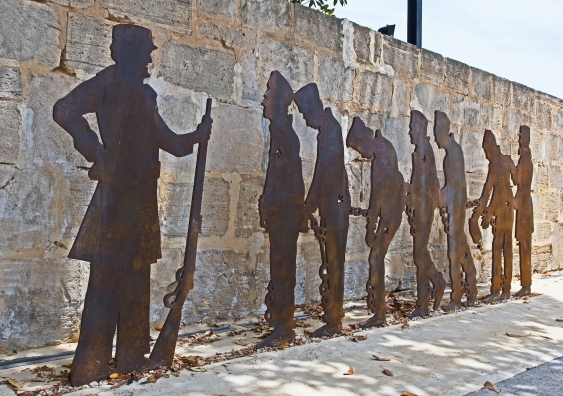 It has been a momentous, demanding few weeks for Australia. Amid growing revelations of sexual assaults and toxic workplaces and people taking to the streets to voice their anger and frustration, it’s possible we are finally facing a reckoning on gender relations.

But as we debate – again – how to move into a more equal future, it is also useful to look to our convict past. This has an impact on the issues we face today, and in particular, our idea of masculine norms.

My research with colleagues Victoria Baranov and Ralph De Haas has used data from a unique natural experiment – convict Australia. This was a time when men far outnumbered women.

We found those early days of intensified competition between men, and the violence that stemmed from this, created behaviours – and dangerous norms about masculinity – that continue in modern Australia today.

According to traditional gender norms, men should be self-reliant, assertive, competitive, violent when needed, and in control of their emotions.

In our recent research, we argued strict masculinity norms can emerge when men vastly outnumber women. This is due to competition increasing and intensifying among men because there are fewer women to partner with.

This can intensify violence, bullying, and intimidating behaviours that, once entrenched in local culture, continue to manifest themselves long after sex ratios have normalised.

We tested this hypothesis using data on the convict colonisation of Australia. In just under 100 years, between 1787 and 1868, Britain transported 132,308 convict men and only 24,960 convict women to Australia. Migrants were also mostly male. So, there were far more men than women in Australia until well into the 20th century.

We used historical census data and combined them with current data on violence, sexual and domestic assault, suicide and bullying in schools. From that, we were able to see the regions with significantly more men than women back in convict times still experience problems today. This is even when we account for the influence of the total number of convicts, geographic characteristics, and present-day characteristics of these regions, including education, religion, urbanisation and income.

First, we looked at the impact of the convict gender imbalance on current day violence and health outcomes.

Read more: What Australia's convict past reveals about women, men, marriage and work

Our research also shows assault and sexual assault are much higher today in parts of Australia that were more male in the colonial past. We also find much higher rates of bullying among boys in schools, as reported by parents or teachers.

But it’s not just violence where we experience this hangover from the past.

Areas with more men in convict times are the same regions today with an otherwise-unexplained high share of men choosing more stereotypically male occupations (such as carpenters or metal workers, as opposed to teachers or nurses). We also found the more males outnumbered women in convict times, the less likely people were to support same-sex marriage in modern day Australia.

How does this help us today?

Our research suggests environments in which men dominate numerically – and are put in intense competition with one another – can deeply and durably shape behaviours associated with toxic masculinity.

These are characterised by violence, sexual assault, bullying in schools, opposition to sexual minority rights but also mental health problems and suicide. 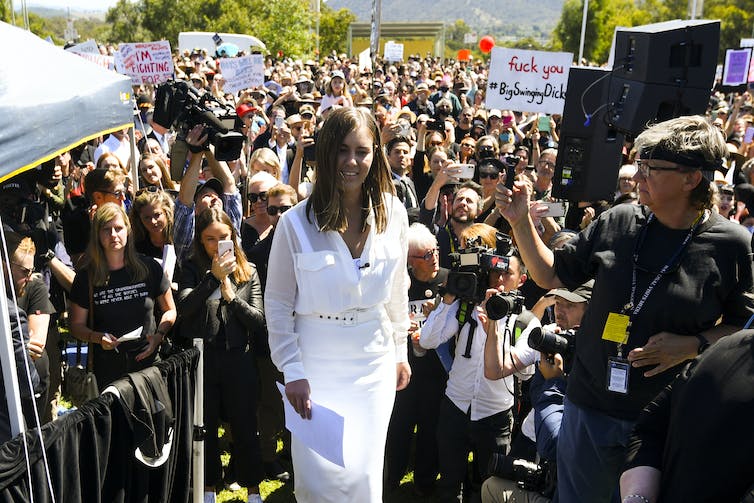 While our experimental setting is unique, there’s lots we can take from this, particularly about the long-term consequences of skewed sex ratios we are currently seeing in countries such as China, India, and parts of the Middle East. But also about skewed sex ratios in other environments.

Read more: How challenging masculine stereotypes is good for men

So stop telling your sons to toughen up and to be dominant at all costs. Tell them they don’t have to compete all the time. Tell them it’s OK to cry.

Pauline Grosjean also talks about toxic masculinity and convict Australia on the Seriously Social podcast by the Academy of the Social Sciences in Australia.