Transforming an island with adaptive leadership 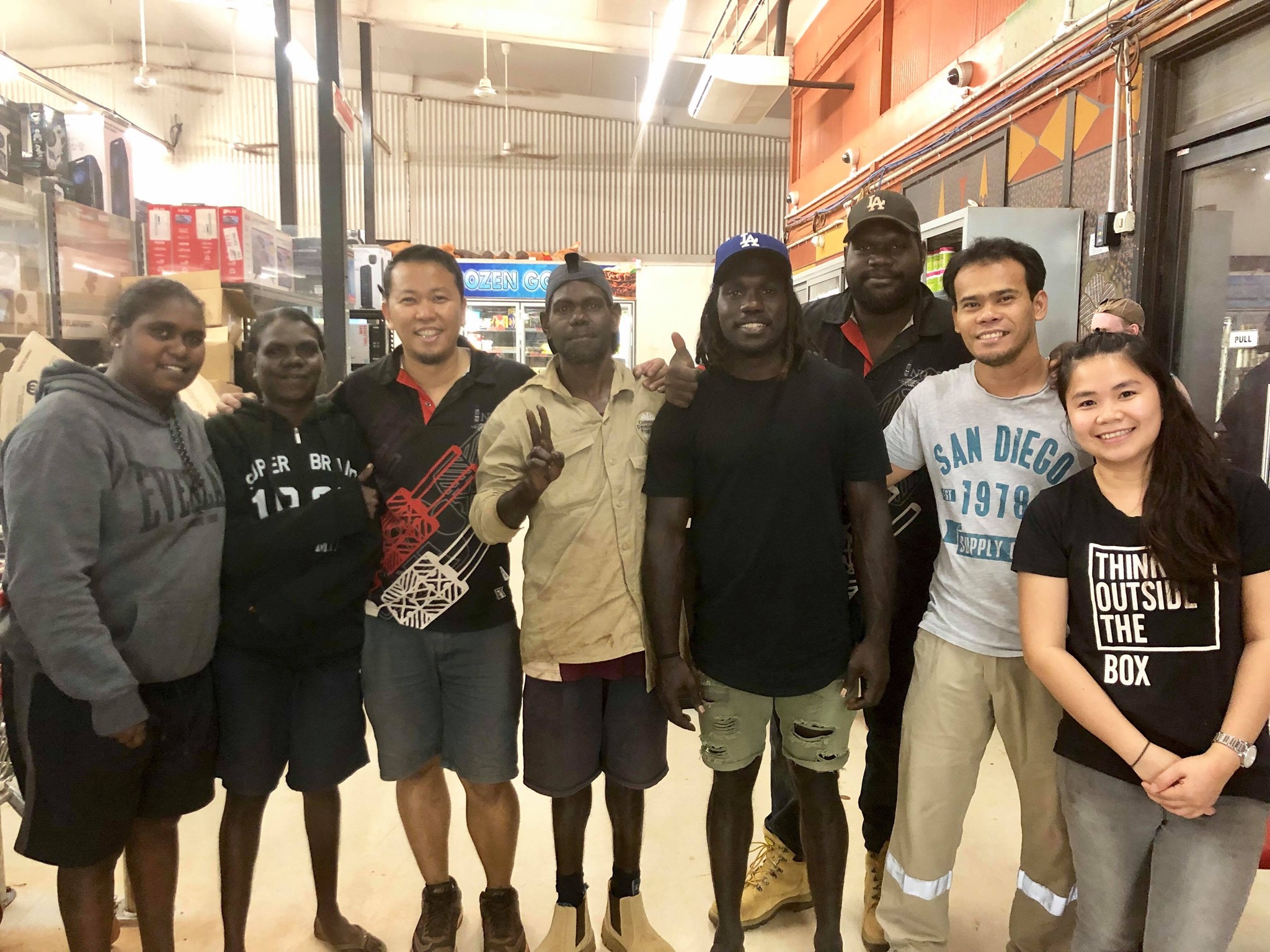 Originally from the Philippines and with a background in finance, Louie de Guzman, followed his desire to make a difference and sense of adventure to the Tiwi Islands in the Northern Territory, where he accepted a position as a Finance Manager at NUA (Nguiu Ullintjinni Association Incorporated), a local not-for-profit (NFP) and charity, in 2012.

With a population of just 2,500 people, NUA has an essential role, operating the local supermarket, restaurant, café and bakery, post office, fuel and home delivery.

“I initially only planned to stay for two years,” Louie said.

“From the moment I took over, I could see that there were gaps in my knowledge and experience in managing and directing this big organisation,” Louie said.

NUA’s role on the island

NUA was founded in 1971 and throughout the years it has remained self-reliant and independent. Operating as a NFP and charity, much of the income goes back into the community in the form of community donations such as funeral, serious medical cases, provision of allowance money for clothes and sponsorships. NUA is the biggest employer in the Tiwi Islands, employing roughly 40 people and giving them opportunities that would not otherwise exist.

“The organisation is really like the centre of gravity in the community,” Louie said. “Most people don’t have any savings here and barely have enough to get by every week. When emergencies happen – for example, if a family member is dying in Darwin and the doctor says to the family you have to fly to Darwin to say goodbye, but your family doesn’t have anything to pay for airfare – they come here and ask for help.” 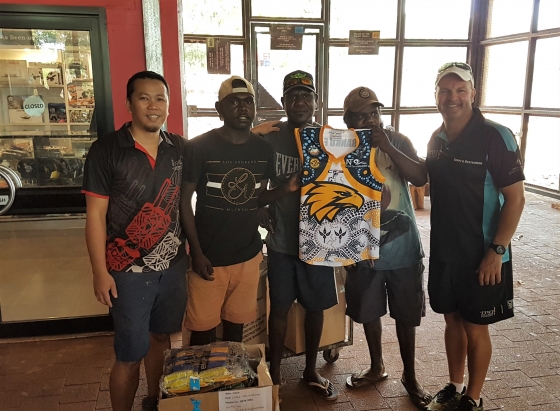 NUA also sponsors six AFL teams and provides the players with jerseys and equipment for the league. It supports local schools and the hospital and provides donations for students to go on excursions. NUA also awards $200 gift vouchers to students who graduate.

Realising how important the organisation was to the Tiwi Islands, Louie decided to stay longer-term when the Outback, a government subsidised chain of community stores, entered the market in 2013. NUA had previously operated as a monopoly and it wasn’t initially equipped to compete with the Outback. As a result, NUA found itself losing money quickly and in a very precarious situation.

Louie explained, “Obviously, they had cheaper prices for basic commodities because they were subsidised. I had to overhaul and transform the organisation – for example, reorganising and overhauling the staff, setting up processes – there was a lot of work to do and there were many inefficiencies.”

“We added a bakery and a café, we built a post office and we set up bingo games as well. We renovated and upgraded our equipment and kept expanding,” Louie said. “Within five years, we outcompeted the Outback and it went out of business.”

“So that’s the reason I stayed,” Louie added, “knowing the role NUA had in the community and how much the community relied on us was important, and so I took charge and initiated those changes.”

Acquiring and bringing back skills

However, Louie wanted to take his curiosity and desire to learn more advanced skills one step further. His goal was to earn his MBA from AGSM @ UNSW Business School, where he could acquire and bring back the skills he learned into the community itself.

“The environment and situation I was thrown into had me feeling like I was a walking experiment,” Louie said. “I knew I could do better for my community than operating off just a hunch, operating off my intuition. I don’t like that feeling and I wanted my business decisions for NUA to be evidence-based.”

In 2020, Louie was the recipient of the Andrew Thyne Reid Scholarship, designed for an outstanding executive from the NFP sector entering their final year of the AGSM MBA (Executive) program. He graduated in December 2020 and was the only executive student in his cohort to complete his MBA while working full-time in just two short years.

“When I first started my MBA, I thought I would learn an exact solution, like a formula or an equation and if I learned this formula, it would help me run NUA,” said Louie. “Instead, AGSM taught me to be resilient and adaptable. I learned that we cannot only adapt, but we can shape our environment. It’s really about using innovative thinking and a design thinking approach of, OK let’s understand what the situation is, let’s get the data and the evidence and then let’s try to formulate a solution using what we know.”

“Now that I understand the basic elements of the organisation, I can break it down, piece things together and reengineer it to be better,” Louie said.

When asked what’s next in his future, Louie replied, “The next stage is to create a synergy between all of these different business segments. We’re trying to transform it into a shopping centre location. We want to become a business facilitator in the community, that is, we don’t necessarily have to operate the business.”

Louie would like to provide a space for Aboriginal people, who make up roughly 95 per cent of the population of the island, to start their own businesses.

When asked if he would stay long-term in the Tiwi Islands, Louie wished to share his final thoughts instead. “The experience and skills I learned from my MBA are needed here,” he said. “The gap is so wide in terms of living conditions, economic and educational differences. We need to bridge that gap by gaining the right knowledge, training and skills. For future students I would say, if you are willing to go into these areas and invest time into it, you could really change people’s lives – you could transform communities.”

“For me, it’s not just about the business side of knowing the knowledge and skills,” he added, “it’s about seeing ideas come to life and watching the community transform.”