What is the point of awareness days?

While there are many different days dedicated to raising awareness, many go beyond simply drawing attention to a cause. 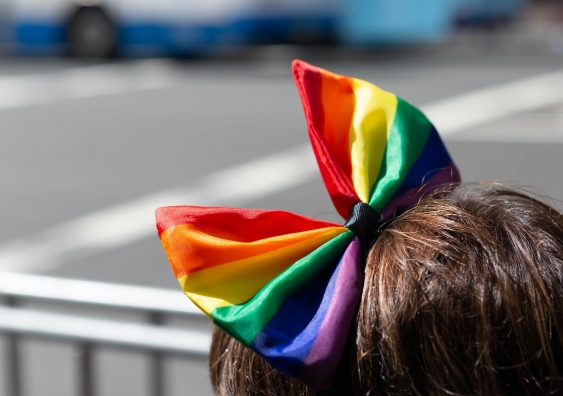 The growing number of days in the calendar designated for raising awareness for different causes can be overwhelming. But while it’s easy to dismiss them all as simply just talk, there are more to these days than what you might think.

Associate Professor Christy Newman, UNSW Centre for Social Research in Health, conducts social research in health, gender and sexuality to advance the health and wellbeing of communities affected by stigma, discrimination and marginalisation.

She says that while awareness days are still true to their mission, many have evolved in ways that extend beyond simply drawing attention to a cause.

“Awareness days can mean lots of different things to lots of different people,” A/Prof. Newman says. “If we look at Mardi Gras… it started as a protest, and that remains at its heart, but now it’s a festival with lots of different events, and it has a cultural function that goes far beyond its original intention.”

There are many facets awareness days capture, including public education and visibility. But many can also be days of celebration and pride, mourning and memorialisation.

“Part of an awareness day is to provide a space for people in these communities to be who they want to be. Part of it is also communicating to people outside those communities about the fight for equality and representation, safety and rights,” A/Prof. Newman says.

A/Prof. Newman says while some might dismiss awareness days as just talk, they’re essential for taking the time and space to engage in public discussions and start a conversation. They can often be the first step in initiating social change.

“With Mardi Gras, it’s an excellent opportunity to engage in public conversation about how we think about gender and sexuality. It also builds a sense of connection and belonging with people who are seeking to develop understanding and recognition of concepts they identify with.” 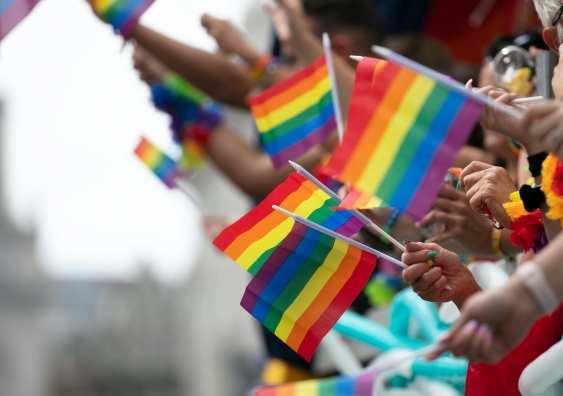 Awareness events like Mardi Gras are an opportunity for allies to demonstrate their support. Photo: Shutterstock.

“For example, sharing a profile photo frame on Facebook, which awareness days have capitalised on, is a collective opportunity to say this is something that matters to us. We want others in our networks also to know this is what we care about, and we hope they will too.”

A/Prof. Newman says Mardi Gras, in particular, can be an occasion that brings together the fights for rights and recognition often conducted by competing groups in separate environments.

“Mardi Gras recognises these areas in which the rights of sexual and gender diverse communities are being practised have shared points of connection and can be working together for social change.”

Representation – even in a crowd

While it may look as though the calendar of awareness days across the year is increasingly crowded, given the number of ways people now identify, many remain underrepresented in the calendar, A/Prof. Newman says.

“The ways people identify are becoming more and more specific and fine-tuned. So there needs to be a complex calendar of days for recognising all of these different reasons people want to mark their experience and those of others.”

Tierney Marey, a postgraduate research student in the School of Education at UNSW Arts, Design and Architecture and experienced equity, diversity and inclusion practitioner currently in the UNSW Peer Connections team, says occasions like Mardi Gras often capture a much broader audience with its platform.

“Sometimes Mardi Gras can be seen as just a fun and frivolous festival, but there’s so much more depth to it,” Ms Marey says. “There’s legacy, and there’s history there, and it is iconic and renowned throughout the world.”

Ms Marey says Mardi Gras is often the first place that young queer people notice the LGBTQIA+ community and people who might reflect their experience.

“We don’t have a lot of other moments for the LGBTQIA+ community to be centre stage, and all the differences and the diversity within the community is showcased.

“It’s a celebration, and it’s a protest, it’s an event that defies that idea that queer or LGBTQIA+ communities only have solemn and serious moments to advocate, and that it is possible to be both vibrant and enact social change.”

Mardi Gras this year will be a little bit different with COVID-19 restrictions. A/Prof. Newman says the impact of the pandemic on the queer community has been enormous.

“Often, people of diverse sexualities and diverse genders live in contexts where they are not safe to be the people they are and express a self that they value most in their everyday lives.

“Mardi Gras is so important as a space where you know that you can fully be out as that person that you know yourself to be.”

Ms Marey says awareness events like Mardi Gras are opportunities for allies to demonstrate their support. It’s also ­an opportunity to acknowledge the work done in community organisations on the ground in advocating for diverse sexualities and gender diverse communities.

“My research is on the embodiment of equity labour [the work of promoting equity, diversity and inclusion in an organisation], and I can’t help but think how embodied Mardi Gras is,” Ms Marey says.

“While a lot of big decisions are made in boardrooms, on policy papers and in law, the activism and agency and change come from the streets, and from the sweat, the tears, the push, the fight, which is really important to remember and honour.”

While Mardi Gras is also an event for organisations to be involved with, it has to be backed up the next day with action, Ms Marey says. Raising awareness comes with the responsibility to do something about what you’re aware of.

“Because Mardi Gras is so visible, it offers individuals, communities, and organisations an opportunity to rise to the occasion,” Ms Marey says.

“But if you are going to participate, it’s a chance to reflect and consider how you need to give back to the LGBTQIA+ community beyond the event.”