Goodwin-Gill at ASIL: UNHCR mandate needs to be updated 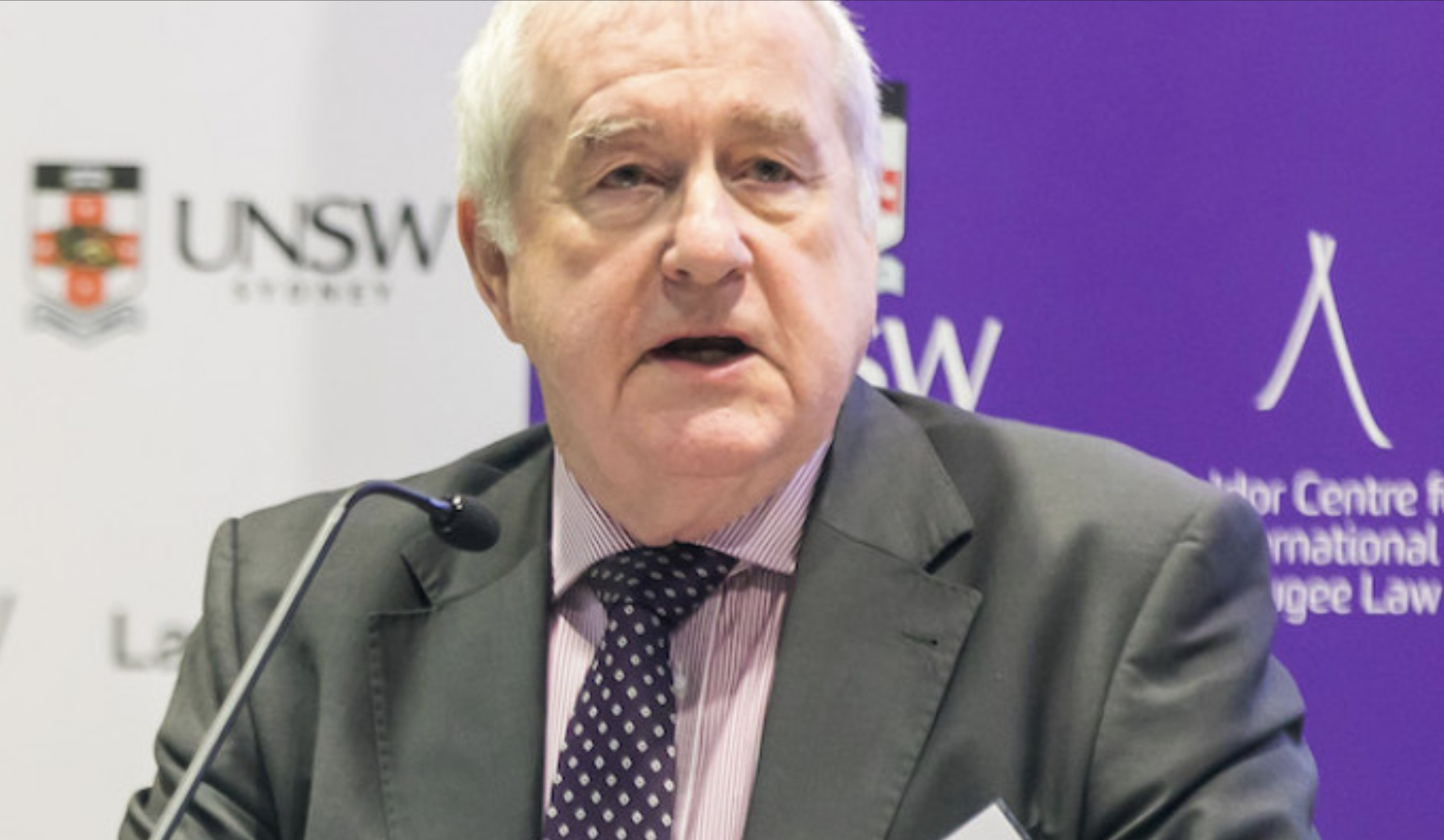 "What is needed is not a new convention, but a very substantially revised institutional base for United Nations activities concerning population displacement," the Kaldor Centre’s Prof. Goodwin-Gill said in his address, Look both ways: Future and historical perspectives on the Refugee Convention at 70.

"Like the 1951 Convention, UNHCR’s Statute was adopted by the General Assembly 70 years ago," he said. "It has not changed since."

Prof. Goodwin-Gill outlined six specific updates that would clarify the High Commissioner’s mandate to provide protection and assistance to refugees, the stateless, the internally displaced, and to migrants without protection.

"These changes are not novel but reflect what has been achieved piece-meal by the General Assembly over the past 70 years, and what has been mostly accepted and recognised in the practice of States.

"Specifically, therefore, the revision should recognise that the term refugee with a well-founded fear of persecution should also accommodate contemporary practice, including gender and sexual orientation.

"Second, and consistently with the non-refoulement requirement of CAT84 and the complementary jurisprudence developed by the Human Rights Committee and regional courts and tribunals, the term ‘refugee’ should also include those who there are substantial reasons to believe will be at risk of torture.

"Third, again taking account of regional developments, the term ‘refugees’ should include those who have fled or who are unable to return to their country of origin by reason of internal or international armed conflict or events seriously disturbing public order.

"Fourth, stateless persons should be included, as defined in international treaties providing for status and the reduction of statelessness, who do not enjoy the protection of any government.

"Fifth, internally displaced persons should be included, as they are defined in the now widely accepted Guiding Principles.

"And sixth, and most controversial perhaps, one particular category of migrants should be included – that is, persons who have moved or been moved, voluntarily or involuntarily, from one State to another, irrespective of their status and whether or not they have been smuggled or trafficked."

Prof. Goodwin-Gill said governments show not fear new obligations in a revised statute. Instead, "it will help to fill an important protection gap and complement States as they seek to implement the 1951 Convention and their other international obligations towards the involuntarily displaced."