The significance of Teitiota v New Zealand: McAdam speaks at the British Institute of International and Comparative Law

What legal questions spring from the 2019 UN Human Rights Committee ruling in the matter of Teitiota v New Zealand, which recognized that it is unlawful for States to deport people to countries where the impacts of climate change expose them to life-threatening risks? 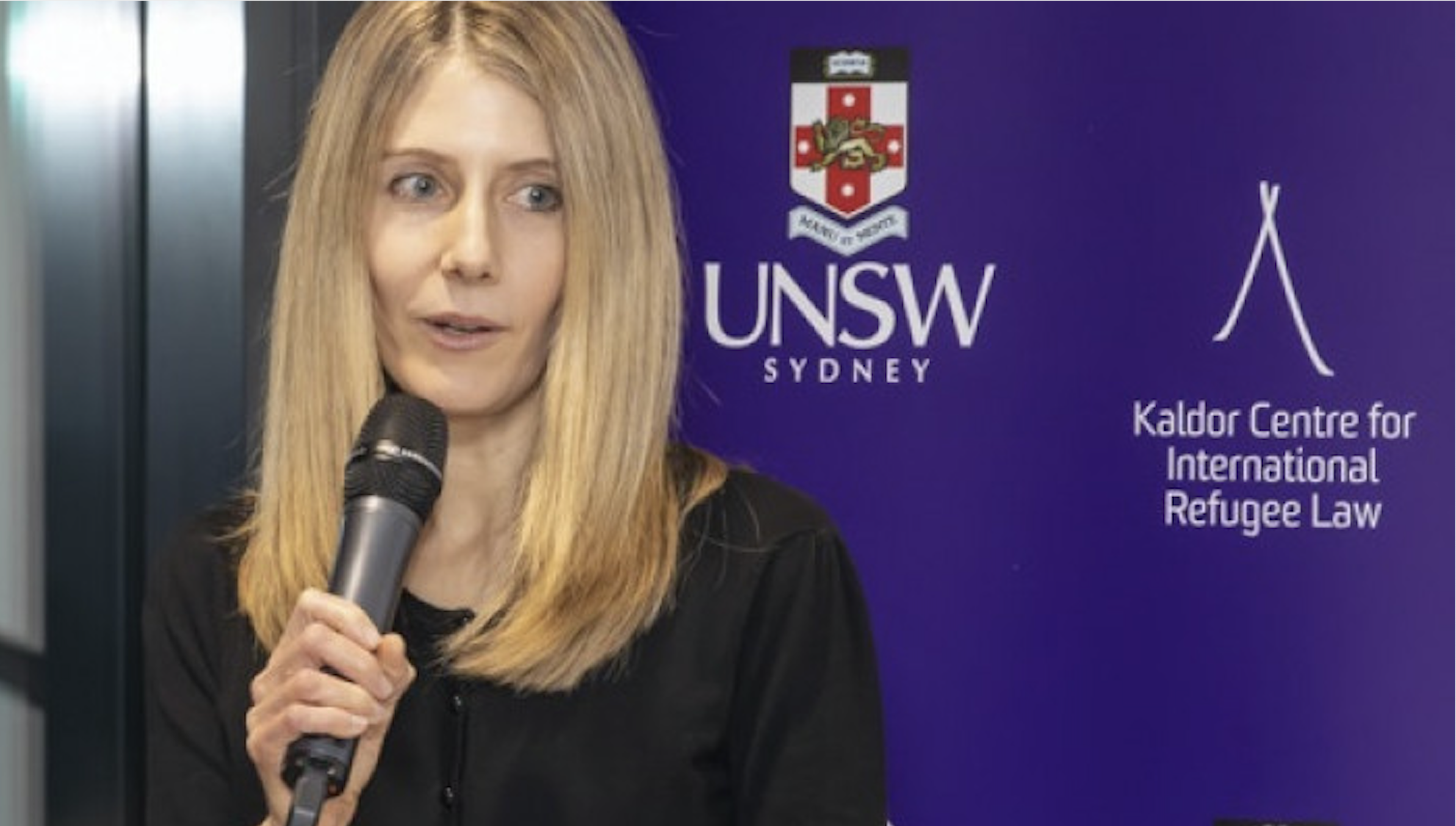 In her presentation to the 17 March British Institute of International and Comparative Law (BIICL) webinar, ‘Rising Sea Levels: Promoting Climate Justice through International Law’, Kaldor Centre Director Jane McAdam sifted through the issues that can arise when people resist return to their own country on the basis that the effects of disasters or climate change make it too dangerous or intolerable.

The Teitiota case, she said, has helpfully clarified the application of the principle of non-refoulement in the context of climate change-related harms, building a clear line of authority from the national to the international level.

"On the one hand, the Committee’s decision was a landmark determination,’ McAdam said. It not only means that “as climate impacts worsen, future similar claims might well succeed”, but that even now, a different individual, in another part of the world, might already have a valid protection claim.

"On the other hand, the Committee’s decision was 'not a legal revolution'", she cautioned. That is because the underlying legal principles were already very well-established, both in scholarship and practice.

"The significance of the decision lies in the Human Rights Committee’s explicit recognition that the impacts of climate change may themselves be a bar to removal, and, secondly, in its authoritative nature, which will be influential on future jurisprudence – and potentially also policymaking," she told the BIICL audience.

The issue is not theoretical. Already more people are displaced within their own countries by disasters than by conflict – 75 per cent compared to 25 per cent. The numbers are also likely to rise as climate change increases the frequency and/or intensity of natural hazards.

"People should not have to wait until their lives are imminently threatened," said McAdam. "As the Committee itself recognised, conditions 'may become incompatible with the right to life with dignity before the risk is realized', and as one Committee member noted, it would 'be counterintuitive to the protection of life, to wait for deaths to be very frequent and considerable; in order to consider the threshold of risk as met.'"

McAdam said that while international law has a distinct role to play, it’s not the answer on its own.

"We need a far broader toolbox of responses at the local, national, regional and international levels to address mobility in this context, as set out in the Nansen Initiative’s Protection Agenda six years ago. Measures include facilitating disaster risk reduction and climate change adaptation to enable people to remain in their homes for as long as possible, as well as wider structural reforms that would enable people to move in advance of harm – by harnessing migration itself as a form of adaptation.

"There are good practices to learn from, too. David Cantor has shown how in the Americas, for instance, existing immigration law offers a number of options already; Tamara Wood and Ama Francis have examined how free movement agreements likewise can assist people to move without having to invoke displacement paradigms. Pacific governments, including Fiji and Vanuatu, have adopted internal relocation guidelines to facilitate dignified movement as a strategy to avert future displacement."

You can read more about the Teitiota case, and find more research about legal and practical responses to environmentally-related movement, on the Kaldor Centre’s ‘Climate Change, Disasters and Displacement’ project page.