Four years after Uluru, the chance for an enduring Voice dawns

On the fourth anniversary of the Uluru Statement from the Heart, advocates say if the Commonwealth “legislates an Indigenous Voice, our lives will not improve”. 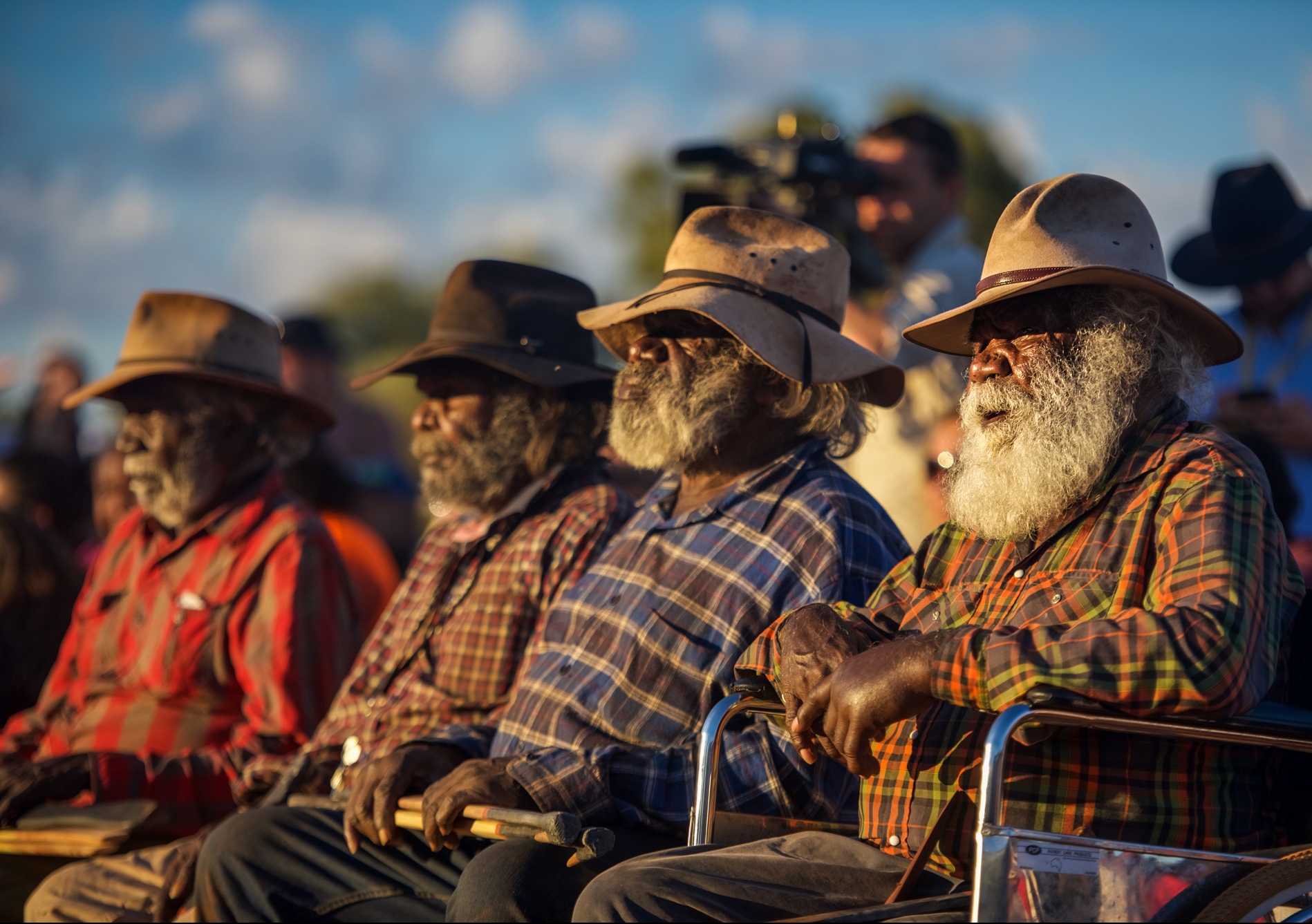 ​Four years after the Uluru Statement’s historic call for Voice, Treaty and Truth, advocates and legal experts say the nation and its leaders face a “critical crossroad”.

“There is always a point along the reform road,” Professor Megan Davis says, “where there is a choice between the opportunity for lasting and meaningful change, and that of an easier route, one which merely enforces the status quo.”

“For the Uluru Statement reforms, that moment is now.”

Prof Davis, a UNSW Professor of Law and Balnaves Chair in Constitutional Law, would know. As one of Australia’s leading constitutional and public lawyers, she has spent decades researching and advocating for Aboriginal and Torres Strait Islander rights and self-determination.

Yet the Uluru Statement, she says, is not about her – nor is it merely a piece of artwork to be framed and placed in the halls of Parliament House.

The statement was never “intended for or addressed to” politicians, after all. It is an “invitation to the Australian people” and, Prof Davis says, it will eventually “return home – to the Anangu”.

The reforms are in the hands of the public for a reason, she says. 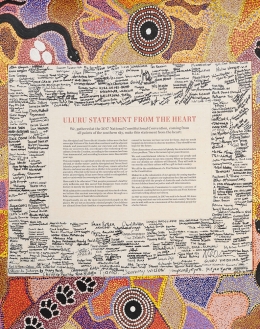 As a key architect of the historic deliberative consultative process that preceded the Uluru Constitutional Convention in 2017, known as the Regional Dialogues, Prof Davis says the reforms are borne from the community.

It is in their voices, and their determination to see meaningful change in their lifetime, she says, that the words of the Uluru Statement are formed.

“As an Aboriginal woman, a Cobble Cobble woman from the Barrungam Nation, the Uluru Statement is not just a beautiful passage.”

“It is a specific and sequenced reform proposal,” Prof Davis says.

“A rallying cry from mob from across the country – who have had their voices ignored and undervalued for too long – for the unfinished business of this nation to finally be addressed.

“It is for us, as First Nations people, to be able to speak truth to power through structural change. It is a sophisticated and clever reform envisioned by the community and articulated through the Dialogues.”

The Uluru Statement is a “generous invitation to the Australian people to walk with us; to begin the long process of coming together after a struggle”, Prof Davis says.

“Makarrata is not an empty word: it is about justice and truth.”

That process starts with a constitutional voice, she says.

“With our voice. A First Nations Voice to Parliament – protected by the constitution – that empowers Aboriginal and Torres Strait Islander people to have a say in the laws and policies that impact our lives.”

“There is too much at stake for anything less. The status quo is unacceptable.”

Much has changed since that moment at Uluru, on the lands of the Anangu, in 2017. Prime Ministerships have fallen and risen, with positions of political power shuffling once again. There have been fire and floods. A once in a century pandemic has paused the entire world – its devastation still acutely felt in many countries today.

“But over the last four years, there has been a constant call through it all – a call for change, justice and peace. The Uluru Statement’s message has travelled across the nation. The Australian public has heard the call for Voice, Treaty and Truth and they have, by immense numbers, accepted its invitation. There is a real groundswell of support.”

Read more: Landmark book answers all your questions about the Uluru Statement

Prof Davis often thinks back to the Dialogues and the communities that participated, she says, her mind never straying far from their voices.

“I hear and read the words of what the community said, how they were exhausted from never-ending processes without any action or change.”

“It’s their voices that need to be heard, empowered and protected. We cannot lose this opportunity for enduring and meaningful change that will impact the lives of Aboriginal and Torres Strait Islander peoples across the country.”

This is the crossroads we now face, Prof Davis says.

“The political elite cannot consign First Nations people to another decade of inaction, or simply rename existing entities and call it self-determination without addressing power structures.”

“Most Australian people want to see meaningful change for our communities too – they are with us.”

We are, Prof Davis says, “at the dawn of achieving enduring change – one that cannot be abolished with a stroke of a pen, or through the whim of the government”.

As the Commonwealth’s Indigenous Voice Co-design process prepares its final report on the design of a Voice, Uluru reform advocates say that legislating an Indigenous Voice would “not change the status quo”.

The long road: Law reform is “not for the meek”

Following the issuing of the Uluru Statement to the Australian public in 2017, a parliamentary Joint Select Committee – headed by MP’s Julian Lesser and Patrick Dodson – confirmed that the only viable form of constitution recognition for Aboriginal and Torres Strait Islander peoples was a “Voice to Parliament”.

The committee also recommended that before a question be put to the Australian people in a referendum, there needs to be “more meat on the bones” of what a Voice looks like. 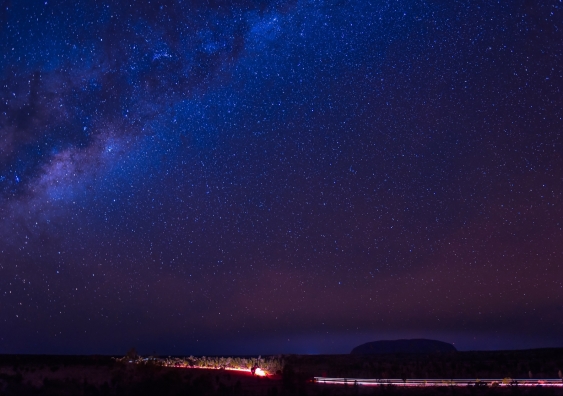 Law reform is a long road, says Prof Davis, but support continues to be strong and is growing every day for a constitutional First Nations Voice to Parliament. Photo: Jimmy Widders Hunt, UNSW Indigenous Law Centre.

The Commonwealth responded to those recommendations by creating an “Indigenous Voice Co-design” process with Government-appointed Indigenous and non-Indigenous members.

“The consultations have been rushed – especially given the complex report spanning 239 pages,” she says.

“There have also been mixed messages in response to questions raised about constitutional enshrinement, including those that suggest legislating a Voice is the best, or only viable, approach.”

One thing is for sure, Dr Larkin says, no one in the community has been advocating for a legislated Voice.

The ILC conducted a preliminary analysis of the public submissions which found an overwhelming majority (87 per cent) of published submissions to the Co-design process was in support of the constitutional enshrinement of a Voice to Parliament.

Read more: 'It's time to walk together towards a referendum'

“We know that most of the Australian public understand that a First Nations Voice and constitutional change are interlinked. Based on the submissions, there is overwhelming support to see this constitutional reform happen as soon as possible,” Prof Davis says. 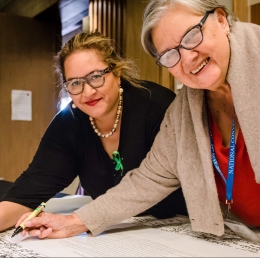 “I’ve said before that law reform is not for the meek – it can seem like a Sisyphean task sometimes. And although it has been a long road before and since Uluru, we are at an important crossroads.

“The work has continued. And we can see that the public understands the legal, practical, and moral foundations of a constitutional Voice.”

Australians, Prof Davis says, are now starting to use “their Voices to make sure that a First Nations Voice is empowered and protected for the future”.

Legislated Voice is ‘not the answer’: Why the Australian Constitution matters

Sisyphus, the King of Ephyra, who according to Greek mythology was condemned to an eternity of carrying an immense boulder up a mountainside, only to watch it roll back down when he neared the top – and who lends his name to the phase “Sisyphean task” – was committed to an indefinitely futile pursuit.

Whilst law reform, and specifically constitutional law reform, is no easy task, “it is not done in vain, nor is it a fruitless task,” Prof Davis says.

“The Australian people, they have the power to make this happen. And the political leaders should allow for the people to have their say.

“Australians should be given the chance to change the nation through a referendum.”

Prof Davis says it is disingenuous to suggest that legislating an Indigenous Voice would lead to constitutional change in the future.

“Legislating a Voice effectively kills the chance of its constitutional enshrinement.”

Momentum for constitutional change, she says, is “not something you can simply flick on and off like a switch, waiting to see if reform is palatable for politicians”. 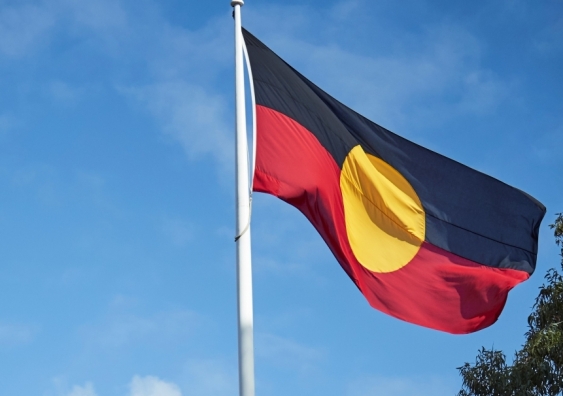 The final report from the Indigenous Voice Co-design process is forthcoming.

This “try before you buy mantra – including using existing mechanisms to create ‘better relationships’ and partnerships with Government – utterly disregards what community felt” at the Regional Dialogues, Prof Davis says.

There will be no political imperative to enshrine a voice in the constitution if it is legislated, she says.

The ILC has previously explained how constitutional entrenchment of a Voice is vital to having an impact at the grassroots level in communities across the nation.

Legislating an Indigenous Voice – that is, passing a bill through Parliament to establish a Voice body – would do “little to nothing”, Prof Davis says, to address the “powerlessness broadly experienced by Aboriginal and Torres Strait Islander communities”.

Having a Voice that only exists in legislation would mean that it is “beholden to the whim of Government”, she says, because the Government of the day can repel the legislation at any moment, particularly if it “doesn’t like what it is hearing”.

The Australian Constitution, in this way, provides a form of protection to a Voice body from abolition, as it would not be able to be disestablished through legislative action.

“This would give our communities stability – knowing that a Voice is protected from the whims and turbulence of the political cycle,” Prof Davis says.

Changing the nation for the better

Prof Davis is sitting in her makeshift office, in her mother’s home in Eagleby, Queensland. A tower of books is stacked behind her, framing the wall.

The glow of the computer screen rests on her face.

“This is an important moment in our history,” Prof Davis says, tilting her head in thought.

“Australia has never addressed the unfinished business at the heart of this nation’s creation – of the dispossession of First Nations peoples and everything the stems from that.”

“A First Nations Voice to Parliament, protected by the Australian Constitution,” she says – a document originally “formed without the agency, or consideration, of First Nations people” – means “our voices will be centred and there will be a constitutional requirement to listen”.

“How can that not be powerful?”

Prof Davis pauses. Her niece, Mimi, sneaks behind her through a crack in the door, tippy-toeing before popping her head over the bend of the computer chair.

“Sorry, it’s crazy here today,” Prof Davis says, as she turns back to face the computer camera, her niece shadowing her.

“This is a chance for our Voice to endure, no matter the political persuasion of the day, and one that is not bound by party politics.

“A chance to change the nation for the better – for all Australians.”

Prof Davis looks back at her niece, who has begun to pull faces at the camera.

“We need substantive change now,” she says. “We need it for our young ones – our jarjums – and for our old people, our Elders, who have fought for change, and Voice, Treaty and Truth in different ways for centuries.”

There have been “people involved in the Dialogues and who support the Uluru Statement, who have passed away over the last four years”, Prof Davis says.

“They could not see this change occur in their lifetime… I don’t want that to be the case for my community and family.”

It is time, she says; “we can’t accept more of the same. A legislated Voice is not the answer”.

“Our voices are important and powerful. We need to protect it for generations to come.”