Why we should use electric rather than hydrogen cars 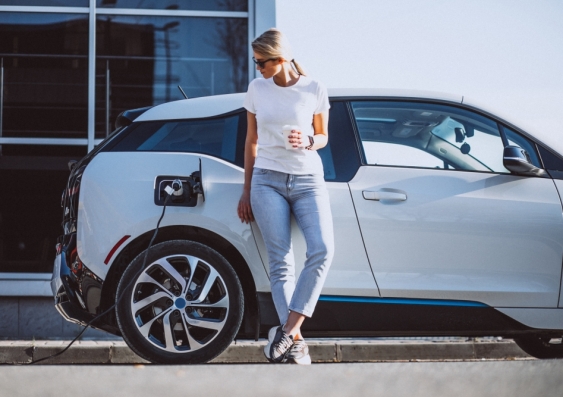 Last night’s Federal Budget did not have any promising signals for encouraging uptake of electric vehicles, or to increase spending on installing the essential infrastructure needed to allay fears that motorists won’t be able to recharge on long trips away from home.

The Federal government did allocate $5 million to creating an advanced manufacturing facility in South Australia to assemble electric vehicles, but this is a small allocation compared to the $200 million plus allocated to increase diesel fuel storage capacity.

The Budget also does not appear to have allocated any funds to installing hydrogen fuel infrastructure either, but this may be a blessing.

In last September’s Technology Roadmap, the government talked about the development of clean hydrogen, with its reliance on carbon capture and storage, rather than ‘green’ hydrogen produced from 100 per cent renewable electricity.

A lot of countries are talking about developing hydrogen as some sort of economic saviour, Argentina and Chile among them, but at least their focus is green hydrogen.

One use for hydrogen is to fuel a type of electric car, often termed fuel cell electric vehicles – but let’s just call them hydrogen cars.

While there are no tail pipe emissions, transitioning to hydrogen cars may not be the economic panacea that might be hoped for in comparison to plug-in electric vehicles.

Globally most hydrogen is made by steam reforming of methane or natural gas, where the chief by-product is carbon dioxide and other greenhouse gases; the next most common method to obtain hydrogen is coal gasification, and globally only about four per cent is formed from water by electrolysis due to its expense.

While hydrogen can be produced by electrolysis, there is no guarantee that the electricity is 100 per cent renewable energy.

However, the biggest factor that impacts on the economics to use hydrogen cars is that to propel the car forward they use at least twice as much electricity per kilometre than plug-in electric vehicles and are relatively inefficient.

And given that Australia does not have 100 per cent renewable energy, and quite large proportions of coal used to produce electricity, even if the hydrogen was produced by electrolysis of water, it isn’t going to be clean fuel.

And given the inefficiency of the cars, using exclusively renewable energy to make the hydrogen isn’t the best use of that electricity.

You would need to double the electricity generation to go the same distance.

The additional expense of green hydrogen

So, if all our passenger cars were electric it would be about 23 per cent of our electricity demand but if they were all hydrogen it would be double that.

That’s a lot of additional expense to install enough renewable generation to produce the green hydrogen.

Not only are the cars inefficient but hydrogen refilling stations almost non-existent in Australia, and the cost of installing the infrastructure is enormous.

Transportation of hydrogen is difficult, although CSIRO is working on that problem and by all accounts the hydrogen has leakage problems during delivery.

Conveniently, electric vehicles can be trickle charged from any household power point – no need to drive to a refuelling station to fill up.

And this may give you another clue why oil companies such as Shell are promoting hydrogen vehicles as one form of cleaner transport.

But the cost to install enough hydrogen filling stations to satisfy the market would be higher than installing fast chargers at petrol stations.

In Australia there are very few models of hydrogen cars available, and none for private sale, and are very expensive even compared to electric cars.

With the inconvenience of limited refuelling opportunities perhaps hydrogen vehicles will become a niche product for specific tasks.

However, consumer rationale when buying cars is complex.

Not only are Californians abandoning hydrogen cars – currently they are the world’s market leaders, but some early buyers of electric vehicles are returning to fossil fuel cars as well.

Research has shown that it is often due to electric vehicle recharging inconvenience, especially for those with limited range vehicles and no opportunity to recharge at or close to home.

Hence the need to invest in public recharger networks around the country, not only for long distance trips but for people without off-street parking.

The future is electric

But at the moment nearly all of the big brand car manufacturers are going electric, even Toyota who have invested in research and development for hydrogen cars will be offering electric vehicles.

VW, with its near-death experience following “dieselgate” learned from its mistakes, realised that the future is electric and is investing heavily.

China has pursued the electric dream so aggressively it has hundreds of electric vehicle production companies and is at risk of a bubble bursting, so the government is considering taking measures to rein in the action.

Another aspect to consider is fuel security.

Geopolitical instability in our region is always a risk – and even innocent mistakes can affect countries reliant on imported oil.

Australia imports some 90 per cent of its fuel needs spending about $30 billion in 2019-20, that’s money going offshore, not staying here to boost our local economy.

Consider this: buy an electric car, install a photovoltaic system (electricity-generating solar panels) on your roof that is big enough for your household and transport needs (and remember a typical day’s travel for Australians uses less electricity than a pool pump) and you have zero emissions and are free of international forces that control our transport energy supplies.

Australians are leading the world in domestic photovoltaic installations.

And remember this, you can recharge an electric car from any household power point - just like a phone, but on wheels.

Gail Broadbent is a PhD candidate in the UNSW Faculty of Science; Graciela Metternicht is Professor of Environmental Geography in the School of Biological Earth and Environmental Sciences at UNSW.