9 ways to position the business of today for tomorrow: David Gonski AC

The key to keeping ahead in business and ready for future challenges is to be open to new ideas, said David Gonski AC, Chancellor of UNSW Sydney. 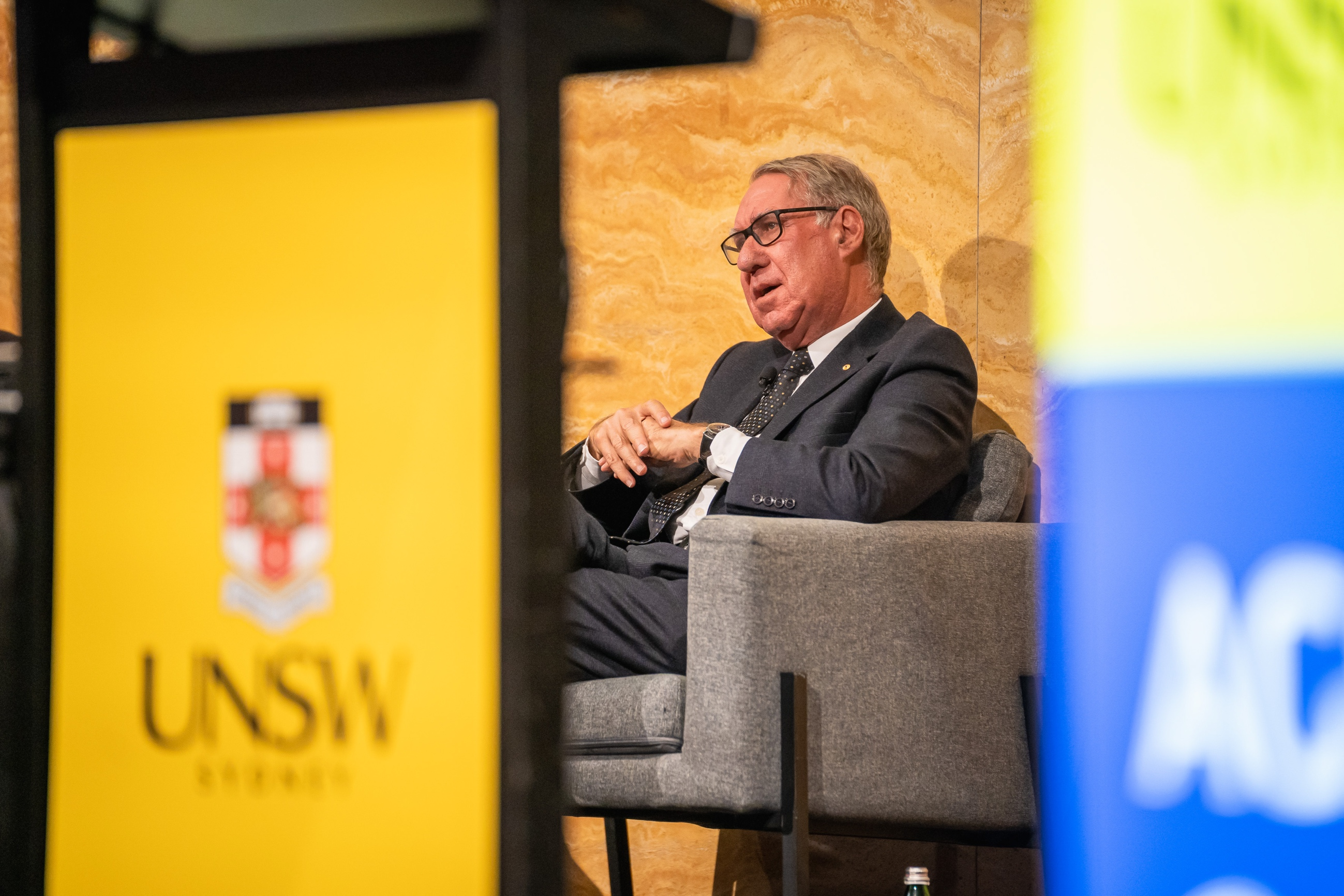 As business leaders around the world continue to adjust to the unprecedented disruption brought about by the global COVID-19 pandemic, embracing new ideas and planning for bad times is more important than ever, according to Mr Gonski.

During his speech on 'How do we position business today for what is likely tomorrow?' at a meeting of YPO (Young Presidents' Organization) Sydney Pacific Members, Mr Gonski said practices such as long-term planning and meaningful research and development are important to leaders for future success.

Here are some other futureproofing insights Mr Gonski shared in his speech at the event, which was hosted at and designed by UNSW Business School's Australian Graduate School of Management (AGSM).

1. Run your business with a long-term view.

During his time at Singapore Airlines as a Non-Executive Director, Mr Gonski was very impressed with their long-term planning. The planning for the arrival of the A380 Airbus, preceded by years, his appointment to the Board. The arrival of the A3890 at the end of his eight-year term there was smooth and effective as a result.

"Singapore Airlines was commendably absolutely obsessed with the long term," Mr Gonski said. "I put to you that generally in Australia … the long-term is next Tuesday. And it seems to me that we should look much further out."

2. Improve the future of business with R&D.

Investing in the right R&D for a company is important to reduce the risks of disruption in the supply chain and from potential competitors, said Mr Gonski. Referring to his time on the board of Fairfax in the early nineties, the Chancellor described the reluctance at the time within the media industry to believe that "the rivers of gold" (advertising revenue derived from newspaper classifieds) would ever dry up.

Of course, fast forward a few years and online competitors such as Seek, for example, overtook Fairfax on revenue from online advertising associated with job opportunities.

Mr Gonski concluded that if R&D had been better respected, "I suspect that the concept of the disruptors… would not have been able to so easily steal our lunch."

3. Consider how much capital you need.

Just because someone is willing to lend you a certain amount of capital, does not mean you should accept it. "The question should not be how much is the bank willing to lend, but rather how much capital does this business actually need?" said Mr Gonski.

4. Your choice of staff is vital – as is caretaking corporate memory.

According to Mr Gonski, a pitfall for many gifted businesspeople has been in hiring the wrong people. Instead of choosing those that challenge established points of view and argue for alternatives, they often opt for yes-people.

In the Chancellor's opinion, hiring the right people should be a matter of balance: not necessarily having "the disrupter [or] the person that wants to punch you, but rather the staff member who means well, but has a strong point of view".

And while it is inevitable that valuable employees do sometimes resign, leaders should be careful about the loss of knowledge of key learnings from past successes and challenges within the business.

Diversity is not only something that is encouraged at a macro level but can help with future-proofing businesses too.

"A board made up of people exactly the same as me, is a disaster waiting to happen," Mr Gonski said. "The way to see whether there's a disruption coming is to have a diverse and questioning view around the table."

What's on the horizon: Prepare for these challenges that have the potential to disrupt

6. An excess of regulation in Australia.

While expressing support for regulation during the initial COVID-19 period, Mr. Gonski said a major cause for concern is Australia's status when it comes to placing more regulation on its directors than in any other country.

"It is too easy for politicians to solve problems by putting on more regulation," he said. "We must watch that [our rights and freedoms] don't get continually taken away from us, because as business people, we will regret it enormously."

7. Risk of liquidity drying up.

Another area of concern for businesses looking to the future identified by the Chancellor was the eventual end to the current liquidity within the system.

Recognition of mental health and mental health issues has grown greatly over the years, moving from an issue years ago that was perceived to be a personal issue, to one that can occur anywhere in life – including in business. But despite this increased level of awareness, Mr Gonski still stressed how important it is to consider the ramifications of mental health issues, not just amongst an organisation's staff, but its customers too.

While disruption might play a role in creating new business opportunities, disruption divorced from an understanding of your business and where the margins are can be more damaging than rewarding.