We don’t know enough about biological processes in people who are ageing with HIV - a new study sheds light on the matter. 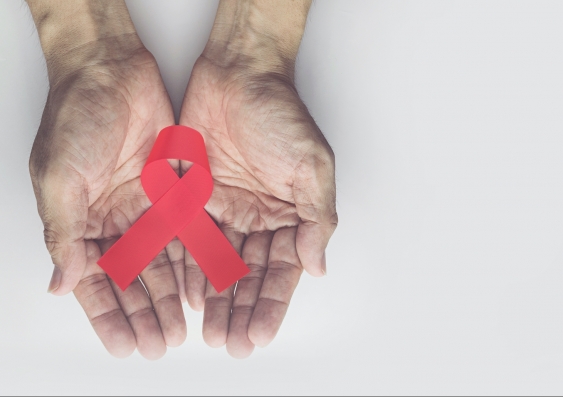 Forty years after the first diagnosis of HIV/AIDS, Australian scientists from the Kirby Institute at UNSW Sydney and the Peter MacCallum Cancer Centre have uncovered a vital link in the relationship between HIV and ageing. The results were published today in the journal Nature Medicine.

In this world-leading study, the research team evaluated age-related genetic changes in over 400 participants from nine sites at hospitals and community practices. Half of the participants had HIV, and half did not.

The study found that people living with HIV had a higher rate of clonal haematopoiesis (CH) - a common condition among older people caused by a genetic mutation in a small number of blood stem cells.

“As people with HIV have more cardiovascular disease and blood cancers than the general population, this finding suggests new pathways behind the development of medical conditions in people with HIV, and may in the future help identify preventive measures to reduce these conditions and optimise the health of ageing people with HIV.”

An HIV diagnosis used to be a death sentence, but thanks to incredible scientific advances in antiretroviral treatments, people with HIV are living long, healthy lives.

“The good news is that globally, people with HIV are living longer, and the question of how HIV affects the ageing process, and what we can do to maximise the health and quality of life of older adults with HIV, is becoming an increasingly important field of research,” says Dr Dharan.

The link between inflammation, ageing and HIV

According to the research team, this discovery is centred around the relationship between HIV, inflammation, and ageing. HIV attacks cells in the lymph nodes and in lymphatic tissue, and this causes inflammation. While HIV treatment slows this process, people with HIV may still have higher levels of inflammation than people without HIV.

“Our study found that people with HIV and CH had higher markers of inflammation, suggesting that the underlying chronic inflammation seen in people with HIV may create an environment that facilitates the emergence of clonal haematopoiesis mutations,” says Dr Paul Yeh from the Peter MacCallum Cancer Centre, who is also co-lead author on the paper. “Because inflammation increases as part of the ageing process, older people with HIV may have multiple risk factors for the development of CH.”

The research casts new light on the biological processes occurring in people who are ageing with HIV, and outlines directions for future research.

“Our research has demonstrated that people with HIV have an increased chance of developing clonal haematopoiesis mutations. Importantly, however, in this study we did not find that people who have HIV and CH had more adverse health outcomes, but more research is needed,” says Dr Yeh, who is also a physician haematologist.

“As there are many other factors that determine whether or not a person with or without HIV develops stroke, cardiovascular disease or blood cancer - such as age, gender and lifestyle factors like smoking - further research is critical to understanding the role that clonal haematopoiesis plays among all of these.”

Ms Jane Costello, CEO of Positive Life NSW, says that this research is a significant advance for people living with HIV who are facing ageing. “The question of HIV and premature ageing has been a longstanding area of research,” she says.  “The participation in this research by people living with HIV will have lasting positive impacts not only for ourselves but the broader community as well.”