Do the public need clearer guidance when it comes to vaccine messaging?

The Prime Minister is asking people in Greater Sydney to consider bringing forward their second AstraZeneca dose but what is the official health advice? 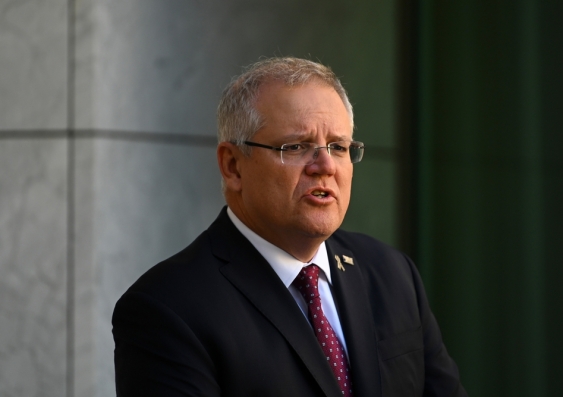 With the Greater Sydney lockdown entering its third week and community spread in Sydney’s south-west concerning officials, the federal government is asking people over the age of 60 in outbreak zones to consider bringing their second AstraZeneca dose forward to eight weeks instead of the recommended 12.

While the Therapeutic Goods Administration (TGA) has approved the second dose of AstraZeneca being administered between four and 12 weeks after the initial dose, the Australian Technical Advisory Group on Immunisation (ATAGI) recommends an interval of 12 weeks between doses as they say the efficacy of AstraZeneca is higher after a longer time between doses.

However, ATAGI says the minimum interval between doses – no less than four weeks – may be acceptable and may be appropriate in certain circumstances, for example, with an anticipated risk of COVID-19 exposure.

UNSW epidemiologist Professor Mary-Louise McLaws says reducing the time between doses is a good idea, given the current situation in Greater Sydney.

“While it will lower protection for symptomatic infection, it still provides a high level of protection from death and hospitalisation. Then in 6 to 8 months, we will likely be given a third booster shot. So the advantages outweigh the disadvantages in the current outbreak given the control of this variant of concern will take longer than other COVID outbreaks,” says Professor McLaws.

Other countries such as the UK and Canada have reduced the time between the first and second AstraZeneca doses from 12 weeks to eight. The UK’s decision to reduce the timeframe between doses was based on the emergence of more transmissible strains of SARS-CoV-2, such as the Delta variant.

In response to the government encouraging people 60 years and over in outbreak zones to seek their second dose of AstraZeneca “as soon as possible”, Associate Professor Holly Seale says that in moving forward with this revision, it is critical that we ensure people understand the change and the rationale for the change.

“There are already very mixed feelings amongst the community regarding the AstraZeneca vaccine and so changing the information regarding dose timing may impact the confidence of some people,” says Associate Professor Holly Seale, an infectious disease social scientist at UNSW.

“If we do put out messaging about a revised timetable, the information should be supported by additional resources and verbally delivered messages to actually ensure that the message goes out to all of the communities to help support cultural and linguistically diverse communities.”

A/Prof Seale says it can take days and weeks to permeate into the community and for it to be translated.

“But even then, it needs to be communicated by someone who has reach into the community. And so, this is the challenge with these kinds of decision changes and conflicting messages, because it’s hard to keep up. Someone needs to continue to filter this information, and make sure the most relevant and up to date information goes out.”