RNA technologies explained: the long and the short of it

Beyond fighting pandemics with mRNA vaccines, there is significant potential to treat cancer, genetic and autoimmune diseases. 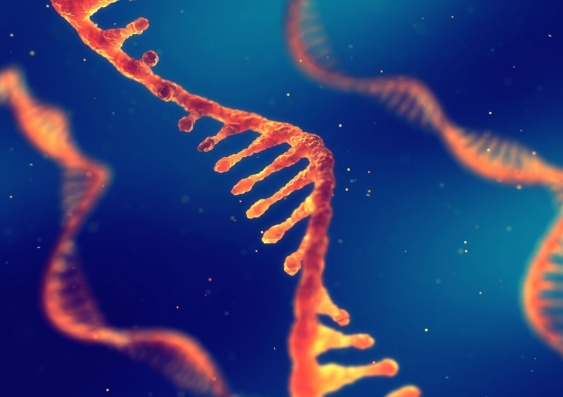 The mRNA vaccine success story is one of the few positives to emerge from COVID-19. But these vaccines from Moderna and Pfizer/BioNTech are only the tip of the iceberg in the coming RNA medical technology revolution.

Australia, including our newly established UNSW RNA Institute, is well-placed to take a leading role in this revolution. With its eyes firmly set on making NSW a global force in the RNA industry, the NSW Government is backing a new RNA Bioscience Alliance between all the NSW Universities as well as funding a $15 million RNA production network between some of the state’s leading research organisations to bootstrap pre-clinical RNA research. UNSW’s RNA Institute is a key part of this drive, and with a $25 million investment brings together world-leading expertise to support the state and national agenda.

So beyond mRNA vaccines, what are these RNA therapeutics on the horizon? And what is the secret sauce that finally got mRNA vaccines to work after many years of trying?  To understand this, let’s first tackle what RNA is and how it is used in medicine.

In simple terms, RNA is the software that runs the cell – it carries information from the genes (the DNA) to the factories that make proteins – the key building blocks of life. An mRNA vaccine is essentially a code that, when it enters a cell, tells it to make a specific protein.

For COVID, that is the ‘spike’ protein that normally sit on the virus’s outer shell. Like the fragment of a virus you find broken down in soapy water, they are themselves harmless; however the body recognises these proteins as foreign and then learns how to fight next time if the real virus turns up. But mRNA is only one form of RNA – there are myriad other types of RNA – many of which were thought to be junk but are now recognised to play key roles in how cells work.

Broadly speaking, RNA comes in two forms: long and short. mRNA vaccines are “long” RNA – typically 1000s of nucleobases – where each base is like a byte in programming code. Beyond vaccines, mRNA could also be used to treat certain forms of cancers or even create cancer vaccines.

In contrast to long RNAs there are other RNAs that are very short, perhaps only 20-21 nucleobases, such as in small interfering RNA (siRNA). Such short RNAs have already been used in patients, with an equally, if not more impressive, range of therapeutic applications, including in genetic disorders, cancer, and even as treatment against viruses themselves. This includes work at the UNSW Kirby Institute on short RNA treatments against HIV and SARS-CoV-2, the virus responsible for this pandemic.

Whether with short or long-form RNA, the key to their success in medicine is the delivery system – the nanoparticles that carry RNA towards their target. Without these, RNA therapeutics and vaccines would never have become a reality, as “naked” RNA is unable to enter cells and instead is rapidly broken down once injected. This is where nanomedicine – an area of particular strength here at UNSW - comes to the fore.

The first RNA drug, Onpattro, a short-form RNA (siRNA) approved in the US in 2018 to treat a debilitating hereditary nerve disorder, is delivered in a lipid nanoparticle not dissimilar to those that Pfizer/BioNTech and Moderna use in their mRNA vaccines. Undoubtedly R&D on short RNA therapies paved the way for the rapid development and safe launch last year of the mRNA vaccines against COVID-19.

What is next for RNA therapies and technologies?

This is the challenge that our new UNSW RNA Institute will address. We have brought together scientists, engineers, and medical researchers to work on key bottlenecks at the frontier of RNA science and medicine.

Projects will range from advancing short RNA treatments to unravelling the complex roles that RNA has in brain development, including possibly unlocking the root causes of elusive neurodegenerative diseases such as Alzheimer’s. Developing short RNA based COVID-19 treatments will be a focus of the NSW RNA Production and Research Network collaboration, funded by NSW Health.

Another focus for the Network is delivery systems to the airways, the lungs and even the nose. If we can administer RNA via a simple puffer or inhaler rather than a syringe, this would be a safer more efficient way of tackling an emerging viral infection.

To this end, experts from the Kirby Institute, Children’s Cancer Institute, The Australian Centre for Nanomedicine at UNSW and the Woolcock Institute in Sydney, have joined forces aiming to transform the RNA therapeutics field by making inhaled delivery of both short and long RNAs a reality.

The research expertise held in our universities, coupled with the ambition that the NSW state has for RNA manufacturing and the Federal Government’s plan to support a large-scale mRNA manufacturing capability in Australia, gives every reason to be very optimistic about the future RNA ecosystem for Australia.