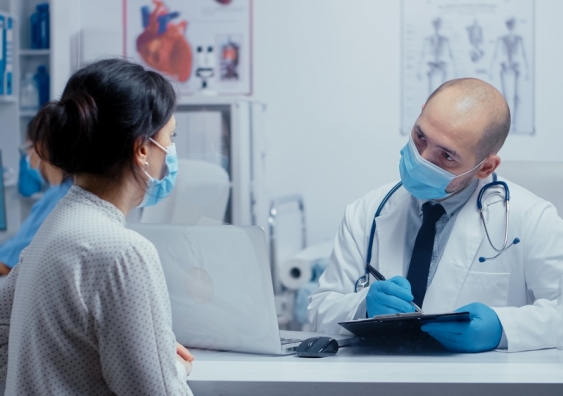 The changing advice around the AstraZeneca vaccine and months of zero COVID cases in the Australian community has led to one of Australia’s biggest challenges: how to get enough people to get vaccinated.

Part of the reason for the slow uptake has been supply but there is no doubt the AstraZeneca hiccup has fueled the government’s worst nightmare – vaccine hesitancy.

Professor Ben Newell and Dr Kate Faasse from UNSW Science’s School of Psychology have been advising the government on vaccine uptake.

Prof. Newell says many studies have looked at how to influence vaccine uptake, but one of the most influential behavioural science models is from the World Health Organisation.

“They talk about the three Cs: convenience, confidence and complacency, but a subsequent study has added a fourth C: calculation,” Prof. Newell says.

“The idea is that the four Cs are different avenues that you can pursue in order to get people over the perceived barriers of taking the vaccine. They are different categories which could affect people’s willingness to get vaccinated.”

Convenience is about how easy it is for people to get the vaccine, such as the ability to get vaccinated locally and sending an appointment reminder.

“The easier you make the choice for people, and the simpler it is to find the information you need to make the booking, then the more likely you are to get people over that initial barrier,” Prof. Newell says.

Complacency occurs when people don’t see vaccination as necessary and important, so it shifts down their list of priorities.

“In Australia’s case, this is because the virus hasn’t been in the community so there hasn’t been a sense of urgency to get the vaccine,” he says.

“So to overcome this, you need to emphasise that it’s just not for you, it’s for the social good, because lots of people in the community are susceptible to it.”

Confidence is whether people have confidence both in the efficacy of the vaccine itself but also trust in the organisation that is telling you to get the vaccine.

“During COVID, there’s been a lot of discussion about how the vaccine was developed so rapidly, what is mRNA, and the issue of AstraZeneca has also been tricky,” Prof. Newell says.

“So we need to build confidence around that, getting them to understand that it’s been a rapid development because it’s been unprecedented effort by governments and corporations to develop them.

“We need to debunk the myths around vaccination, but also develop trust and any information about that is going to help with the confidence factor.”

Prof. Newell says past research on the confidence factor has focused on antivaxxers “who are not going to shift their view because they are ideologically opposed”.

This idea is reinforced by suggestions that a lot of effort could be expended on debunking all misinformation, but it was probably for a minority of the population.

“You probably get more benefit from addressing convenience and complacency type issues than trying to argue with people who, for whatever reason, will never get vaccinated,” he says.

The people in the calculation category are not really opposed to the vaccine, but they are also not complacent.

“They are trying to weigh up the pros and cons for themselves,” he says.

He says structuring incentives on how vaccination will improve a person’s lifestyle may sway people in the calculation category.

“This could include fewer restrictions, less likelihood of lockdowns, the ability to travel interstate and overseas and not have to quarantine on return.”

He says one way to get more Australians vaccinated is to have the Four Cs plan in place.

“There’s a gap between the numbers of people that can get the vaccine and are eligible to get it and then actually get it,” he says.

“Say you get to 50 per cent of the population vaccinated, but you want to get to 70 per cent – the 20 per cent you need probably aren’t antivaxxers, they probably haven’t got around to it.

“It’s thinking about how we are going to get those ‘I just haven’t got to it’ people over the line. Thinking about these Four C’s issues might be a way to appeal to them.”

Prof. Newell says getting a good supply of vaccines to meet the vaccination demand will also help in redressing the unvaccinated balance.

“It’s clear the supply issue is going to supercede a lot of these categories,” Prof. Newell says.

“But it’s also problematic that – in the complacency case – that I really might want it, but if I get online to book and have several failed attempts, then that’s likely to shift it down my list of priorities and I won’t bother to book.”

He says AstraZeneca has been a “problematic case”, driven by the difficulties in thinking about very low probability events.

“AstraZeneca has sort of shifted where people aren’t thinking of probability, they are just thinking about the possibility: the fact that there is a one in the equation starts to drive people’s decisions. This is a pattern that has been found in many areas of risk communication.”

The AstraZeneca situation has been compounded by the messaging about who should be getting it, who is eligible and who isn’t, which has changed as a function of the severity of the situation, he says.

“Six months ago there was a lax approach to the vaccine,” he says.

“But when the risks get close and real, and the risks are concrete rather than abstract, that will move the dial on how much inconvenience will I tolerate to get it, or what’s my risk benefit calculation going to be, or push me to find out why I’m concerned about it and where can I get information that is going to push me to get it.”