The future is now: how the ocean can help us solve the climate crisis

We need to investigate how the ocean’s immense potential for atmospheric carbon dioxide removal can be harnessed to reduce the impacts of climate change. 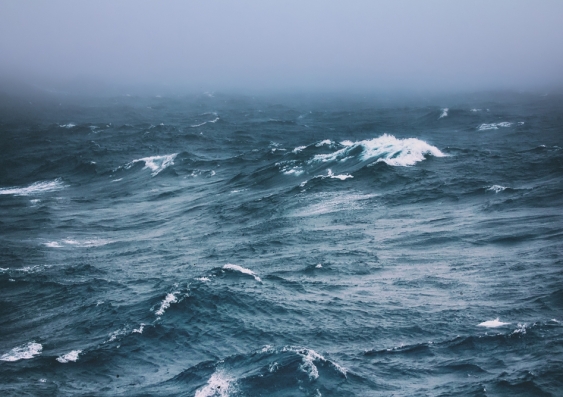 The upcoming sixth assessment of the Intergovernmental Panel on Climate Change warns that even prolonged warming of 1.5°C could produce progressively serious, centuries-long and, in some cases, irreversible consequences.

It states that “the worst is yet to come, affecting our children’s and grandchildren’s lives much more than our own.”

In response, Australian researchers have joined efforts to investigate how the ocean’s immense potential for atmospheric carbon dioxide removal can be harnessed to reduce the impacts of climate change.

Collaborating within the “thinktank” CIRCA, we are evaluating a range of unconventional, novel, and still experimental approaches. To achieve safe and effective large-scale solutions, the work addresses the full spectrum of technological, environmental, socio-economic, and governance issues required.

The rise of weather extremes

Climate extremes are breaking record upon record around the world.

Northwestern America is currently gripped in a sweltering heatwave. Last year, Australia experienced a run of extreme summer heat and drought, which culminated in the most catastrophic bushfire season on record.

Some 19 million hectares of the continent were laid to ash. Similar combinations of heatwaves and fires are devastating other regions.

The Amazon forest has changed from a CO2 sink into a CO2 source.

Meanwhile, increasing heatwave extremes in the world’s oceans are causing major crises in ecosystems and fisheries, including decimation of coral reefs through repeated bleaching events.

And all this is accompanied by an increase in the intensity of major storms and hurricanes, widespread flooding events, and unprecedented coastal erosion.

This rapid increase in weather extremes is even greater than predicted in response to climate change.

Under the Paris Agreement, nation states agreed to limit global average warming to 1.5°C and at the very most 2°C, relative to levels before the industrial revolution.

The range depends on which pathway of emissions reduction we will follow.

The high value applies if we globally keep emitting as we have been for the past few years.

The lower value applies if we immediately and drastically reduce global emissions.

Currently, we are following the pathway that will require carbon removal close to the high-end estimate — only bold and decisive action on emission reduction can change this.

For scale, 100 GtC is an amount of carbon equivalent to an 11m by 11m column of graphite (like an enormous artists’ pencil) that extends all the way from Earth to the moon.

Because removing carbon on such scales is a gargantuan challenge, it is imperative that all potential carbon-removal solutions are thoroughly assessed.

Solutions must be technically feasible and scalable, so that they can make significant inroads into the enormous quantity of carbon removal needed.

They must also be socially acceptable, economically viable and legally permissible.

There is no future for carbon-removal solutions that may be technologically perfect but are unaffordable, socially unacceptable, and/or are contrary to existing regulations.

Moreover, it is essential that governance mechanisms are developed to enable coordinated and responsible development, promote public acceptance and prevent misuse of carbon-removal solutions, such as greenwashing.

Most are not high-tech solutions, but work with aspects of natural Earth processes for carbon uptake.

To be most effective, such methods need to be used alongside emissions reduction, in the same way that bailing out water from a boat is more effective when holes in the hull are fixed.

For example, large-scale reforestation, soil carbon enhancement by restoring depleted soils, artificially enhanced (CO2-consuming) weathering of rocks by pulverising it and adding it to farmland and coasts, or industrial CO2 capture from the atmosphere and burying it in geological reservoirs.

Typically, these better-known methods are land-based. And some are operational on small scales already, with variable rates of success, cost, and durability.

The potential of oceans

Less familiar methods are typically focused on using the ocean to take up the CO2. Ocean-based methods have more theoretical potential than land-based methods.

The global ocean contains over 25 times more carbon than the atmosphere and all living flora and fauna combined.

In the recent geological past, the global ocean contained even more carbon, so that atmospheric CO2 levels were reduced. Ocean-based negative emissions technologies aim to use this vast capacity for CO2 drawdown.

The ocean-based technologies rely on manipulating algal production rates or inorganic ocean chemistry, or on novel approaches such as sea-water splitting to release hydrogen (an attractive fuel) and using the residual fluids’ capacity to take up CO2.

The fundamental principles behind these approaches are well understood, but research is urgently needed to determine potential impacts on ecosystems and how to prevent these, the longevity of the CO2 uptake, and how to achieve social acceptability and suitable governance conditions.

By joining forces within CIRCA, we will uncover this information and reveal how the ocean’s massive CO2 uptake potential can be used in an environmentally safe and acceptable manner.

We need to build this new understanding urgently.

This is because the ocean has the greatest capacity of any system on Earth to take up vast amounts of carbon, so that we will need the ocean’s help in some form or another if we are to achieve the enormous 70-280 GtC of drawdown required.

In parallel, land-based methods are vital to ensure that we have a diverse portfolio of methods to initiate as soon as they are mature enough.

Given its unique geographical attributes and critical scientific expertise, Australia can play a leading role in assessing and developing marine negative emissions methods.

Australia is the main gateway to the Southern Ocean, which is the ocean with the highest potential for carbon capture.

It also has vast quantities of resources and mature mining and transport infrastructure, which provide unparalleled availability of the materials needed in the methods.

Without readying negative emissions technologies for large-scale deployment within the next decade, we will not be able to limit warming to 1.5°C.

For all methods — especially the less researched but major ocean-based methods — we need to urgently establish the realistic drawdown potential, environmental conditions, and socio-economic and governance requirements to ensure that we will deploy safe, effective, and acceptable solutions.

The time to act is now.

This article was originally published in The Mandarin.