Mateship might sound blokey, but our research shows women value it more

Although mateship is largely seen as a positive feature of Australian life, defining it is difficult and attempts to politicise it are generally frowned upon. 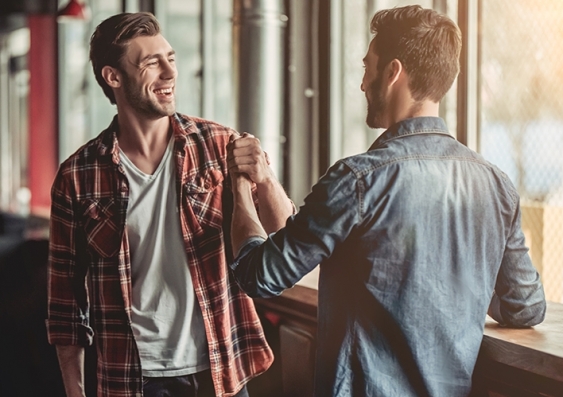 Mateship is an intrinsic part of Australian society, routinely discussed as an important national value. In 1999, Prime Minister John Howard even attempted to include mateship in the constitutional preamble.

But despite its ubiquity in Australian culture, what does mateship mean to people and how do they really feel about the term? Our new Australian Mateship Survey attempted to find out.

In a survey of over 500 respondents, we found that while support for the concept of mateship is high among Australians, many find it problematic.

And surprisingly, women supported the idea of mateship being a key feature of Australian national values more strongly than men (70 per cent and 60%, respectively). This finding stands out since mateship has historic masculine connotations – a perception that was supported by many of our respondents.

Short history of mateship in Australia

Mateship is a common word in many countries, but it has come to have a special meaning in Australian English. The Australian National Dictionary defines it as “the bond between equal partners or close friends; comradeship; comradeship as an ideal”.

While that definition is gender-neutral, mateship has historically been seen as a male domain. One of our respondents succinctly described it as “friendship, but bloke-ier”.

There is a long mythology of mateship in Australia. Canonical bush writers such as Henry Lawson drew on the concept of mateship, enshrining it as part of the Australian bush tradition of the late 19th century.

In the first half of the 20th century, mateship came to be closely associated with the ANZAC legend – and this remains the case today.

In the 1970s, historian Miriam Dixon, among others, challenged the cultural dominance of mateship and argued it was an exclusionary concept. For Dixon, mateship was “deeply antipathetic to women”.

By the 1990s, Howard claimed the term had outgrown its masculine origins and could be regarded as an inclusive national ideal. Nevertheless, his plan to include the term in the constitutional preamble was roundly criticised and ultimately abandoned.

The purpose of our research was to test attitudes towards mateship two decades after this public debate to see how people view it today.

Positive feelings on mateship – except when used by politicians

Our survey posed a series of questions that sought to determine if and how respondents used the term “mate”, whether they believed mateship was important in Australia, and how people defined it.

A strong majority of respondents (82%) said they use the word “mate” in conversation and nearly 65 per cent responded yes when asked, “Is mateship a key feature of Australian national identity?”. Many respondents also had positive things to say about mateship in their comments.

Our survey also showed women overall had a slightly more positive view of mateship compared to men and non-binary or gender-fluid respondents, despite the fact many women found the term to be too “blokey”.

While mateship is seen as a positive Australian value by most, we found there is suspicion when politicians try to gain political mileage from it.

When asked if politicians should invoke mateship in national rituals such as speeches on Australia Day and ANZAC Day, only 45 per cent of our respondents said yes.

Without mentioning the phrase’s origin with the Howard government’s proposed addition to the constitutional preamble in 1999, respondents were asked if they supported the line, “We value excellence as well as fairness, independence as dearly as mateship”. Only 39 per cent said yes.

While most of our respondents (60%) said they believed mateship includes “all Australians”, a sizeable minority said the term is exclusive on gender and racial lines.

Many of the comments associated mateship not only with men, but specifically with white men. One respondent described it as “a dog whistle for white nationalism and misogyny”. Others suggested mateship was “too white male-centric” and “mateship feels like a boy’s club, specifically for white men”.

This perhaps reflects a sense of distrust people feel when mateship is used in political discourse. Australia’s political leaders are predominantly white and male, and regularly use the language of mateship to speak of solidarity and political community.

Like Howard, recent leaders have attempted to harness its cultural power. In fact, then-Treasurer Scott Morrison said in parliament in late 2015 that “mateship is the Australian word for love”.

Our survey shows there are many Australians concerned with attempts to force mateship as a civic ideal, as political rhetoric often does.

The future of mateship

Although mateship is largely seen as a positive feature of Australian life, defining it is difficult and attempts to politicise it are generally frowned upon.

Our survey also found that, for a significant minority, the exclusionary connotations of mateship are too strong for it to be a unifying civic ideal. For many of our respondents – as with critics of Howard’s constitutional preamble – the term has not outgrown its sexist and exclusionary baggage.

In his history of mateship, Nick Dyrenfurth notes it has always been contested. The diverse range of responses to our survey support this.

As a result, we believe that political attempts to take ownership of mateship and enshrine a particular definition as a civic ideal are more likely to divide than unite.