Scientists have found microchromosomes are the origin of all vertebrate genomes, meaning the human genome is less 'normal' than we thought. 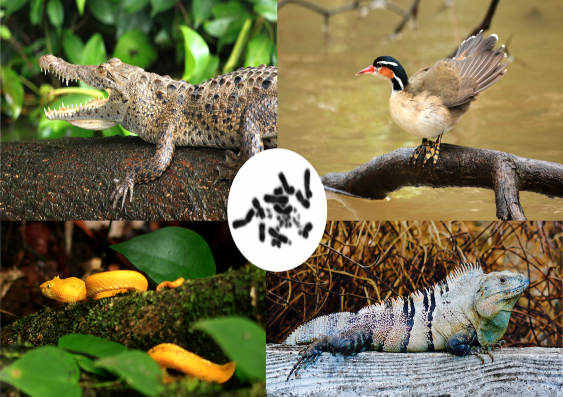 Scientists have discovered that tiny ‘microchromosomes’ in birds and reptiles are the same as the tiny chromosomes in a spineless fish-like ancestor that lived 684 million years ago.

When these little microchromosomes were first seen under the microscope, scientists thought they were just specks of dust scattered among the larger bird chromosomes, but they are actually proper chromosomes with many genes on them.

They prove to be the building blocks of all animal genomes, but underwent a ‘dizzying rearrangement’ in mammals, including humans.

A team led by Professor Jenny Graves at La Trobe University and Associate Professor Paul Waters from UNSW’s School of Biotechnology and Biomolecular Sciences have published the findings in PNAS.

The team made the discovery by lining up the DNA sequence of microchromosomes from many different species.

“Not only are they the same in each species, but they crowd together in the centre of the nucleus where they physically interact with each other, suggesting functional coherence,” Dr Waters says.

“This strange behaviour is not true of the large chromosomes in our genomes.” 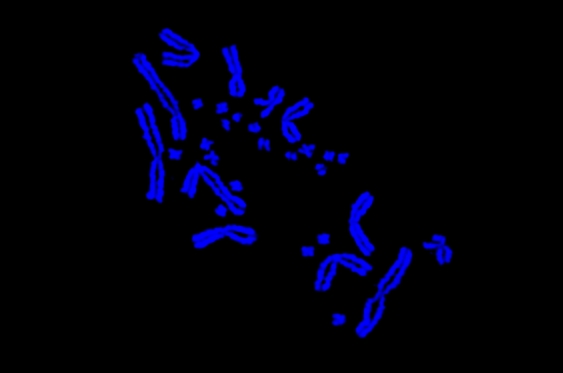 Central bearded dragon cells under a microscope, showing the tiny microchromosomes huddled together amongst the larger chromosomes. Image: Shayer Alam.

“We lined up these sequences from birds, turtles, snakes and lizards, platypus and humans and compared them,” she says.

“Astonishingly, the microchromosomes were the same across all bird and reptile species.”

“Even more astonishingly, they were the same as the tiny chromosomes of Amphioxus – a little fish-like animal with no backbone that last shared a common ancestor with vertebrates 684 million years ago.”

Prof Graves says in marsupial and placental mammals these ancient genetic remnants are split up into little patches on our big, supposedly normal, chromosomes.

“We generally think of our chromosomes as the normal state, however, this is not the case,” Dr Waters says.

“Mammal genomes have been hammered when compared to other vertebrates.” 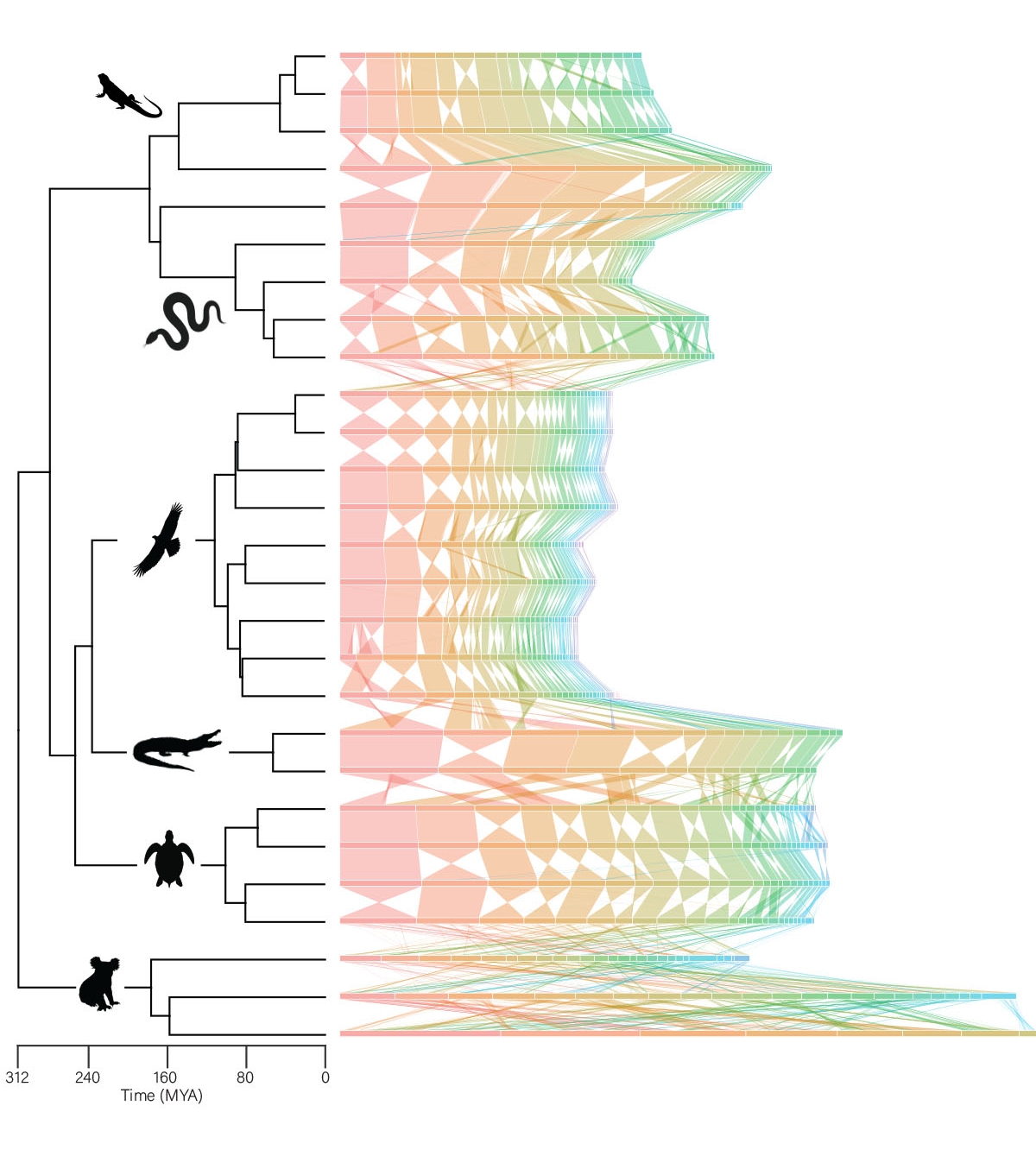 Graphic shows the homology - regions of DNA - that are the same between different species. There are big blocks of whole chromosome homology in snakes, lizards, birds, crocodile and turtles while mammals (for example the koala) only have small regions of scattered homology. These regions have been rearranged, rather than being whole chromosome homologies like reptiles and birds. Credit: Paul Waters.

The findings highlight the need to rethink how we view the human genome.

“Rather than being ‘normal’, chromosomes of humans and other mammals were puffed up with lots of ‘junk DNA’ and scrambled in many different ways,” Prof Graves says.

“The new knowledge helps explain why there is such a large range of mammals with vastly different genomes inhabiting every corner of our planet.”

The scientists say DNA sequencing technologies are only getting faster and cheaper.

“New genomes of Australian reptiles are coming off the press weekly, and we plan to examine all sorts of things about their chromosome biology,” Dr Waters says.

“There are many unknowns to discover.”