Electrical engineering is fundamental to the modern world – but nearly all of it is totally invisible. 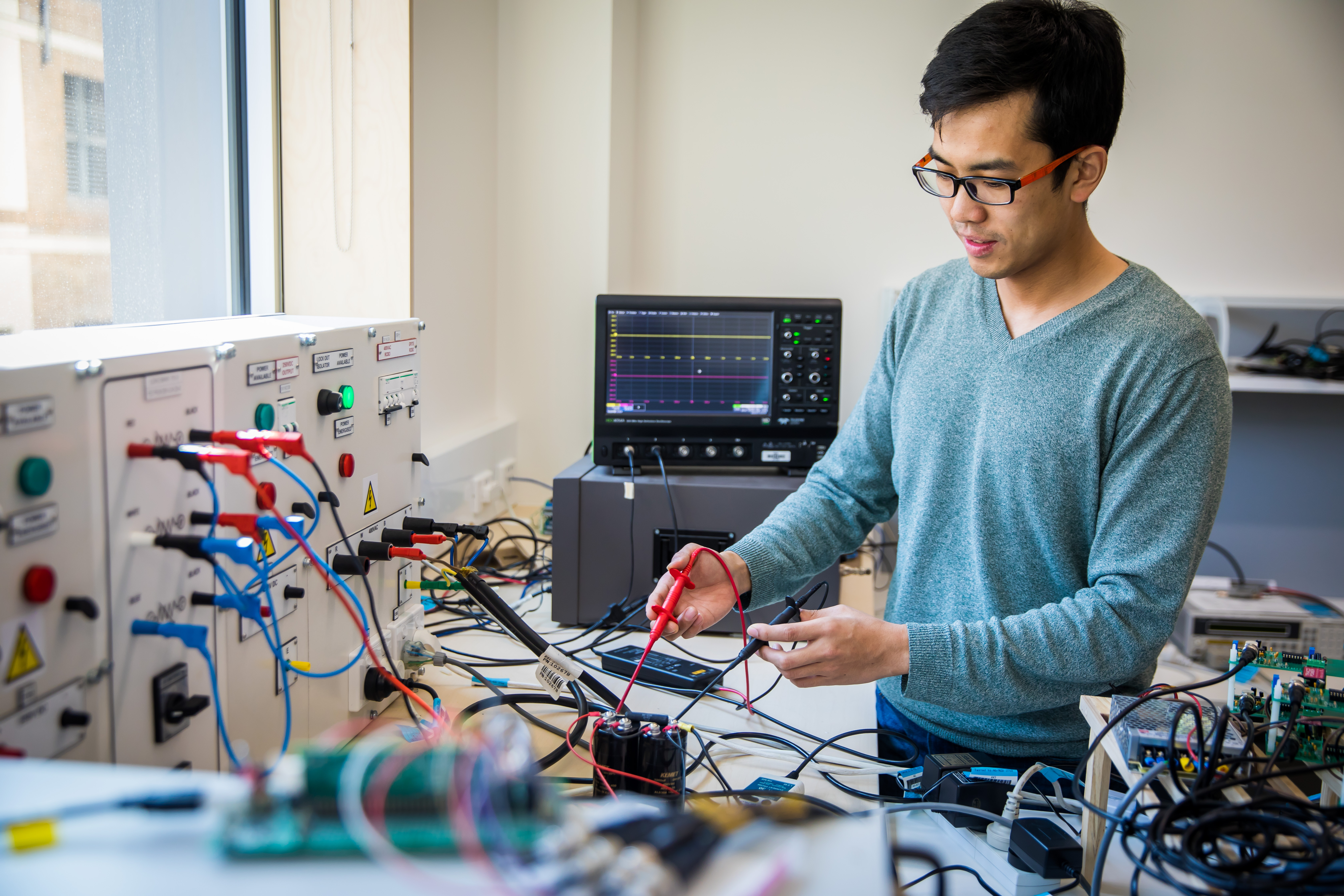 Most people simply take electrical engineering for granted without understanding how it actually works.

However, without electrical engineers the life we all live would be radically different. And the new global future – featuring increased renewable energy, quantum computing, blazingly high-speed data networks and the growing Internet of Things – will require more and more skilled graduates able to plan and build the electrical systems that underpin them.

Professor Julien Epps, Head of the School of Electrical Engineering and Telecommunications at UNSW, says the importance of electrical engineering can only be fully understood if you try to contemplate a world without it.

“Imagine subtracting all the things that rely on electrical engineering out of your life. What would it be like if every electrical device – your phone, every computer system, all electrical appliances, the internet, worldwide power generation – were suddenly removed. It’s pretty profound when you think of it that way.

“But there is a problem explaining electrical engineering because it’s largely invisible. There are electrical currents running through every device in world, but people can’t see them and therefore it’s hard to understand what they’re doing.”

With all that in mind, here are six key things you might not know about electrical engineering.

So what exactly is electrical engineering?

A basic example would be a light bulb that converts electrical energy into light and heat. Switch it on and off twice every second, and it becomes a signal, like an indicator on a car.

Switch it on and off millions of times per second, and it can transmit large amounts of data through an optical fibre, like our NBN. Put millions of lights together, control them and you get a display, like a TV or monitor. 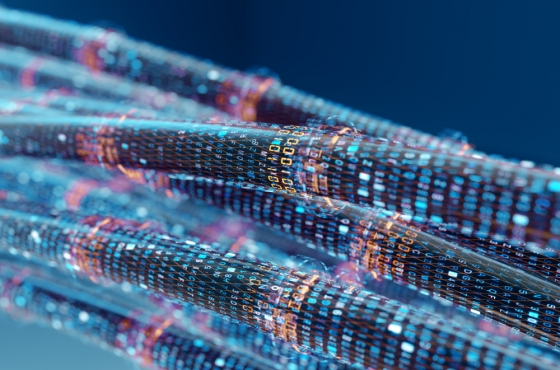 In the same way, the majority of electrical engineering requires devices and algorithms to be put together to create very complex systems.

Designing those complex systems is how we solve contemporary problems. Think about transitioning our energy supply network from fossil fuels to 100% renewables: not only did electrical engineers invent many forms of renewable power generation, but they are now solving the enormous challenge of balancing energy supply and demand which are both continuously varying according to time of day, sunlight, wind and people switching everything on and off.

It’s not all about hard hats and wiring

Some people may think most electrical engineers spend their days on construction sites in a high-vis jacket doing wiring and installing electronics.

But electrical engineers work across a wide variety of industries solving many different problems, related to everything from quantum electronics to electrification of transport, Internet of Things devices, high-quality audio signal processing, brain-machine interfaces, microsatellites and autonomous control of drones.

Many electrical engineers might never wear a hard hat in their job at all, because their work is focused on components of a system, or on small devices, or on data analysis, software, operations or management. Those who do are likely to wear a hard hat just occasionally, for example visiting sites to check that their designs are accurate, have been built correctly or to troubleshoot. 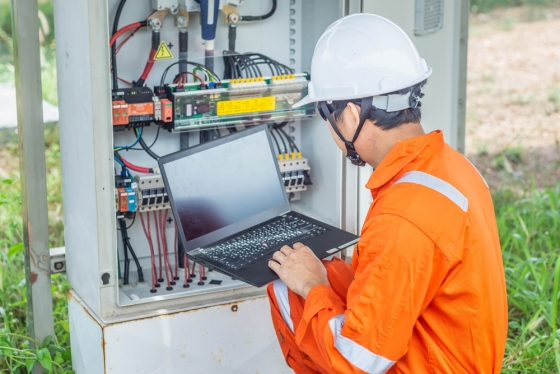 Not only that, but electrical engineering is not just about electricity, it also involves using light or radio frequencies to communicate via optical fibres or wirelessly, and using signal processing and control algorithms to process information (e.g. to compress an video, or detect a heartbeat) and to coordinate moving things (e.g. make an aircraft land smoothly).

Mathematics is the key

Mathematics is often called the language of engineering and that is especially true in electrical engineering.

A deep understanding of mathematical and physical principles provides electrical engineers with a surprisingly powerful toolbox of solutions to technological problems.

For anyone who has wondered about where the maths they have learned can be used, electrical engineering is largely about applying a vast breadth of mathematical theory – including imaginary numbers! – to a myriad of real problems.

You can be a hands-on, or a hands-off, electrical engineer

Many people may think a career in electrical engineering only involves manipulating circuit boards or fixing wiring and being very hands-on.

While that can be true, there are also many roles that are predominantly analytical and hands-off.

In truth, most electrical engineering jobs will be a mix of both, which is why understanding the mathematical principles is important for all.

It’s also why all electrical engineering courses at UNSW feature laboratory work to demonstrate how the theoretical learning works in a practical environment, enabling students to solve challenging problems they have never seen before by the time they graduate.

There are still many things to discover within electrical engineering

Electrical engineering has been a recognised discipline for more than 100 years, but it continues to reinvent itself.

After giving birth to the transistor, all of computer science grew out of electrical engineering. Add to this advances like automatic control, renewable energy generation, sensors and high-speed optical fibre and wireless communications networks and more, and it becomes clear that electrical engineering is the origin of maybe most of what we refer to simply as ‘technology’. 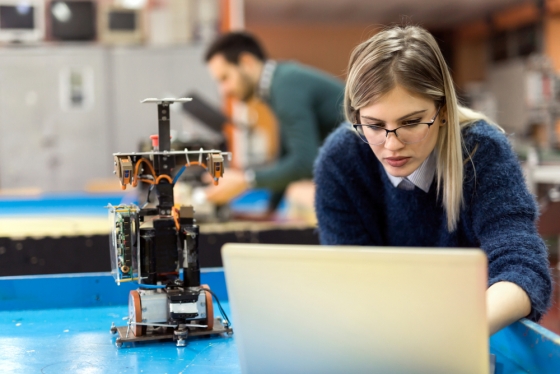 In the very near future, the world will completely replace fossil fuels with renewable power generation and electrify everything. Devices will be powered wirelessly, and will have intelligent data connections with everything else through the Internet of Things.

Perhaps most significantly, electrical engineering will have given birth to an entirely new quantum technology industry.

We will soon be using quantum engineered computers that are wildly more fast and more powerful, and building unhackable quantum communications – the ‘quantum internet’.

Electrical engineering is all about problem solving

At its core, electrical engineering is about finding solutions to sometimes extremely complex problems, both individually and as part of a team.

Most electrical engineers become very skilled at problem-solving where there are many unknowns, putting theory together with practical experience. It is these skills that make electrical engineers extremely sought-after in industry and management, which are full of complex problems.

If you want to know even more about electrical engineering at UNSW, visit our Study With Us pages for more information about the extensive range of undergraduate and postgraduate programs.