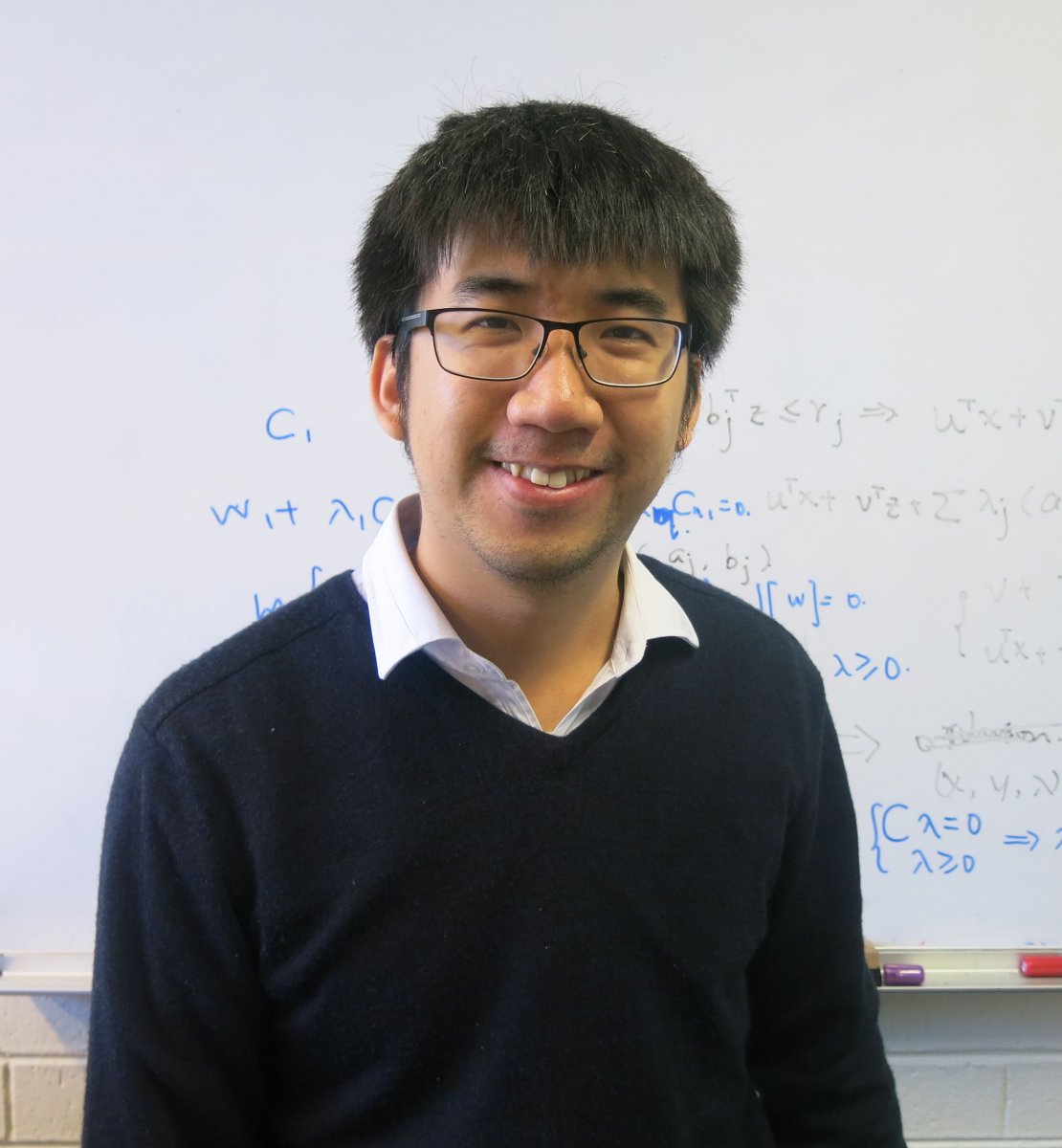 We are thrilled to report that Guoyin Li has been promoted to Professor.

Professor Guoyin Li commenced as a Lecturer at UNSW in 2011, after a position as a research associate working alongside Professor Jeya Jeyakumar from 2007.

During his time at UNSW, Professor Li has frequently been recognised for his outstanding research and has contributed extensively to the School community.

For two years running, 2019 and 2020, Professor Li was named one of the nation's top achievers, announced as the field leader in Mathematical Optimisation by the annual Research Report in The Australian, which profiles the Top 250 researchers in the country.

He has also won a slew of research awards, including several best paper awards in the area of optimisation, plus a collection of prestigious grants supporting his work. He was promoted to Associate Professor in 2018.

Professor Li has also been active in our engagement and outreach, and led the very successful 2019 AMSI Summer School hosted by UNSW.

"I have been very fortunate to have excellent mentors, colleagues, research collaborators and also students who've helped me immensely since I started my career at UNSW", Professor Li said.

"In particular, I wish to thank my mentor and frequent collaborator Jeya Jeyakumar for much constructive advice along the way, and also the former Head of School Bruce Henry and the current Head of School Adelle Coster for their support and encouragement".

A very big congratulations to Guoyin Li upon his promotion to Professor.