UNSW Science’s Dr Laura Parker will lead a project which exposes the Sydney rock oyster to climate change conditions over multiple generations in the hope of saving the oyster industry and protecting wild populations. 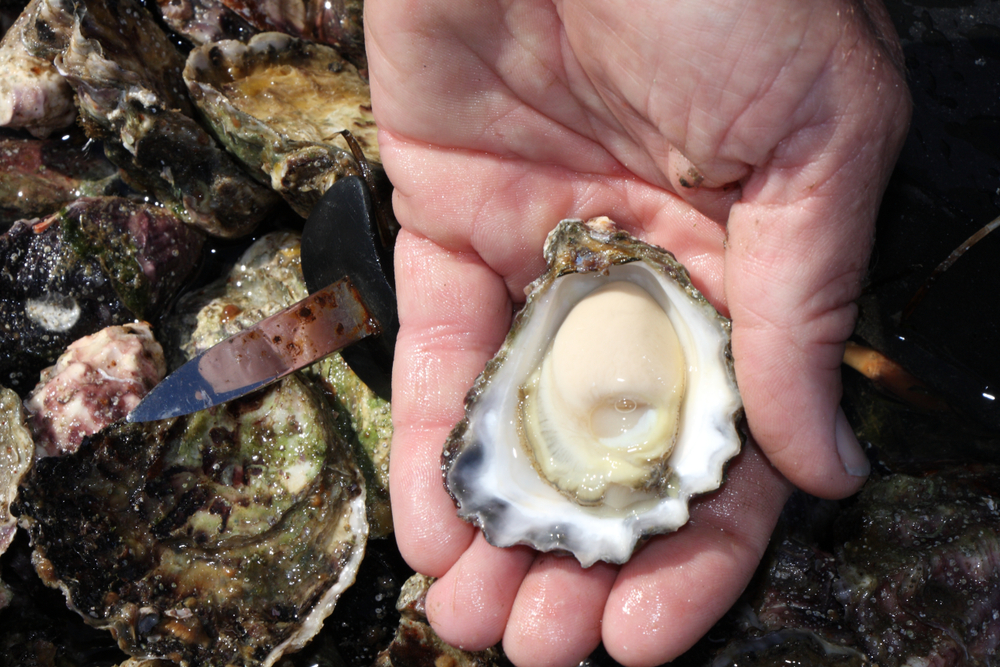 A UNSW scientist has received a $541,352 Discovery Indigenous grant from the Australian Research Council [ARC] to help the Sydney rock oyster acclimatise to climate change in the hope of preventing future declines in the species’ production.

The multi-university research project, led by Indigenous Scientia Senior Lecturer and ARC DAATSIA Fellow, Dr Laura Parker from the School of Biological, Earth and Environmental Sciences, hopes to provide the oyster industry with the knowledge needed to breed oysters that are better adapted to ocean warming and acidification.

“We are in an age of rapid climate change, where the need to understand the adaptive potential of marine organisms in warmer, more acidified oceans is increasingly urgent,” Dr Parker says.

“This is especially true in Australia where changes are significant.

“This project uses a cutting-edge, integrated interdisciplinary approach to measure the capacity of oysters to adapt and persist to climate change using transgenerational plasticity [TPG], a process where responses of offspring are improved when parents are exposed to ocean warming and acidification.

“We also hope to describe the epigenetic mechanisms, processes that can switch genes on and off, that allow this improved response and develop an immediate breeding method to protect vulnerable oysters and other marine organisms against climate change.”

Dr Parker says findings from previous ARC funding to her team suggests that oysters have a strong capacity to acclimatise to climate change via TGP.

“Despite its promise, however, a greater understanding of key knowledge gaps is needed before we can reliably predict whether TGP will protect oysters in the face of climate change,” she says.

Sydney rock oysters are endemic to Australia and have a continuous distribution from the NSW/Victoria border, across the tropical North of Australia and down to Shark Bay in WA.

They are farmed predominantly on the South-east coast of Australia but are highly vulnerable to climate change.

“This is an iconic oyster species which has been a source of food and trade for Indigenous Australians for thousands of years and forms the oldest and largest aquaculture industry in NSW, worth over $53 million per annum,” Dr Parker says.

“But since peaking at 14,666 bags [approximately 16.1 million dozen] in the mid-1970s, Sydney rock oyster production has fallen over 65% to 5.6 million dozen in 2020, owing to the outbreak of disease, competition from introduced species and environmental degradation.

Dr Parker says the oysters are highly vulnerable to climate change such as ocean warming and acidification.

“Studies have found that estuaries along the south-eastern coast of Australia are a climate change hot-spot, becoming warmer and more acidic at an order of magnitude faster than predicted by global ocean and atmospheric models,” Dr Parker says.

“To persist in our estuaries, oysters will need to rapidly respond.”

The three-year project will involve the long-term exposure of the Sydney rock oyster to climate change conditions over multiple generations.

Dr Parker says the outcomes of the project will transform Indigenous-led oyster reef restoration projects and future-proof an iconic industry and food source.

“In doing this, we will help to protect the Australian oyster industry, worth close to AUD100 million per annum and secure an important food source,” Dr Parker says.

The project will be conducted at the NSW DPI Port Stephens Fisheries Institute and the Sydney Institute of Marine Science.

The oyster project was one of nine new research projects awarded 2022 funding through the Discovery Indigenous scheme.