It's summer: time to take a hike and contribute to science

As the weather warms up, UNSW researchers name some of their favourite bushwalks and the ways citizen scientists can help them by collecting data along the way. 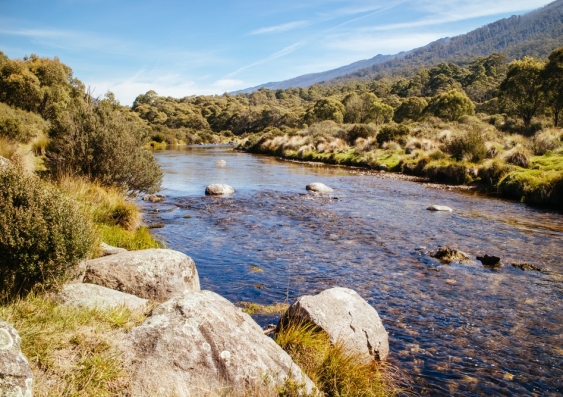 As the quote from Hippocrates goes, “walking is man's best medicine”.

But how much better would it for our well-being if we could walk in nature, and also contribute to global science?

With that in mind, five researchers from UNSW Science name some of their favourite bushwalks – and the ways you can contribute to science while strolling through their favourite parks.

One of the most beautiful parts of the world, and an area of incredible biodiversity, is Washpool National Park in northern NSW, says Jodi Rowley, a herpetologist from UNSW Sydney and the Australian Museum, and lead scientist on the FrogID project. 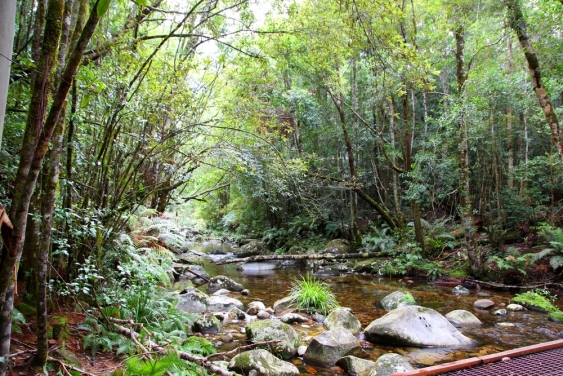 Situated as the coastal plains rise up onto the New England Tablelands, east of Glen Innes, the park contains large stands of World Heritage Gondwana Rainforest.

“It’s an 8.5km loop, but if you’re not feeling up to the full distance, it’s equally as rewarding to meander for a while, and come back the way you came,” Dr Rowley says.

“The towering rainforest trees are covered in orchids and other epiphytes, the ground is covered in moss and ferns, and there are streams and waterfalls and stunning vistas at every turn.” 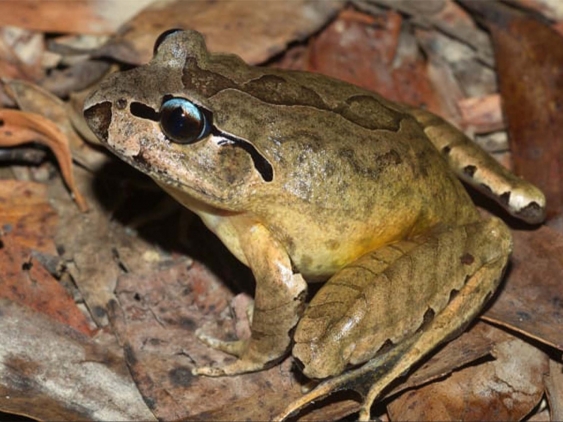 Dr Rowley says much of the biodiversity of the area occurs only in rainforests like this in the area, and so it’s an opportunity to see and hear wildlife unique to the region.

“There are dozens of frog species in the area, and you may be greeted by the sounds of tiny leaf-litter dwelling Pouched Frogs (Assa darlingtoni) or the stream-breeding Southern Barred Frog (Mixophyes balbus),” she says.

The walk is the perfect opportunity to contribute to the understanding and conservation of frogs, by recording any calling frogs with the free FrogID app.

Look for platypuses in the Thredbo River

Dr Gilad Bino, a researcher from the Platypus Conservation Initiative in the Centre for Ecosystem Science, has been researching platypuses on the Snowy River this year.

“During this time, I got the opportunity to explore the Alpine area and one track which I particularly enjoyed was the Thredbo Valley Track,” Dr Bino says.

“The habitat is a mix of open grasslands and thick eucalyptus forests and has a number of picturesque picnic and camping sites, where, if you’re lucky and there at the right time, at dawn or dusk, you might see a platypus.”

If you are there in Spring, you might even be lucky enough to see a male platypus courting a female platypus.

“Once a dominant male has set his sights on a female, he’ll try to bite her tail in a courtship ritual that may last several weeks,” Dr Bino says.

“If she reciprocates interest in the end, she’ll also bite his tail and they’ll swim around like that for a bit.

“(After mating) the female platypus will then dig a chamber in the bank, six to 10 metres deep, then collect nesting material with her tail and build a nest within the chamber, where she will lay two eggs.” 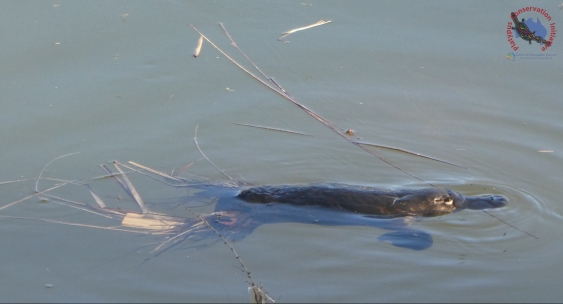 A female platypus with nesting material with her tail. Photo: Platypus Conservation Initiative.

If you do spot a platypus, make sure to submit a sighting through the iNaturalist app or on the cPlatypus website.

Associate Professor Will Cornwell, an ecologist in the School of Biological, Earth and Environmental Sciences, says as our damp spring turns into summer, birds are singing, flowers are blooming, and native bees are buzzing all throughout Sydney. 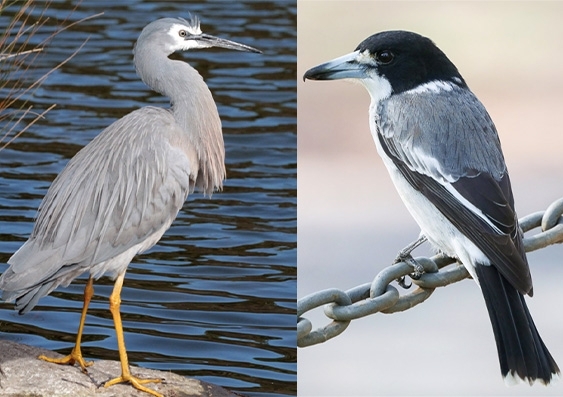 “It’s a great time to get outside and notice the swirl of late spring life, and as you observe, it’s easy and fun to contribute your observations to citizen science,” he says.

“If you take pictures, iNaturalist is fun to use. You don’t even need to know what species you're photographing, as the community will help identify it. 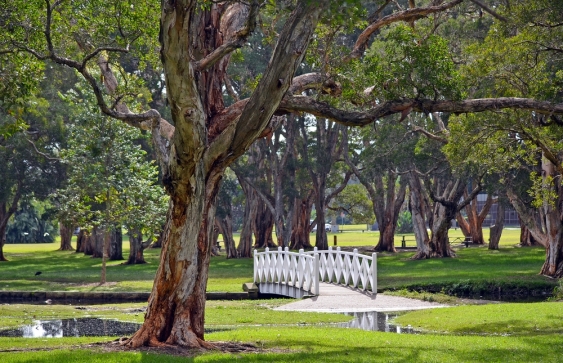 “If you know your birds, upload a bird list to eBird. Either way, the data will help scientists across the world.”

A/Prof Cornwall says an easy way to contribute to global science is probably in your neighbourhood, recalling a recent visit to Centennial Park on his way home from work.

“Suddenly, a white-faced heron flew across the pond and sat on a dead branch, eyeing the big carp circling in the pond below,” he says.

“Five masked lapwings flew across the pond cackling loudly and a grey butcherbird sang in the distance, a sweet soft sound.

“A willie wagtail hopped around the lily pads, looking for insects while a black swan and cygnet paddled around hopefully, prospecting for generous humans as the afternoon light highlighted the young swan’s fluffy grey feathers.

“All this avian life in ten minutes.  I noted all the birds on my eBird checklist, put my phone in my pocket and headed home.”

Research assistant Clayton Mead and PhD student Giulia Ferretto both specialise in marine and coastal science at the School of Biological, Earth and Environmental Sciences.

Mr Mead says Kurnell, in southern Sydney, is the place to be for a walk with striking coastal views and charming local coffee shops.

“Start at the Commemoration Flat picnic area in Kamay Botany Bay National Park, where you’re likely to encounter a range of friendly native birds such as cockatoos and lorikeets,” he says.

“Head down to the water’s edge to commence the walk, looking out for the impressive bronze whale sculpture at Inscription Point, then head west along the Monument Track, which meets Silver Beach, where your citizen science adventure begins.” 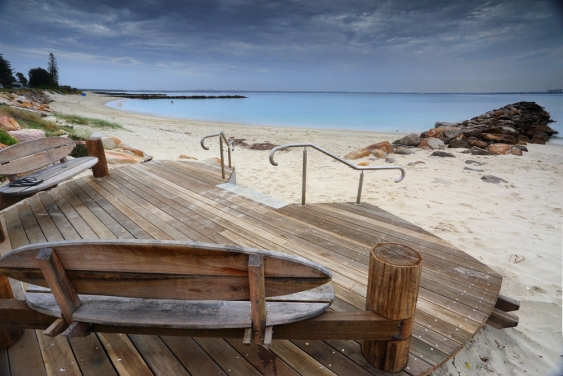 He says this protected shoreline is great for a dip: seagrasses also thrive in the calm, clear waters.

“Unfortunately, coastal development has caused seagrasses to decline, which also means many marine critters that rely on them for food and habitat suffer,” he says.

Ms Ferretto says citizen scientists can help Operation Posidonia restore these underwater meadows by collecting fragments of the endangered seagrass Posidonia which wash up along the shore. 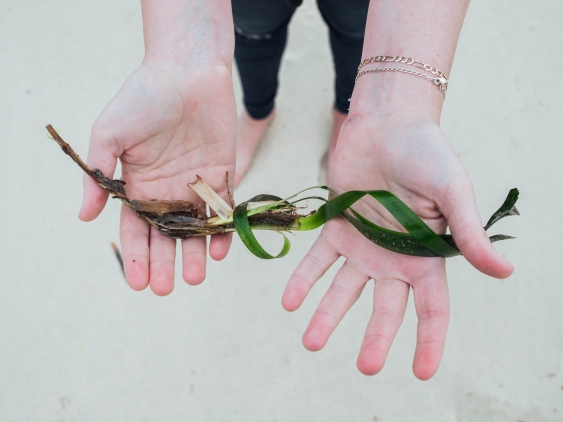 “Look out for long green leaves, wide as your fingers, with a brown woody rhizome (anchoring structure) at the base,” she says.

“At the Bonna Point Boat Ramp, you will find an Operation Posidonia collection station where you can drop off any fragments you find.

“Scientists will recover these and replant them underwater in places the seagrass has been lost, giving them a second life and helping to recover marine biodiversity in Kamay Botany Bay.”

This walk is six kilometres return and takes about an hour, but if you’re feeling up to a challenge consider extending your walk along one of the other impressive coastal tracks within the Kamay Botany Bay National Park.

Just make sure you bring a small bucket or bag to collect seagrass fragments, and an Operation Posidonia pocket guide from the website.

If you’re keen to pop on your citizen science hat, chase a waterfall and escape the city, Bundanoon in the Southern Highlands is the place to be, says Casey Kirchhoff, an ecologist and PhD candidate at the Centre for Ecosystem Science. 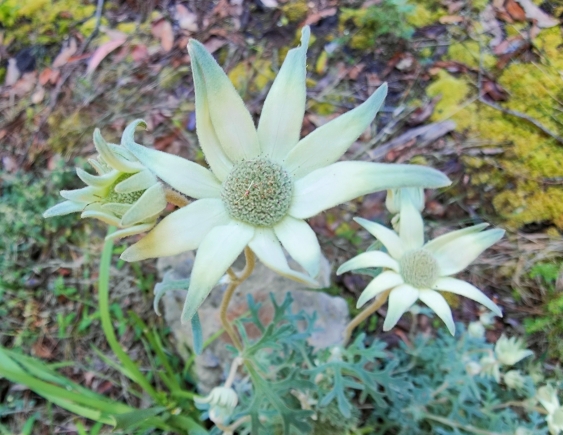 “A two hour train ride from Sydney Central will land you in the historic village of Bundanoon, and a short stroll from the station is Morton National Park, which was extensively burnt in the 2019-2020 bushfires,” Mrs Kirchhoff says.

“Here you will find the Erith Coal Mine track, one of my favourite bushwalks.”

At just 2.5 kilometres, it’s not a long bushwalk.

The falls at the end of the Erith Coal Mine track. Photo: @thephotofarmer.

“But as I enjoy the ‘walk slowly and carry a big camera’ approach, I find it takes a couple of hours, particularly when taking lots of photos and sound recordings to upload to the Environment Recovery Project, which is recording observations of post-fire biodiversity recovery,” she says.

“Be sure to keep an eye out for the iconic flannel flowers, which are now flowering prolifically after the bushfire.”

After meandering down through the dry sclerophyll woodland into the verdant wet sclerophyll gully, Mrs Kirchhoff says walkers will be rewarded with a spot of history about the coal mine, and the pièce de résistance: the beautiful waterfall and swimming hole.