Play it safe and respect the river this summer

Despite their beauty, rivers can be deadly and remain the top location for drowning 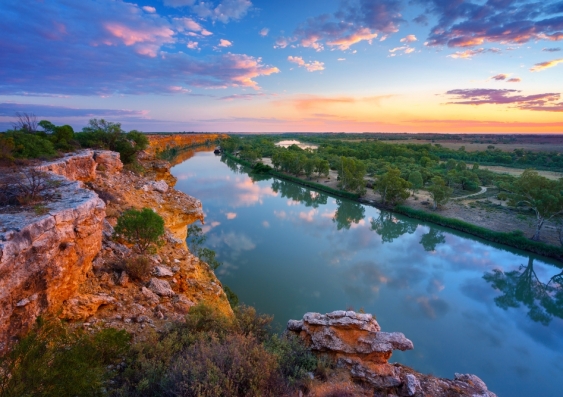 With the Bureau of Meteorology (BOM) recently declaring a La Niña event, the outlook for summer in Eastern Australia is likely to be wetter than average. With that comes rising river levels – an important factor we need to be mindful of when enjoying our beautiful waterways this summer.

“The prediction of a wet summer with above average rainfall will increase water levels in dams, lakes and rivers,” said Dr Amy Peden, an injury prevention researcher at the School of Population Health, UNSW Medicine & Health. “For rivers this can mean conditions can vary hour-by-hour, resulting in new debris or snags being washed downstream. It can also impact the speed with which the water is flowing as well as an increased risk of flooding.”

“Every year more than 10 people die in flood-related incidents, some after intentionally entering floodwaters. It is never safe to enter floodwaters, be it on foot, in a vehicle or on a bike, and they should be avoided at all costs. This includes not allowing children to play in floodwaters or near drains.”

While drowning often commands a lot of attention in the summer months, drowning deaths in rivers are not seasonally dependent and occur throughout the year and all seasons, including boating and fishing related river drownings in the winter months. Dr Peden said males are more likely to drown than females, with four males drowning for every one female.

According to the Royal Life Saving National Drowning Report 2021, rivers remain the leading location for drowning with deaths increasing by 3% this year compared with the 10-year average.

“We see extremely elevated rates of river drowning in rural areas compared to the city – up to 29 times the risk of drowning in a river in an area classified as very remote when compared to areas classified as major cities. With rivers, there is also the added element of flood risk and changes to the river environment with debris, in addition to fast flowing water,” explained Dr Peden. 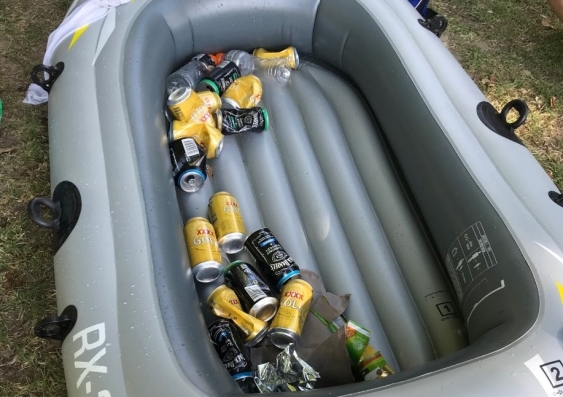 "One of the biggest issues we see in cases of river drowning in Australia is alcohol consumption," said Dr Peden. Photo: Amy Peden, Murray River.

“And finally, one of the biggest issues we see in cases of river drowning in Australia is alcohol consumption. My research shows elevated blood alcohol concentrations are a real issue at rivers. On average, adult river drowning victims who had been drinking were four times the upper legal limit for driving a car (a BAC of 0.20% or higher) at their time of death. Consuming such significant amounts of alcohol around the water understandably increases drowning risk and was often involved in fatal incidents as a result of falls into water or jumping into the water from trees or bridges.”

The highest rates of river drowning are among those aged 75 years and over, however, river drowning risk occurs throughout the lifespan, with river drowning impacting children under five years of age through to older people.

“We also see high numbers of people drowning in rivers in the 18-44 years age groups. Sadly, river drowning among these age groups are overwhelmingly male and tend to involve high levels of alcohol. Drowning among younger children is often due to a temporary or complete absence of adult supervision and unintentional falls into water, often fully clothed. That’s why active supervision of young children, around all aquatic locations, is incredibly important.”

Read more: Selfies: Is your life worth a few likes?

What can we do to reduce the risk of river drowning?

“There is a lot people can do to reduce their risk of drowning in a river. Rivers are beautiful, natural places to swim but deserve respect. It’s vital to always supervise children around the water and for people of all ages, as well as children, to be aware of crumbling river banks that can cause unstable edges leading to falls into the water,” said Dr Peden.

Dr Peden suggests if you’re in an unfamiliar location, heed any warning signs and talk to locals about the safest places to swim and what conditions have been like lately.

She said always enter the water feet first and be cautious of debris. Always avoid alcohol prior to getting in the water and if you’ve had a few drinks, don’t go back in.

“Look out for your friends around the water too, especially If you’ve got a mate who’s had a few too many. Wear a lifejacket when paddling or boating. And learning first aid and CPR skills are helpful in all kinds of emergencies including responding to drowning incidents, particularly if you’re in a rural location where it may take some time for medical assistance to reach you.” 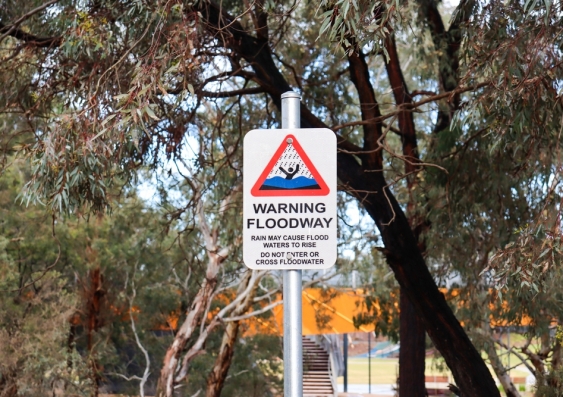 Heed any warning signs and talk to locals about the safest places to swim. Photo: Shutterstock

What should you do if caught in a river current?

While on the surface, a river may look deceptively tranquil and calm. But what is going on beneath the surface could be a different story all together.

Dr Peden said rivers can be deadly because the different hazards of the river are often hidden beneath the surface or hard to see.

“Often the river may look calm and still, but it’s not until you observe it for some time or look at the speed with which a tree branch or leaf is moving through the water, that the speed of the current becomes apparent,” explained Dr Peden.

“Similarly, the murky water often hides shifting and slippery riverbeds and submerged objects like glass and snags such as tree branches. So, it’s really important to check the conditions before you go in. Enter slowly, feet first and be aware the water may take you away if your feet are off the bottom. If you do get caught in the current, it’s important to stay calm, float feet first down the river and wave your arms or shout for help.”