Religious discrimination bill: Does the blessing of the law give us the right to discriminate?

Despite Australia’s long history of a secular government, this bill might create a future that segregates people based on their faith and beliefs. 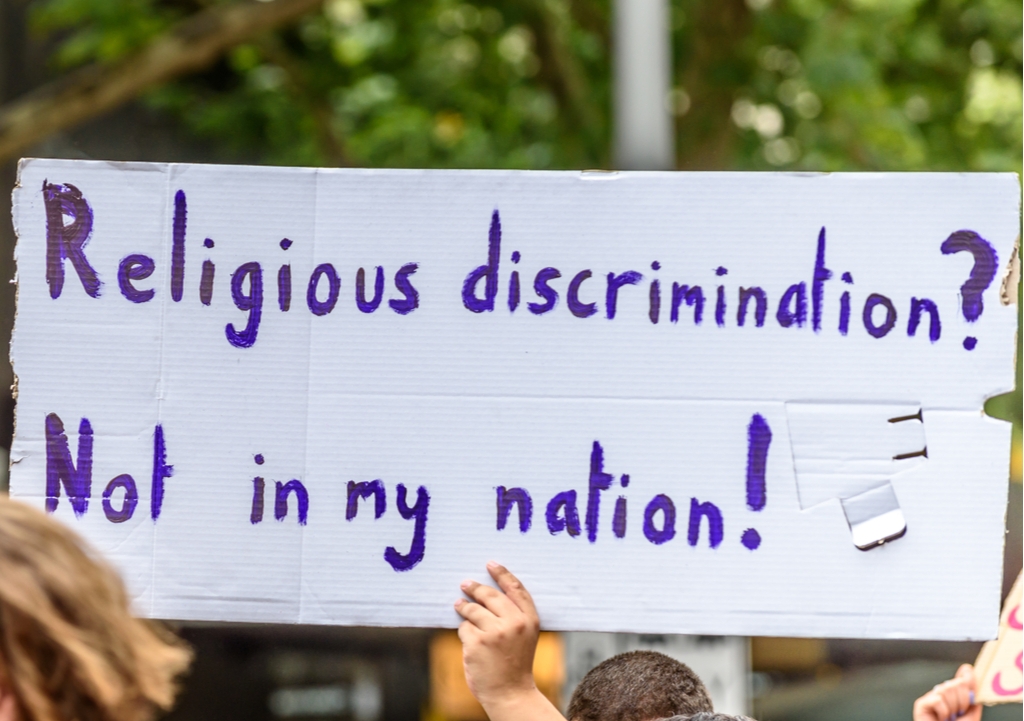 The religious discrimination bill tabled in Parliament last week by Prime Minister Scott Morrison is designed to make “statements of belief” immune to anti-discrimination laws. But while the intention is to protect people against discrimination based on their religious belief, many legal experts see this bill doing more harm than good.

As drafted, UNSW law and health ethics experts agree the religious discrimination bill could potentially undermine existing protections for groups that are already vulnerable to discrimination.

"This includes LGBTIQ+ people, women, people with disabilities, migrants, and ironically, other people of faith, that one’s own faith does not agree with," says Dr Andy Kaladelfos, whose expertise is in queer criminology and immigration regulation.

The bill is the third version of a law promised by the Coalition government during the marriage-equality debate.

Rather than simply protecting people from being discriminated against on the basis of their faith, this bill has the potential to allow people to discriminate if it accords with their religious views.

Public health ethics expert Dr Bridget Haire says “the religious discrimination bill essentially creates a right to discriminate, disguised as the right to freedom of religion – which is an important right protected by most constitutions around the world”.

But it is very clear that the right to freedom of religion is not absolute: one of its limits is the rights of others.

“The right to discriminate against others would clearly constitute an infringement on the rights of minorities,” he says.

What does “good faith” actually mean?

Discriminatory practices held by some religions might be encouraged due to the broad way that the bill was written.

If enacted, this bill will heavily rely on people’s interpretation of the law. For example, it is said that the law will provide that making a statement of belief “in good faith” will not be considered discriminatory under any Australian anti-discrimination law. But what is considered “in good faith” in the eyes of the law?

One way of making it objective is to measure it against what is “reasonable” or what an “average” person would normally do.

“But many judges tend to interpret “good faith” as a window to gaze into the intentions of the specific person, and, because it is very hard to prove what the person felt or meant subjectively, the law ends up taking their word at face value,” Prof. Lixinski says.

Put simply, if applied subjectively, “good faith” creates an excuse for anyone to say anything, he says, and if they get in trouble, they can just say they “meant it well”.

According to Dr Haire, it could also mean a genuine belief that a statement is in accordance with their religious views.

“Given some religious teachings, this could include statements that same-sex relationships are sinful, that single parent families are sinful, that women should be relegated to the domestic sphere and obey their husbands, that certain illnesses or disabilities are a curse from god, and so on,” she says.

Is it possible to encourage rights protections in the absence of this bill?

It is possible but the first version of this bill came directly as a response to the marriage equality legislation, Prof. Lixinski says.

“It is a classic move: when a minority gains rights, the majority who perceives themselves to be threatened tries to find a way to claw back and put said minority “back in their place”, even if there is no actual threat (like here). There is no compelling evidence that there is a problem with insufficient protection of freedom of religion in this country, so the bill is not justified,” he says.

According to the Ruddock review, there were no substantial issues with religious freedom and therefore there's no necessity to create specific religious discrimination protections such as this bill, Dr Kaladelfos says.

“It is everyone’s responsibility to protect and encourage rights protections for all. I would suggest that a positive liberty approach to this is best – ensuring that workplaces cater for people’s genuine religious practices by having prayer rooms and ensuring that holy days can be appropriately observed regardless of the faith practiced,” Dr Haire says.

Should schools be allowed to "discriminate" based on religion?

Prof. Lixinski says the government has a mandate to allow people to live without fear of persecution or discrimination.

“To allow people to live without fear is just part of being a responsible citizen, and people of faith still have to make a case about why their fear of simply being in the same room as an LGBTIQ+ person, or a woman, or a disabled person, is greater than that person’s fear of losing their livelihoods,” he says.

Drawing comparisons to the vaccine passport bill, Prof. Lixinski says that the government has a duty to ensure that people feel safe leaving their homes in the face of contagious and ill-founded fear and hate, just like ensuring people’s safety in a pandemic.

If enacted, this bill will allow faith-based employers — such as schools, hospitals and aged-care providers — to “discriminate” against employees who are not of the same religious belief or sexual identity.

“This bill will clearly allow religious schools, hospitals and aged care facilities to discriminate in their hiring policies,” Dr Haire says. “This is manifestly unfair, and antithetical to egalitarian values. It is also highly problematic given that these institutions also get public funding.”

So, despite Australia’s preference of a secular government, this bill might create a future that segregates people based on their faith and beliefs.

“In most countries, the right to discriminate would fly in the face of the basic concept of freedom of religion, because the ability to discriminate affects the rights of others. For the belief to be protected, it needs to be an important part of the faith.

“So, I do not believe any faith person would openly say that the right to hate or discriminate against someone outside of their faith is an essential part of their belief system, but the bill allows them to behave this way without having to spell it out,” Prof. Lixinski says.