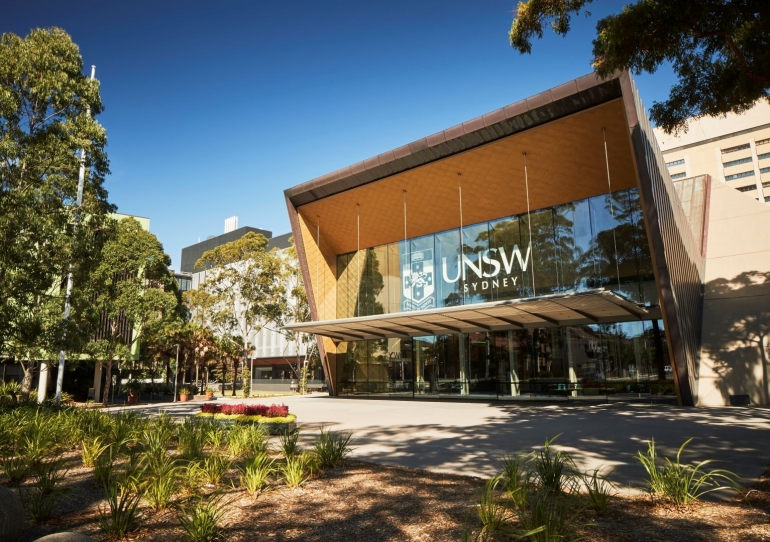 “This year we’ve seen such a wide-range of contributions being honoured – from sculpture to the environment, to social change and defence,” she said.

UNSW Science Emeritus Professor John Church received Officer of the Order of Australia (AO) for “distinguished service to climate science through oceanographic and sea-level research and publications.”  Beginning his career in CSIRO in 1978, Prof Church’s research focus has been on the role of oceans in the climate system.

“Professor Church has played a leading role in establishing consistent sea-level records, which have contributed significantly to the underlying science of climate change, and the way the public understands it,” said Professor Johnson.

“I am particularly pleased to see his work acknowledged in this way.”

Receiving a Member of the Order of Australia (AM) was UNSW Science alum Dr Graeme Batley, who was recognised for “significant service to environmental toxicology and chemical science.” Dr Batley received four degrees at UNSW (BSc Hons '62/ MSc '64/PhD '68/DSc '94) and has had a remarkably longstanding career as Chief Research Scientist of CSIRO Land & Water for the past 41 years.

Commodore Braddon Wheeler RAN received a Member of the Order of Australia (AM) for “For exceptional service to the Royal Australian Navy in senior command positions.”  Commodore Wheeler is a UNSW Science alum who completed his Bachelor of Science in 1983 and has since had a storied career as a leader in the Department of Defence.

“For service to the creative arts, particularly as a sculptor,” UNSW Science alum Philippa Graham has received a Medal of the Order of Australia (OAM).  After graduating with a Bachelor of Science in 1973, Graham worked across leadership roles in education and construction before becoming a sculptor.  She has since worked to support rural artists through the Dugong Arts Foundation and Sculpture on the Farm.

UNSW Science alum Daniel Hakim also received a Medal of the Order of Australia (OAM) for “service to the international community through a range of roles.”  After completing his Bachelor of Science in 1983, Hakim has contributed to several initiatives across film, sport, education, and culture.  An accomplished Karate practitioner, Hakim is a two-time silver medallist for Australia, and a leader in a number of sport-driven NGOs.  Hakim has also used his experience across film and media to drive social change and is currently a board member of the Alliance for Middle East Peace.

Finally, a Medal of the Order of Australia (OAM) was given to UNSW Science alum (BSc '65) Emeritus Professor Laurence Mather, for “services to anaesthesia and pain management as a research scientist and educator.”  Now an Emeritus Professor at the University of Sydney’s Faculty of Medicine, Prof Mather spent his early years as a chemist before training as an anaesthesiologist.  He then branched into academia, contributing towards research and education in several leadership roles, including in editorial roles for multiple journals.

“The UNSW Science community is thrilled to celebrate alongside you, and hugely proud of the diverse achievements and impacts you’ve made on Australian society.”