UNSW experts say lack of government policy, rather than the huge spike in the current cost of petrol caused by sanctions on Russia, is holding back domestic electric vehicle sales. 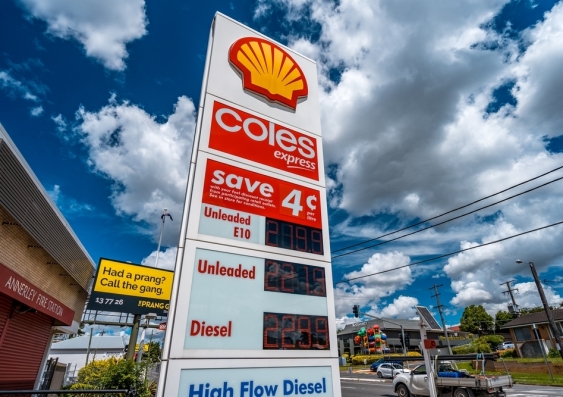 Sales of electric vehicles in Australia are not predicted to increase significantly this year, from what is already a relatively small base – even in the wake of petrol prices rising well above $2.10 per litre all across Australia.

And even if demand does grow, there is also a potential problem with the amount of suitable vehicles available to buy.

That is the view Professor Iain Macgill and Gail Broadbent from UNSW Sydney who have been monitoring the developing economic consequences of Russia’s invasion of Ukraine and subsequent sanctions on its economy, including the effect on its oil and gas exports.

Even though Australia gets most of its fuel from Asia, Russia is one of the word’s largest oil exporters and the sudden volatility in overall global supply has sent domestic petrol prices soaring.

But Professor Iain Macgill, Joint Director at UNSW’s Collaboration on Energy and Environmental Markets, does not think a significant number of motorists will suddenly decide to give up their current gas guzzlers and buy an electric vehicle simply because they are now paying much more at the pump.

“Oil prices were going up before Ukraine was invaded, so there are some wider market dynamics going on anyway,” Prof. Macgill says.

“Demand for oil has returned as Covid restrictions have been removed, but there also seems to be a global acceptance of the need for energy transition away from fossil fuels, and while investment in oil and gas climbed last year, it is below pre-covid spending.

“That shift in investment is what we need to see in order to avoid dangerous warming, but there are also challenges of bringing in new clean energy sources in a timely fashion as a replacement.”

In terms of Australian motorists replacing their existing cars with EVs, the evidence globally and here suggests that government policies, rather than the price of petrol, is the crucial factor.

For example, China has cheaper petrol than Australia but is the world’s largest EV market by far. Policy, say the experts, is a key difference.

“When people buy an electric vehicle they might be focused on petrol prices, but the savings will depend on how petrol prices, and electricity prices, evolve over a period of 10 or 15 years, and there is obviously considerable uncertainty with that. I think there are a lot of factors that come into people’s decision-making regarding the purchase of EVs and it is very complex,” Prof. Macgill says.

“Utes and SUVs now dominate the Australian new car market, despite their higher fuel consumption than smaller cars, so that suggests the cost of refuelling is not the most significant factor when people are considering what vehicle to purchase.

“For EVs there are the higher upfront costs, questions about battery life and charging needs. Where we have seen major progress in EV uptake around the world, the key factor has been government policies to make owning an EV cheaper and more convenient - subsidising up-front costs, providing other incentives and supporting infrastructure buildout.

“Such support also gives manufacturers a reason to focus on your market - already in Australia demand for some EVs way outstrips the vehicles available.

“But part of the challenge with energy transition to date is almost certainly lack of intent. Although we say that we need to stop investing in oil and gas, we are not actually moving away from these fuels - certainly not at the rate required. What we need to do is realise how important it is to step up investment in clean energy as we wean ourselves off fossil fuels,” he adds.

“What is happening right now is perhaps such a teachable moment in this regard. Some nations, including Australia, are imposing sanctions on Russian oil. But perhaps the most powerful thing we can do is for governments to say: 'We're going to work to kick our oil addiction'.

“The sanctions have been imposed because Russia has acted so badly internationally. Some of the other largest oil exporters in the world including the UAE and Saudi Arabia have also acted badly. And our addiction to oil has allowed them to behave badly. In some other major oil exporters our addiction has destabilised their economies and governance – the well-known ‘Resource Curse’. In both regards, our addiction hurts not only ourselves but also others.”

Gail Broadbent, a PhD candidate in UNSW’s Faculty of Science, has researched ways to enhance Australian electric vehicle uptake – with EVs making up just 2 per cent of new-car sales in 2021.

That compares very poorly to world-leader Norway (65 per cent), but also against countries such as UK (12.5 per cent), China (9 per cent) and even USA (4 per cent).

And she agrees that it will take more than current petrol prices to persuade significant numbers of consumers to start to consider buying cleaner, greener cars.

“I think it's really important that people understand we are addicted to oil. And we were not doing enough to get ourselves off,” Broadbent says.

“When it comes to the motivations of individual car buyers, the reasons for them to purchase an electric vehicle or not are multifarious and you can’t say it comes down to just one thing.

“Many more people buy second-hand cars compared to brand new cars and those type of vehicles with electric motors just don’t really exist, so that is a large part of the market wiped out.

“Other people buying a new car might want to choose an environmentally friendly vehicle and have the very best intentions of doing so, but then they see that the initial cost is higher and they just can’t afford it.

“Another problem is that there is just not a good range of EV vehicles available on the market in Australia, so choice is limited. Some of that is because we don’t have the same level of emission standards as most other countries, and especially compared to Europe where there are big fines for manufacturers if they sell too many cars that cause the most pollution,” she says. 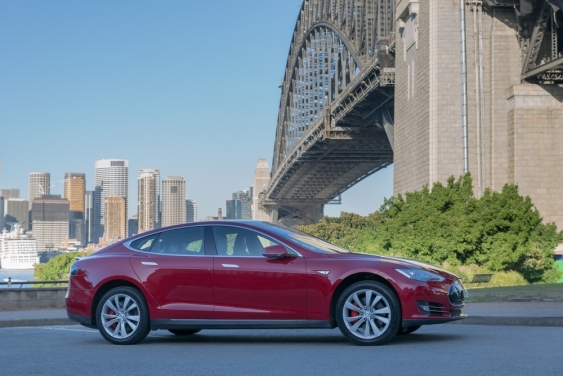 Tesla is one of just a handful of companies selling EVs in Australia, but the very cheapest model in its range costs a relatively hefty $59,900. Photo: Shutterstock.

“So that means a company like Volkswagen has to sell a lot of EVs in Europe to meet their targets and therefore they don’t send them to Australia, and instead we get the dirty cars – which people continue to buy.

“Car companies are in business to make money for their shareholders. They're not there to be nice. Australia basically doesn’t make any cars now, so these foreign manufacturers will keep selling whatever they want in Australia up until the regulations are changed to make them do anything else.”

Broadbent, a former transport policy advisor to NSW Government, has conducted research recently which suggests Australia has very little hope of reaching its goal of being carbon net zero for the road transport sector by 2050 unless there is an imminent strong transition to electric vehicles.

Modelling has also shown that without significant support and investment by government in relevant EV infrastructure, such as an adequate network of charging stations, consumers will remain anxious about buying such vehicles.

And Prof. Macgill agrees that Federal policy needs to change - not only to help boost levels of EV ownership, but also economically support the transition away from combustion engines.

And that is especially important when the issue of equity is also taken into consideration.

“There is a big role in terms of government policy in this space around the equity implications, because we don’t have any ‘cheap’ EV vehicles in Australia right now,” he says.

“I can see what is happening in the United States where some talk show hosts on TV are saying, ‘Well if the price of gas goes up because of Ukraine, then I am happy to pay it’. Or they already have an EV so they are not affected.

“That’s great. But that’s people on big salaries on TV talking. What about the rest of us who don’t have the money to buy an electric vehicle?”