From cocoa bean to chocolate block, a millenia-old process is still helping to bring chocoholics the same joy today. 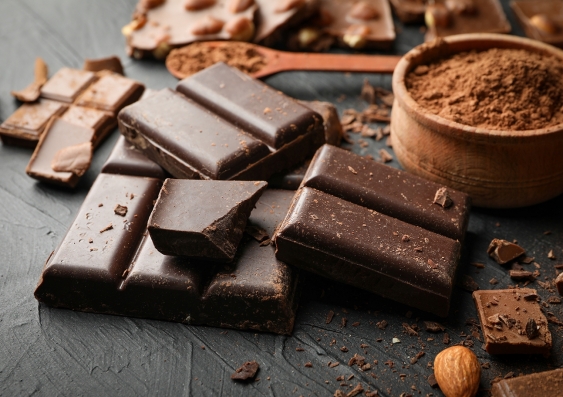 There’s no denying that chocolate is one of the world’s favourite foods.

Whether you prefer milk, dark, caramel or added hazelnuts, chocolate is enjoyed by millions of people each year. So much so, that the global chocolate and confectionery production industry is currently worth $100 billion.

“Food technologists can experiment with different flavours and styles of chocolate but when it comes down to the very core of how it’s produced, we are still doing chocolate the good old-fashioned way because people love the way it tastes – so why reinvent the wheel?” he says.

“Cocoa trees originated from the Amazon region in Central and South America. Thousands of years ago, the native Indian and Aztec peoples used to make a drink from the beans rather than eat it like we do now.

“Now we have plantations across Indonesia, Nigeria, Ghana, and even small ones in Northern Queensland here in Australia, but most cocoa beans are still sourced from the Ivory Coast.

“It’s a growing industry because everyone loves chocolate – it’s almost become a staple in every household’s pantry.”

From bean to block

Chocolate production starts with cocoa. Each cocoa tree can bear approximately 1000 beans a year which is typically enough to make one kilogram of chocolate.

Growing cocoa is notorious for being very labour intensive and requiring hard manual work with plantation workers cutting the pods with machetes by hand.

Once the pods are ripe, they are harvested, and the cocoa beans are removed and placed in a pile covered with large banana leaves. This is called the fermentation stage and allows the beans to break down, says A/Prof. Zhao.

“The fermentation stage takes about five to eight days depending on the climate,” he says.

“During this process, the flesh of the cocoa beans decomposes and lots of flavouring compounds are produced. This part of the process has a huge impact on the taste of the final product.

“Once the beans are fermented, they are dried in the sun for several days, packed and shipped to chocolate manufacturers all over the world.”

At the manufacturing plant, the dried cocoa beans are firstly roasted, which helps the bold colours and flavour of the bean to fully develop. The beans are cracked opened and the ‘nibs’, the small pieces of crushed cocoa beans, are extracted and ground up to produce a cocoa liquor.

Depending on the manufacturer’s formula, milk and sugar or more cocoa powder can then be added to achieve the desired taste.

“This is where chocolate makers get creative and what really sets them apart from each other,” says A/Prof. Zhao.

“While most of the production process is usually done in large industrial warehouses, there are some smaller makers that still do this manually – it’s a culinary form of art.” 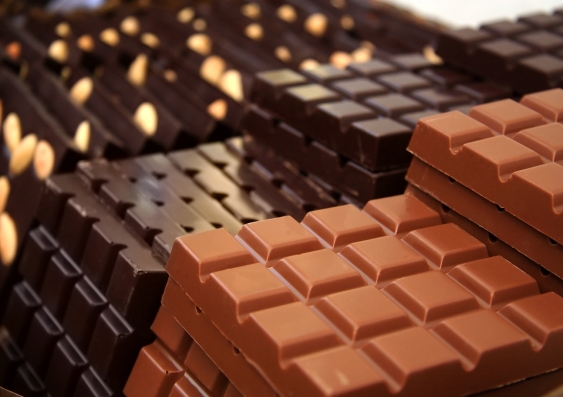 Dark chocolate, with about 70 to 80 per cent of cocoa, contains lower amounts of sugar and is rich in antioxidants. Image: Shutterstock

A/Prof. Zhao says understanding the science of chocolate has helped develop modern ways to improve the consistency during the fermentation process.

“We know that cocoa pods are still harvested by hand and the beans are dried on banana leaves on the ground – they still do things the traditional way so there is little control in things like hygiene,” he says.

“We’re trying to understand what microbes are important to achieve that chocolate flavour we all know and love so we can develop microbes into static cultures.

“We then use these static cultures to transform the fermentation process into a more controlled industrial process – that’s the goal.”

Europe is the world’s largest chocolate producer and exporter, with a global market share of approximately 40 per cent of industrial chocolate.

But who takes out the crown for the world’s best chocolate? It depends on who you ask.

A/Prof. Zhao says while two brands of chocolate might source their cocoa beans from the very same plantation, there can be a significant difference in taste through the production process.

“One chocolate maker might do everything manually and another might have different ratios of milk and sugar they add to it,” he says.

“Even if you source the same beans from the same plantation, that doesn’t mean you’re going to get the same tasting block of chocolate at the end.

“It’s like wine. A bottle of red wine produced by different winemakers but from the same grapes will still taste different– even if they’re both the same type of wine.

“Some people will say Swiss chocolate is the best and others will say Belgian chocolate is superior, but it comes down to your own personal preference and taste buds.”