Is using super to buy a house a good idea?

With the federal election only days away, debate is raging over the major parties’ housing affordability schemes. 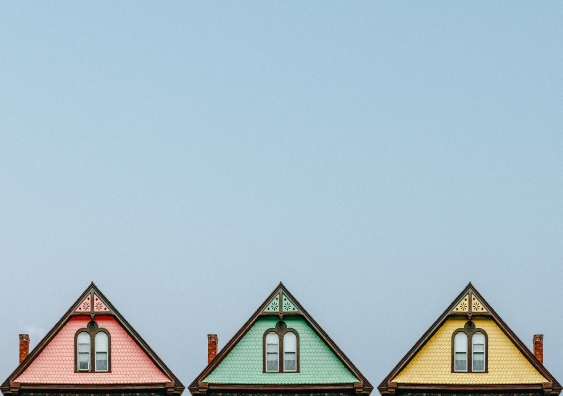 Cost of living and affordability has come up again and again as a major concern of voters.

Prices in Australia have sky-rocketed in recent years, with the ABS reporting that as of December 2021, the mean price of houses across the capital cities had risen by $44,000 to reach $920,100. Anxieties around homeownership and breaking into the housing market are high: according to the ABC’s Australia Talks survey, 65 per cent of young Australians out of those surveyed did not believe that having their own home was a possibility.

And with Australians heading to the polls this Saturday, both major parties have released plans as part of the election campaign that they say they will tackle one major aspect of this – housing affordability.

To tackle this, the Coalition home-buyer scheme – the Super Home Buyer Scheme – was announced by Prime Minister Scott Morrison last weekend. The Liberal Party plan proposes allowing first-home buyers to withdraw up to 40 per cent of their superannuation balance up to the amount of $50,000 to use for a mortgage deposit.

When – or if – they sell the property, the amount withdrawn must be returned into the person’s superannuation account, with capital gains or losses factored in.

Using money that is put aside for retirement savings to break into the housing market, has attracted criticism and analysis from economists and policymakers. But would the scheme actually be worth it for homebuyers? And what could the plan mean for future planning – such as retirement age and long-term affordability?

Is using super to buy a house worth it for first home buyers?

Rafal Chomik: As always, everyone’s situation is different. Once the details of the policy are set and someone is facing that kind of decision, getting financial advice may help.

At an individual level, it may make sense to purchase a house first and then build up super savings after. One advantage of buying a home early in life is that it’s a leveraged investment (meaning an investment that seeks higher returns through using borrowed money). It’s harder to borrow money through your super – though possible through self-managed super funds.

A leveraged investment means that you’re investing the bank’s money in the house. So, when house prices rise, and interest rates remain low, the return on the initial deposit can be large. Super would then make sense to invest in since in a world of low-interest rates there is a disincentive to pay off a mortgage and an incentive to instead invest in higher-yielding financial assets through a tax-advantaged superannuation fund.

Of course, there are some serious risk-return trade-offs here.

House prices don’t always rise, and interest rates don’t always remain low. The trade-off may also involve lower super balances in retirement, though the policy seeks to address that by allowing only a proportion of super to be withdrawn, and that that needs to be paid back into super if the house is sold.

What does using super to pay for housing mean on a wider scale?

Rafal Chomik: On the macro scale, the trade-offs of the scheme are less appealing, since most of that extra super money will just go into higher prices and straight into the pockets of existing homeowners.

Housing policies proposed by both parties (Labor has announced a Help to Buy scheme) are designed to pour money into the demand side of the equation and have shied away from comprehensive strategies to increase the supply of houses. A government inquiry reported on such measures just two months ago so there is already plenty of options.

It’s a shame, therefore, that the debate is framed as either a choice between super or housing. Indeed, super and housing should be seen as complements in retirement – super becomes a liquid asset to pay for consumption while an owned home protects against rent hikes and tenure risks. One strategy to protect super while improving home buyer prospects would be to allow super to be used as mortgage collateral – it would only be depleted in the case of mortgage default.

Also, not everyone wants to buy a house or has the super balances to allow them to contemplate the decision. Governments could do more to strengthen renters’ rights, considering Australia’s renter protections are worse than in a lot of other OECD countries.

Could using super for housing push up the retirement age?

It may also lead some people to choose to work longer because they are either still paying off a mortgage or have less super than they were hoping. Indeed, we’ve seen some increases in housing cost stress at older ages as a result of greater shares of older people paying off their mortgage later.

This is the second time the Coalition has put forward the idea of individuals using their super to counteract an issue in recent years. Does this sacrifice long-term problems to solve short-term problems?

Rafal Chomik: There is a concern that super is sometimes used as a cash cow to deal with broader problems. During the COVID recession, the government was encouraging withdrawals from super instead of doing more to strengthen the social safety net. Super is now being touted to fix housing affordability, which it won’t. An unresolved debate is about sustainable funding of aged care – is there a risk that super will again be targeted?

Rafal Chomik: Problems with the ‘preservation’ of retirement savings is not widespread in the Organisation for Economic Co-operation and Development (OECD) countries. While developing country pension systems often face such challenges, over the last few decades most OECD countries have tightened early access to funds and pensions intended for retirement.

But it’s not unheard of - even in countries with well-developed systems similar to Australia’s. Chile, for example, has recently allowed early access to superannuation-like savings to compensate for economic hardship, which will likely result in lower retirement benefits.

What might the scheme do to house prices and affordability?

Rafal Chomik: It is expected to contribute to rising property prices and declining affordability. But the scale of the impact is unclear.

The scheme is limited to first home buyers who will be owner-occupiers (for 12 months after purchase). Of the credit issued by banks to buy houses about two-thirds goes to owner-occupiers and of these loans only a fifth are issued to first home buyers. Plus, many will not have the super balances to withdraw much. You would need to have a superannuation savings balance of over $125,000 to withdraw the $50,000 maximum.

How does the Super Home Buyer Scheme interact with the recently announced Downsizing for under 55s scheme?

The Downsizing scheme is not expected to have a large effect on the supply of houses. Something that would be more effective in that regard is reforming stamp duty, which remains a major impediment to downsizing in most jurisdictions except Canberra. The ACT is halfway through phasing out stamp duty (which is effectively a tax on moving house).

See also: What is driving people’s decision to withdraw their super now?