After decades in the making, the plan to breed mountain pygmy-possums and reintroduce them into lowland rainforests has begun. 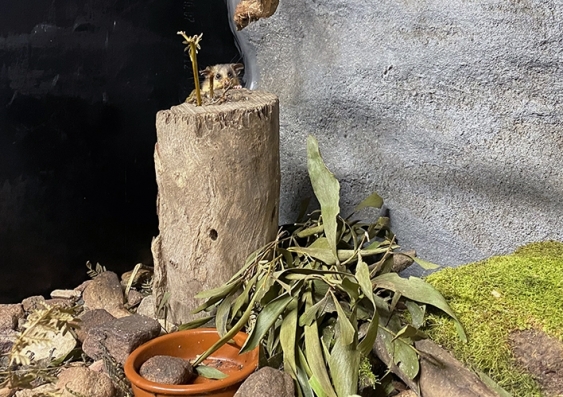 The project to save the critically endangered mountain pygmy-possum from climate change took a few tiny paw-steps forward early this month as 14 of their number were introduced to their new home near Lithgow.

There, in a newly-built breeding facility at the Secret Creek Sanctuary, the mountain pygmy-possums joined a few of their Burramys parvus species who had up until now been living in temporary enclosures awaiting construction of their new dwelling.

The project, led by UNSW Sydney and partnered by wildlife foundations and government conservation programs, received a boost from an unexpected quarter when the Prague Zoo offered to inject more than $190,000 towards the building of the breeding facility following the devastating bushfires that swept eastern Australia in 2019-20. Some of these fires damaged parts of the alpine habitat where these critically endangered little possums occur. 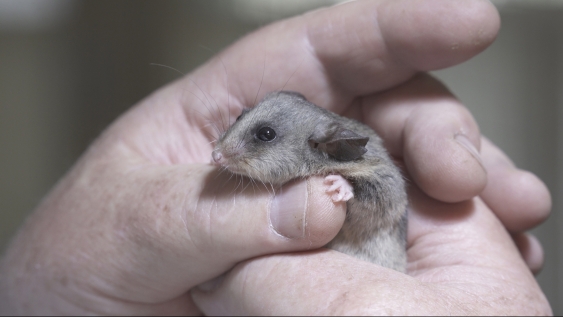 Mountain pygmy-possums weigh 45 grams and have a body 11 cm long and an even longer 14 cm tail. Photo: Lee Henderson/UNSW

Last month, representatives from the Prague Zoo, including its Director, Miroslav Bobek, and the Czech Republic Ambassador to Australia, his Excellency Tomáš Dub, were on location to officially launch the breeding facility at Secret Creek Sanctuary.

The new home for this endangered species consists of purpose-built foraging and nesting areas within a large building serviced with all of the resources needed to encourage the possums to enjoy life and, hopefully, be highly reproductive.

The completion of the facility this year is a key step in the plan to save this species from extinction – there are thought to be less than 3000 left in the wild.

UNSW’s Dr Hayley Bates from the School of Biological, Environmental and Earth Sciences, one of Australia’s leading experts on the animal, says the first stage of the breeding project is to get the possums acclimatised to their new environment, including sourcing new foods.

“The alpine environment is changing, we have already seen mass declines in bogong moth numbers, an important food item for the possums in the wild,” she says.

“We want to investigate how the possums will respond to modern changes in their environment, so that when impacts of climate change occur, we can make better informed, science-based management decisions to protect this species in the wild. Understanding how the possums have dealt with changing climates in the past is key to this story.“ 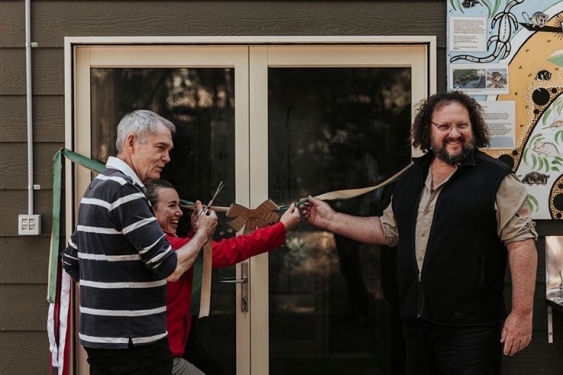 The cool, temperate lowland rainforest environment near Lithgow is seemingly worlds away from the harsh conditions of alpine NSW and Victoria, but according to UNSW palaeontologist Professor Mike Archer, the mountain pygmy-possum has been living at the edge of survival for thousands of years.

“For 25 million years, almost identical ancestors to the species living in the alpine area today, were thriving in cool, temperate lowland rainforests. Among other places, we have found their fossils in the Riversleigh World Heritage Area of northwestern Queensland in rocks that span 25 to 10 million years ago, a time when this lowland area was covered by wet, species-rich rainforests,” Prof. Archer says.

“We think the mountain pygmy-possums moved into the alpine area during a warm, wet period during the Pleistocene, but when the climate changed, they became stranded there. They only just managed to survive by using the rock piles and snow cover to insulate themselves against the cold of winter. The rock piles also protect them from the lethal heat of summer. 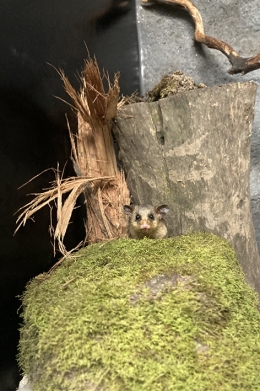 The new home for this endangered species consists of purpose-built foraging and nesting areas within a large building. Photo: Hayley Bates

“And now climate change is threatening them again. As winter snows decline, the cold winter air will seep down into the rock piles and kill them while they are asleep. So we decided to use these clues from their past to reintroduce them to the cool, lowland rainforest environments where their direct ancestors thrived.”

The mountain pygmy-possum is one of the few Australian animals to hibernate, which scientists say was an adaptive behaviour to the colder environment. Interestingly, in the warmer lowland environment, the possums no longer need do this, any more than their ancestors did millions of years ago.

“We’ve now got a facility that will enable these alpine possums to adapt to a very different environment of the kind that their ancestors enjoyed and thrived in for millions of years. The breeding facility will provide the bridge to help them transition back into those far more comfortable environments and survive the lethal changes coming to the alpine zone,” he says.

“It’s just great to be able to finally see this dream – which has been decades in the making – turn into reality.”