UNSW expert Renate Egan explains how countries around the world have reacted to the oil and gas supply chain issues caused by the fallout of Russia's invasion of Ukraine. 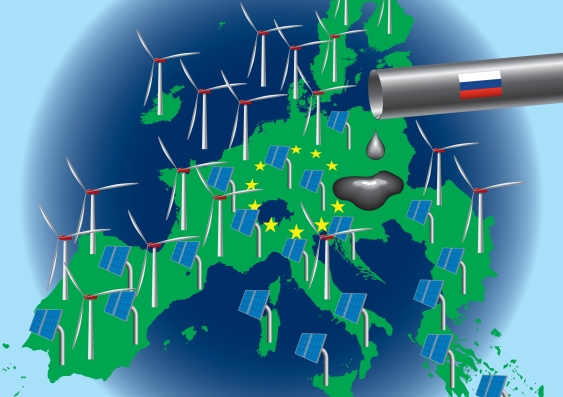 Fears about energy independence in the wake of the war in Ukraine that caused an oil and gas supply crisis have accelerated the global transition to renewable energy.

But the cost savings offered by solar and wind power are also a major influence in the switch to greener and cleaner electricity, according to UNSW expert Professor Renate Egan.

US energy secretary Jennifer Granholm told the Sydney Energy Forum in July that, “No country has ever been held hostage to access to the sun”.

Her comments referenced the growing problems in the global energy market caused by Russia cutting oil and gas supplies to Europe in response to the severe sanctions imposed following the invasion of Ukraine.

Professor Egan, Deputy Head (Engagement) of UNSW’s School of Photovoltaic and Renewable Energy Engineering, says countries around the world have been affected by the cut in gas supply and forced to react quickly to amend their energy policies.

Denmark and Norway, for example, have proposed major wind power developments to provide electricity to themselves and the rest of Europe, while the European Union’s Mediterranean Hydrogen Partnership with Egypt is designed to promote investments in renewable electricity generation and the production of low carbon hydrogen.

“I think this has been a real shock to the system, but anyone doing a proper risk analysis would have identified it as a potential problem. Nobody expected it to escalate so quickly and to this extent, so that is what has prompted the international reaction,” Prof. Egan says.

“Globally there has been some quite interesting responses to the situation. Within weeks Ukraine was disconnected from the Russian electricity grid and connected to the European grid in order to strengthen their energy supply.

“And in the past few months, the European Union and each individual nation has been very busy in reworking their energy policies to reduce reliance on Russian gas.

“All of them are looking at greater investment in solar and wind power to replace that reliance on gas. In the shorter term, there is also discussion in certain countries, for example France, to revive some of their nuclear power plants to deal with the current situation while they invest in those renewables.” 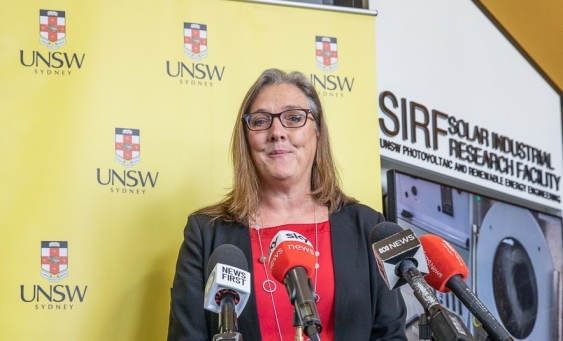 However, Prof. Egan points out that switching to solar power potentially just swaps one form of reliance to another – since a recent International Energy Agency report highlighted the fact that China’s share in all the key manufacturing stages of solar panels is set to reach 95 per cent by 2025.

“Countries are aware there is the same sort of supply chain risk in terms of China and solar panels that we currently see with Russia and gas,” she says.

“There is a big push to manufacture the panels more locally, because if there is going to be more reliance on solar energy, then we can’t just rely on one country to be the manufacturer. There needs to be diversity in that supply chain as well.”

Australia might be 13,000km away from Ukraine, but that doesn’t mean it has been shielded from the impacts of the energy crisis caused by Russia’s invasion.

Australia has suffered significant increases in the cost of oil, gas and electricity due to the huge global changes in supply and demand. 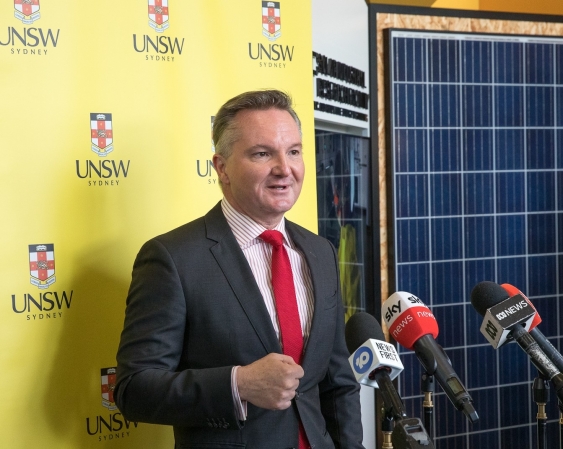 Our own opportunity to amend domestic energy policies has been hampered somewhat by the fact a Federal election took place in May, which subsequently brought in a completely different government.

But Prof. Egan says the Australian public is likely to be surprised by how much domestic electricity supply is already being provided by renewables.

“In regards to the election, there was a six week caretaking period, and we've had four weeks with the new government setting up their ministries, so there has been a bit of downtime,” she says.

“But I don't necessarily think in the long term, that's a bad thing. Because ultimately we now have a more progressive government, who have policies framed up around an increase in renewable energy which I think will set us on a better path.

“I think there will be some vigorous conversations about our energy policy over the next few months.

“But we are already currently at 15 per cent of our electricity supply coming from renewables, and that has doubled in the past three years alone. I think if you asked most people how much came from renewables, they might say two or three per cent. So they’d probably be surprised it was that high already.

“I believe it is possible to get to 50 per cent of electricity from renewables within five years. If we double again in the next three years, we get to 30 per cent, and doubling again gets to well over half. A lot of those gains have been from people installing solar panels and batteries in their homes.

“State governments generally run energy policy. And the two biggest states with regard to energy consumption are New South Wales and Victoria, and they have some progressive ambitions including investment in Renewable Energy Zones.

“Those open up investment opportunities for large scale solar and wind development. Those plans have been in place for the last year or 18 months, so it’s not a reaction to what happened in Ukraine. But they have perhaps been emboldened by the consequences of that situation and gained confidence that when they do open up these renewable energy zones then investors are there ready.”

The price is right for renewables

Ultimately, Prof. Egan says, the argument for solar and wind energy has shifted in recent years from ecology to economy, with electricity from those renewable sources now significantly cheaper than that from burning fossil fuels.

So the most powerful driving force in the switch to greener energy is often the cost savings it offers. The benefits to the environment, and of increased energy independence, are simply a by-product of saving money.

“I'm really quite optimistic about the continued increase in renewables, because it's really a financial business decision now more than an environmental one,” Prof. Egan says.

“Big business and big industrial manufacturers who need lots of energy are either buying it from renewable sources because it’s the cheapest available, or they are building the means to produce renewable energy themselves.

“There are ethical, environmental, energy independence and supply chain benefits, but the simple bottom line is that renewables are the cheapest form of energy.”