A team from UNSW Sydney has developed a way to 3D print strong, high-conducting solid polymer electrolytes into custom shapes. 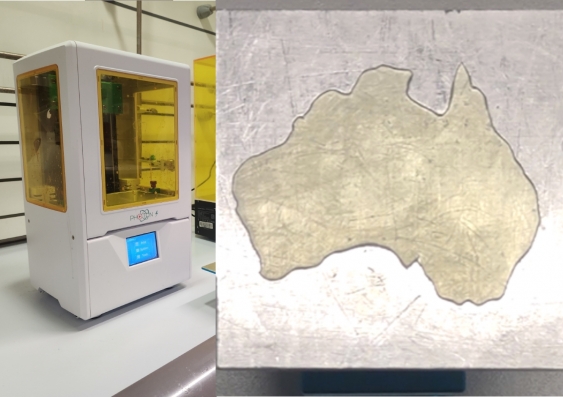 UNSW engineers have developed a process to print solid-state polymer electrolytes into any shape desired for use in energy storage.

The research team from the School of Chemical Engineering led by Professor Cyrille Boyer, including Dr Nathaniel Corrigan and Kenny Lee – say the 3D printing process of such material could be particularly useful in future medical devices where small, intricately designed energy storage offers a number of benefits.

Solid-state electrolytes are a key component in solid-state batteries, although traditionally they have suffered from poor performance due to low ionic conductivities or poor mechanical properties.

However, in a paper published in Advanced Materials, the team from UNSW reports their 3D printed solid polymer electrolyte (SPE) offers high conductivity, as well as robust strength.

This means the solid-state electrolytes can potentially be used as the actual structure of a device, creating a range of conceivable design opportunities, particularly for future medical products.

“Nobody has 3D printed solid polymer electrolytes before. Traditionally they have been made using a mould, but previous processes did not offer the ability to control the strength of the material, or to form it into complex shapes,” says Kenny Lee.

“With existing solid-state electrolytes when you increase the mechanical strength of the material, you sacrifice a lot of the conductivity. If you want higher conductivity the material is much less robust. What we have achieved is a simultaneous combination of both, which can be 3D printed into sophisticated geometries.

“This polymer electrolyte has the potential to be a load-bearing energy storage material. Because of its strength, it could be used as the actual structure of small electronics, or in aerospace applications, or in small personal medical devices given our 3D printing process can be very intricate and precise.

“We can create really tiny structures with the kind of systems we're using. So it has fantastic application in nanotechnology and anywhere you need to design energy storage on a micro-scale level.”

Although the solid polymer electrolyte developed by the UNSW team is regarded as a high-performance material, the researchers say it can be manufactured using inexpensive and commercially available 3D printers, rather than sophisticated engineering equipment.

The SPE described in the paper is composed of nano-scale ion-conducting channels embedded in a rigid crosslinked polymer matrix. It is produced via a process known as polymerization-induced microphase separation (PIMS).

To showcase the versatility of the material, the researchers 3D printed an intricate map of Australia which was then tested as an energy storage device. 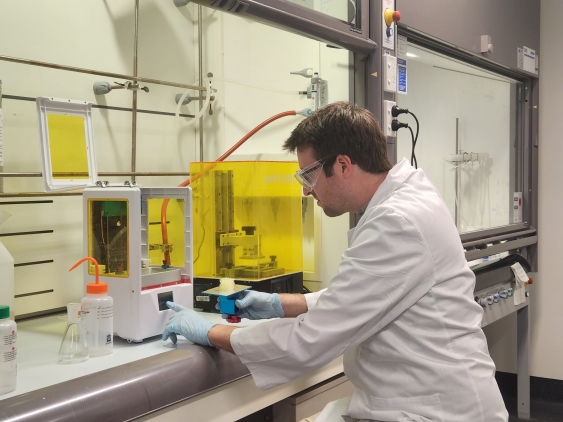 “One of the other benefits of this SPE in energy storage devices is the fact it increases the cycling stability – that is the number of charging and discharging cycles until its capacity is reduced to a certain amount,” says Dr Corrigan.

“In our paper, we show that this material is very stable and has the ability to charge and discharge over thousands of cycles. After 3000 cycles there was only roughly a 10 per cent drop.”

The researchers say 3D printing also reduces wastage compared to other traditional forms of manufacturing and reduces costs since the same machine can be used to produce a variety of differently shaped materials.

In future, they say product designers could utilise their SPE to create items with a much higher energy storage density.

“Imagine an earpod predominantly made out of this material, which is also acting as the battery. The storage density will be much higher and the power would therefore last longer,” says Professor Boyer.

“We really hope to be able to push forward in terms of commercialisation because we’ve created some really incredible materials and processes.”