One of the federally funded projects involves UNSW Water Research Laboratory researchers, who are already leading the field in their own successful large-scale blue carbon restoration sites.

The NSW Minister for Environment and heritage James Griffin said the NSW Strategy is perfectly timed given the new era of natural capital and the increasing demand for sustainable investment products.

‘We have more than 2,000 kilometres of NSW coastline and surrounding areas that could support the storage of additional blue carbon, which would significantly contribute to our goal of reducing carbon emissions, while restoring and rewilding our marine environment.’ he said.

WRL’s unique combination of blue sky academic research and a team of practicing professional engineers has been a major factor in its own successful blue carbon outcomes, with over 1,000 hectares already restored across multiple sites.

‘As leaders and pioneers in implementing large-scale successful Blue Carbon restoration projects in Australia,’ A/Prof Glamore said, ‘we are thrilled that government finances, and even more importantly, government policy and attention are being turned to this vital area.’

Ongoing engagement with industry and government partners means that WRL can continue to deliver on its contribution to global action on climate change.

What is Blue Carbon?

Blue Carbon is the carbon captured by the world's ocean and coastal ecosystems.

Blue carbon ecosystems including mangroves, seagrasses and tidal marshes are highly effective sinks that can absorb carbon dioxide from the atmosphere faster than most land ecosystems. Moreover, they can store that carbon for very long periods of time.

In addition to carbon sequestration, blue carbon ecosystems also provide high priority habitats and countless ecosystem services such as fisheries productivity, nutrient removal, recreation and flood protection and mitigation. But up to half of the world’s coastal ecosystems have vanished over the last century, costing the planet an important weapon in the war against warming.

Australia is considered a significant global location for Blue Carbon, with estimates that 5–11% of the global coastal Blue Carbon stocks already exist here.  Which is one of the reasons why, Glamore says, Australian expertise is highly developed here.

For over twenty years the UNSW research team at WRL has been carrying out Blue Ecosystems research with a focus on best practice engineering techniques, cost-benefit economics, ecosystem services and climate change, in particular by their eco-engineering team. ‘There is great potential for large-scale Blue Carbon ecosystem restoration in Australia, particularly NSW,’ Glamore says.  ‘Due to the geography and favourable legislative conditions, NSW has sufficient land available and can promote Blue Carbon restoration projects at a much larger scale than elsewhere.’

Glamore and his team already have several evidence-based success stories to inspire others. These include:

Big Swamp restoration project: Big Swamp is the local name for a series of drained agricultural floodplains located on the Manning River estuary on the mid-north coast of NSW. For many years, the site has been listed as one of the three worst acid sulphate soil hotspots in NSW.

Their work has turned a large acidic landscape into a new tidal wetland, and won the 2015 Green Globe Award for Natural Environment Sustainability. 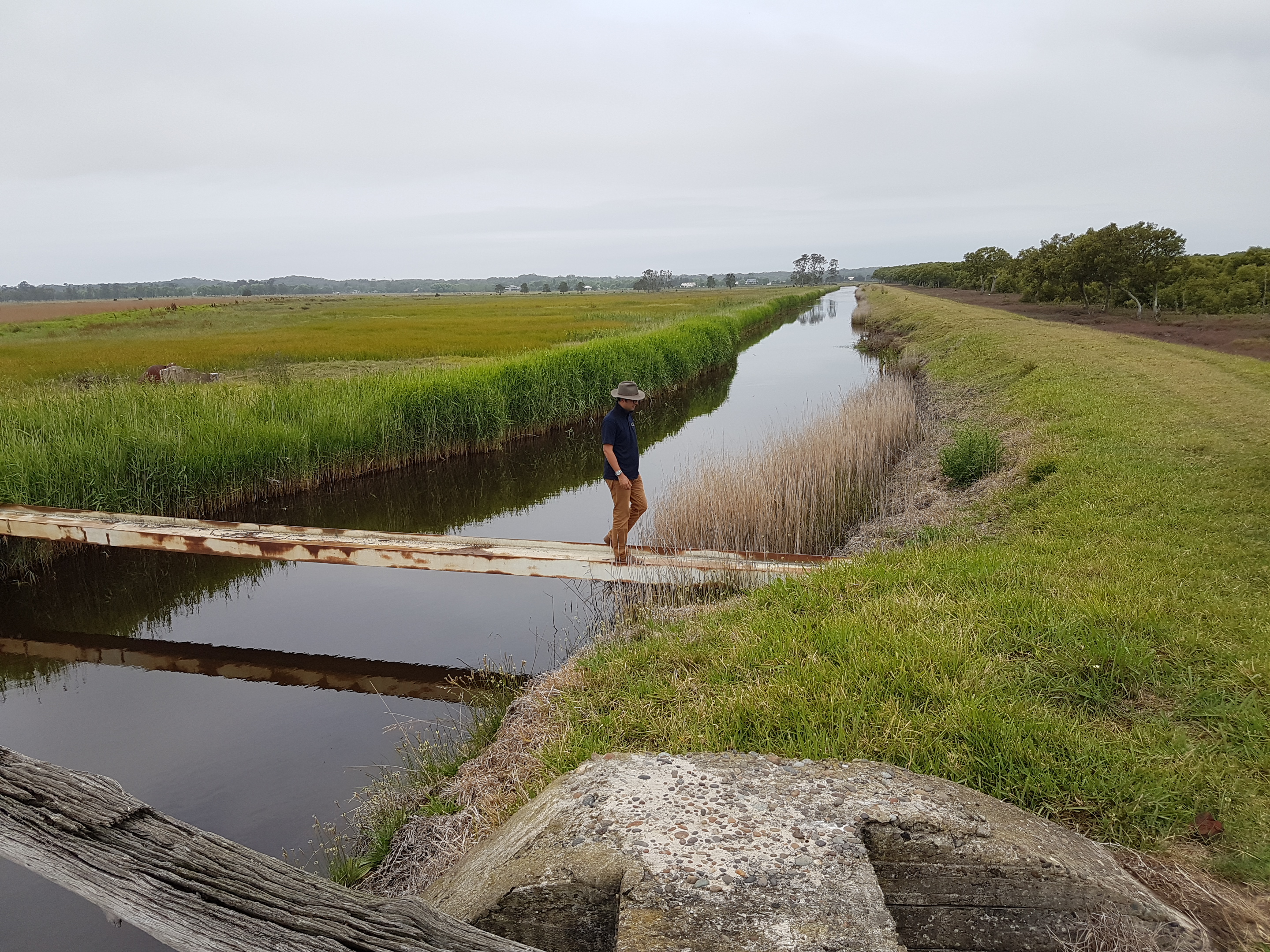 Tomago Wetland restoration: Tomago Wetland is a 450 hectare wetland located within the Hunter Wetlands National Park on the northern shore of the Hunter River estuary. Since 2004, WRL has been working in collaboration with the NSW National Parks and Wildlife Services (NPWS) and the Department of Primary Industries (NSW Fisheries) to transform the site from a large acidic landscape into a restored productive tidal wetland, which is now vibrant with aquatic and bird life.

WRL has been involved in all phases of this large restoration program including soil analysis, SmartGate design/construction, levee and culvert design, earthworks, advanced monitoring, and modelling. The successful project won the 2013 National Trust of Australia’s Award for Conservation, and 2014 Engineering Excellence Award. 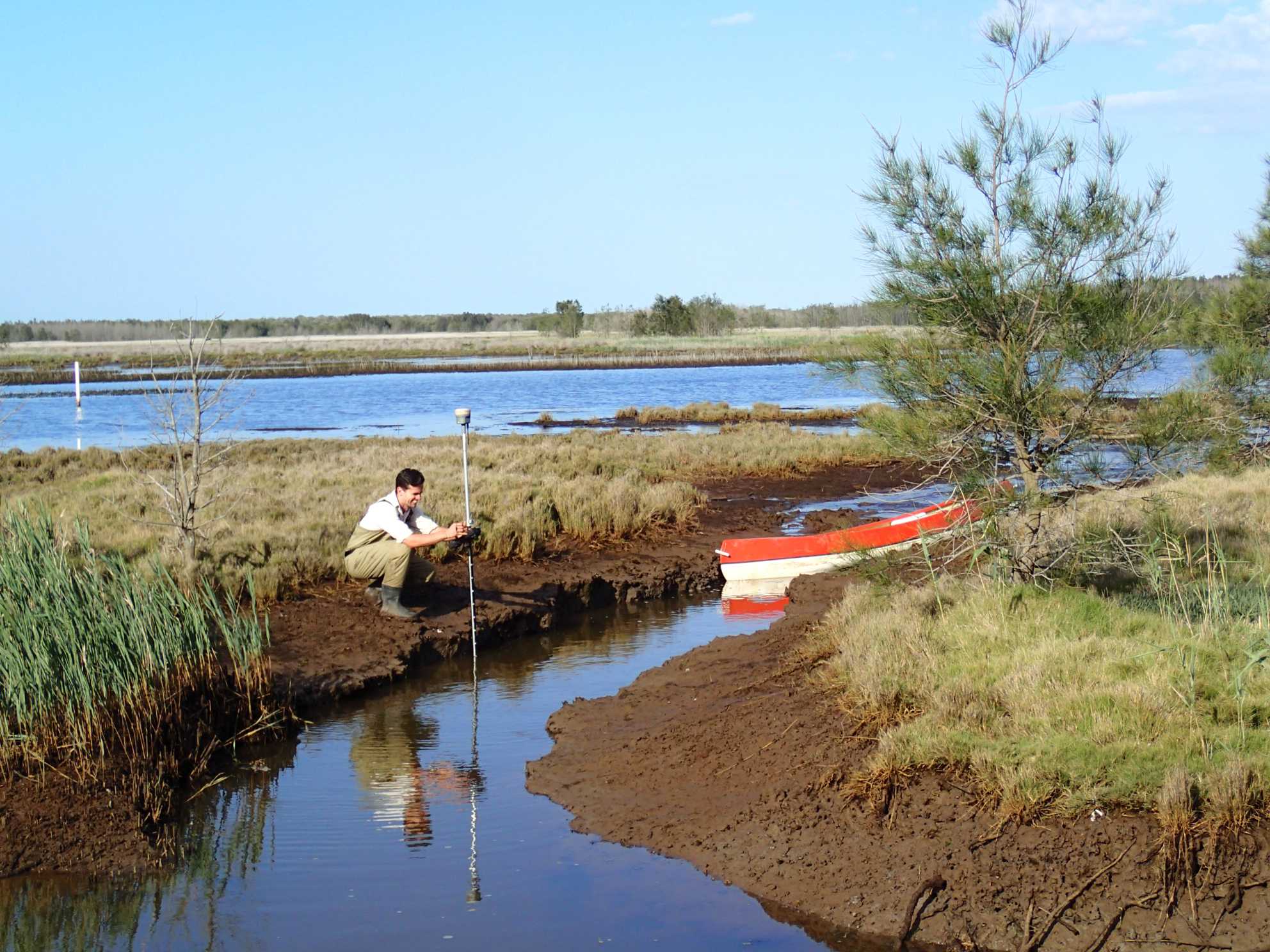 Yeramba Lagoon is located on the left bank of the Georges River estuary, approximately 20 km upstream from Botany Bay.  Years of reclamation, construction and poor land management led to an accumulation of contaminants and poor tidal flushing. WRL completed a detailed investigation of the lagoon condition and hydrology for the lagoon managers, NSW National Parks & Wildlife Service.

Following a restoration action plan, three hectares of weeds have been manually removed, and modern infrastructure installed, enabling adaptive management of the site into the future. Daily tidal flushing was restored to the lower half of the lagoon, with areas above the high tide level being populated by freshwater wetland vegetation species.

It is expected that mangrove and saltmarsh species will re-establish across tidal areas of the lagoon in the near future, further expanding key fish habitat within the Georges River estuary and restoring the blue carbon coastal wetland ecosystem. 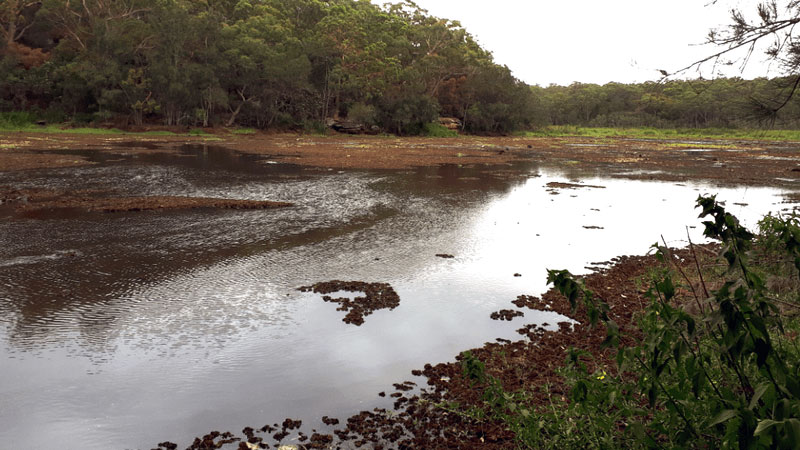 All these projects and many more carried out by the WRL team demonstrate the financial values of ecosystems services and the biodiversity benefits resulting from blue carbon ecosystem restoration.