Young cold-blooded animals are suffering the most as Earth heats up, research finds

In a warming world, a species’ ability to acclimatise to temperatures is crucial. But young ectotherms can struggle to handle the heat. 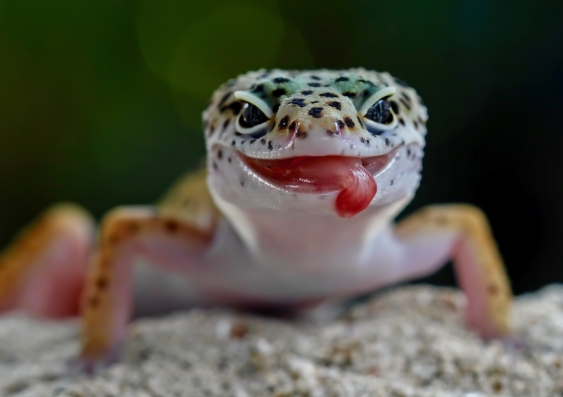 Climate change is making heatwaves worse. Many people have already noticed the difference – and so too have other animals.

Sadly, research by myself and colleagues has found young animals, in particular, are struggling to keep up with rising temperatures, likely making them more vulnerable to climate change than adults of their species.

The study focused on “ectotherms”, or cold-blooded animals, which comprise more than 99% of animals on Earth. They include fish, reptiles, amphibians and insects. The body temperature of these animals reflects outside temperatures – so they can get dangerously hot during heat waves.

In a warming world, a species’ ability to adapt or acclimatise to temperatures is crucial. Our study found that young ectotherms, in particular, can struggle to handle more heat as their habitat warms up. That may have dramatic consequences for biodiversity as climate change worsens.

Our findings are yet more evidence of the need to urgently reduce greenhouse gas emissions to prevent catastrophic global heating. Humans must also provide and retain cool spaces to help animals navigate a warmer future.

A species’ ability to adapt or acclimatise to higher temperatures is crucial. Shutterstock

Tolerating heat in a changing climate

However, there’s only so much heat these animals can tolerate. Heat tolerance is defined as the maximum body temperature ectotherms can handle before they lose functions such as the ability to walk or swim. During heat waves, their body temperature gets so high they can die.

Species, including ectotherms, can adapt to challenges in their environment over time by evolving across generations. But the rate at which global temperatures are rising means in many cases, this adaptation is not happening fast enough. That’s why we need to understand how animals acclimatise to rising temperatures within a single lifetime.

Unfortunately, some young animals have little to no ability to move and seek cooler temperatures. For example, baby lizards inside eggs cannot move elsewhere. And owing to their small size, juvenile ectotherms cannot move great distances.

This suggests young animals may be particularly vulnerable during intense heat waves. But we know very little about how young animals acclimatise to high temperatures. Our research sought to find out more.

Our study drew on 60 years of research into 138 ectotherm species from around the world.

The physiology of heat acclimatisation in animals is very complex and poorly understood. It appears linked to a number of factors such as metabolic activity and proteins produced by cells in response to stress.

Heat tolerance can vary within a species. It can depend on what temperatures an animal has experienced during its lifetime and, as such, the extent to which it has acclimatised. But surprisingly, our research found past exposure to high temperatures does not necessarily help a young animal withstand future high temperatures.

Those patterns can persist through adulthood. For example, adult male mosquito fish from eggs incubated to 32℃ were less tolerant to heat than adult males that experienced 26℃ during incubation.

These results show embryos are especially vulnerable to extreme heat. Instead of getting better at handling heat, warmer eggs tend to produce juveniles and adults less capable of withstanding a warmer future.

Overall, our findings suggest young cold-blooded animals are already struggling to cope with rising temperatures – and conditions during early life can have lifelong consequences.

To date, most studies on the impacts of climate change have focused on adults. Our research suggests animals may be harmed by heatwaves long before they reach adulthood – perhaps even before they’re born.

Alarmingly, this means we may have underestimated the damage climate change will cause to biodiversity.

But we can also act to protect species at a finer scale – by conserving habitats that allow animals to find shade and shelter during heatwaves. Such habitats include trees, shrubs, burrows, ponds, caves, logs and rocks. These places must be created, restored and preserved to help animals prosper in a warming world.