A unique social experiment bridges the gap between older and younger Australians. 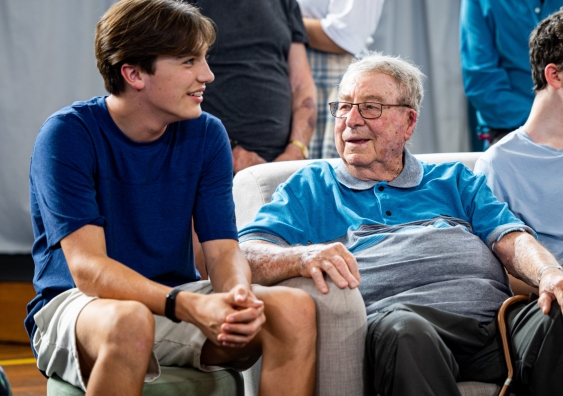 Loneliness and isolation pose significant health risks, with older people and teenagers particularly at risk. One third of older people living at home identify as lonely, but teenagers are also at risk of social isolation.

Teenagers, who can often be perceived as just being ‘moody’, represent over a quarter of our population, but are arguably our most undervalued generation. Older people are also often overlooked in our society. They tend to adopt separate, parallel lives, with most of us unaware of their concerns, challenges, hopes and joys.

Now these two groups are in the spotlight for an intergenerational experiment in ABC TV’s ‘Old People’s Home for Teenagers’. The series involves health experts including Dr Stephanie Ward, who is a dementia researcher at UNSW’s Centre for Healthy Brain Ageing (CHeBA) and geriatrician at Prince of Wales Hospital. 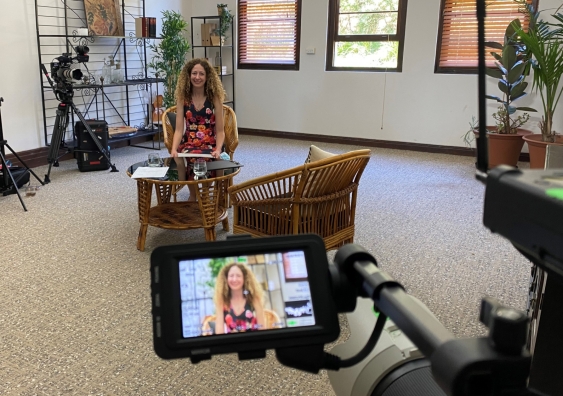 What is the goal of ‘Old People’s Home for Teenagers’? To understand how relationships between older people and teenagers can improve their mental and physical health. Can the power of an intergenerational program transform the lives of these two overlooked groups in society?

Healing the loneliness of older adults

One of the main themes of this season is the loneliness that older people experience, and how this can be addressed through intergenerational contact.

“When you transition from working to not working, from being the caregiver to being the care recipient, have your social circle change, have your family move away… We see isolation and loneliness become big issues,” Dr Ward said.

Isolation and loneliness in the elderly are difficult for doctors and other healthcare professionals to address. That’s where intergenerational contact comes in.

Dr Ward, who first became involved in intergenerational experiments through the ABC TV show, was surprised at the strength of the findings. Genuine friendships formed between the participants, with Cecilia, 74, saying of the teenagers, “I feel like they’re my grandchildren”. 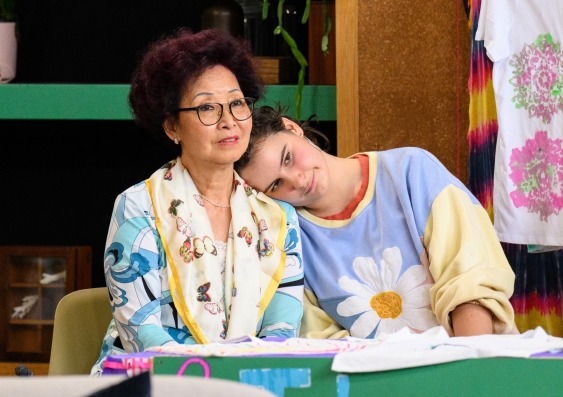 At the beginning of the experiment, initial testing showed that many of the older adults screened positive for depression and scored high for loneliness. The intergenerational contact led to decreases in both depression and loneliness for the older participants.

“It was a journey for me and for the other experts on the show… For some of the participants, it was transformational. You just saw people light up and become joyous,” Dr Ward said. “But what was interesting is that those happy faces turned into measurable changes in health metrics.”

The older adults showed substantial improvement in physical fitness, including grip strength, balance and walking speed. They also reported an increased quality of life, with many participants saying they were more active and had a sense of purpose.

One caveat is that the experiment shown in ‘Old People’s Home for Teenagers’ was short-term and intensive, involving many hours of contact for several weeks. It will be important to understand the effects of intergenerational contact in longer, less intensive programs in a ‘real-world setting’.

Another study, which was inspired by ‘Old People’s Home for 4 year olds’, is being led by Associate Professor Ruth Peters from UNSW. The trial will run over four years and bring together older adults and preschoolers to understand how intergenerational contact can reduce frailty.

“This speaks to what the show is all about,” said Dr Ward, who is also involved in this study. “It’s about inspiring other people as well, to take this [concept] and run with it.”

The five-part TV series can be streamed on iView now: https://iview.abc.net.au/show/old-people-s-home-for-teenagers