New knowledge about amphibian and reptile viruses will help us act faster to conserve threatened species. 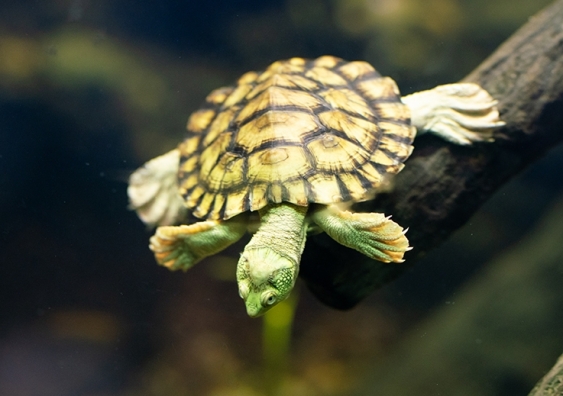 A study of viruses that affect amphibians and reptiles has closed the gap on the knowledge of viruses affecting animals which until now has largely focused on humans and other mammals.

“We looked through more than 200 RNA datasets from amphibians and reptiles for evidence of new viruses that could lead to disease. We found 26 new viruses from a range of different families and now have a better understanding of what viruses can infect these animals.” 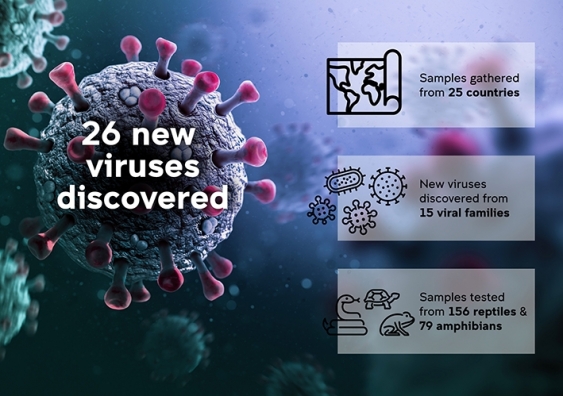 There are millions of undiscovered viruses globally

“Based on this discovery, the Papillomaviridae family was split into Firstpapillomavirinae – everything discovered so far – and the Secondpapillomavirinae, which contains this unusual fish virus,” Ms Harding says.

“Since then, fragments of other Secondpapillomavirinae viruses have been discovered, with our lab finding one in the cane toad (Rhinella marina) and now also in another toad in this current study.

“This Secondpapillomavirinae group probably infects a huge range of animals, but we have only discovered the first few so far. It is likely that this new group contains hundreds of undiscovered viruses, so we’ve paved the way to find more by identifying these very new members and understanding their role in animal disease.”

The study also revealed viruses affecting herptiles – the collective term for amphibians and reptiles – tend to be much simpler than those that evolved to affect warm-blooded animals like birds and mammals.

Read more: Ancient marsupial 'junk DNA' might be useful after all, scientists say

“These observations help us understand the long-term evolution of viruses from primordial creatures through to mammals and birds. We can begin to tell the full story of virus evolution,” says Ms Harding.

Research group leader Professor Peter White says: “If you think about viruses starting in relatively simple vertebrates like fish, evolving through amphibians, reptiles, mammals and then on to humans, it's important that we understand that journey and how the viruses changed and adapted with their hosts. Looking at viruses in mammals is like looking at a Boeing 747 and trying to understand what the Wright brothers’ plane looked like.

The knowledge gained from the study has the potential to help humans manage viral outbreaks that threaten wildlife. Ms Harding says when there’s a viral outbreak in wildlife, there are a few common viruses that are suspected, but if none of those are positively identified, it can have devastating consequences. A recent example was the virus that decimated over 90 per cent of the adult population of  Bellinger River turtles in northern New South Wales.

“The Bellinger River turtle almost went extinct in 2015 due to an unknown virus that was later identified as a nidovirus, however it took more than three years to come to this conclusion – far too late to help the turtles,” Ms Harding says.

“Studies like this expand our knowledge of viral families and let us piece together the viral genomes. Once we have the genomes, we can design diagnostic techniques to detect them in any animal. By beginning to uncover the viral ‘dark matter’ we improve our capabilities for future outbreak diagnoses and ultimately outbreak outcomes.”

Ms Harding says she and her colleagues are hoping to continue to uncover new viruses in Australian and global wildlife, with the aim of generating a database of viruses that can be used during viral outbreaks to rapidly identify the cause.

“Once we know the common structures and patterns that we see in viruses, we can begin to train machine learning algorithms to rapidly identify, understand and predict new viruses.”