How signing a waiver in human rights cases favours the powerful

In cases where human rights are abused through the economic activity of a large corporation, signing a waiver of one’s rights in exchange for compensation is often grossly inadequate. 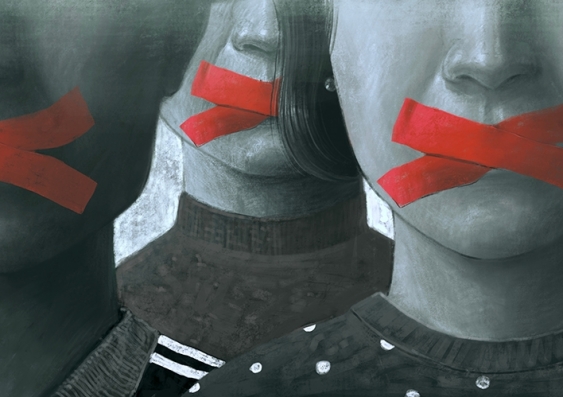 One of the main advantages of signing a waiver is the finality that it brings to what could potentially be protracted legal proceedings.

On one side, you have a powerful individual or corporation who seeks to limit financial and reputational damages. On the other, you have an aggrieved individual or group of people who get speedy compensation while avoiding the stress and emotional turmoil of months, if not years, of litigation.

Signing a waiver puts a full stop to any further legal battles and sometimes may involve a non-disclosure requirement on the part of the compensated. It may not be pretty, but it allows everyone to move forward, with each side getting something out of the dispute resolution.

But according to Justin Jos Poonjatt, a PhD candidate with UNSW Law & Justice, in cases where human rights have been abused in developing countries, signing a waiver agreement is often grossly inadequate in delivering justice to aggrieved parties.

In an article published recently in the Journal of Human Rights, Mr Poonjatt uses a case study of the Porgera gold mine in Enga Provice, Papua New Guinea,  where security personnel employed by Canadian mining giant, Barrick Gold, were accused of sexually assaulting several indigenous women in the early 2000s.

Barrick Gold offered the women compensation in 2012 that also included the singing of a waiver.

“Most of the women accepted the amounts – which were very low, from about US$3000 to $5000 – but only later did they realise they can’t go to court or do anything else about it in the future,” Mr Poonjatt says.

“There is a quite stark inequality of bargaining power between the corporations and vulnerable victims. And when that kind of inequality exists, signing of these waivers is problematic.”

Mr Poonjatt says waivers have their place in modern legal systems, but in developing countries where access to legal and financial resources is so lopsided, when individuals whose human rights have been violated take on an international mining behemoth, it’s akin to “making a deal while a gun is held to your head”.

“In most legal frameworks, we have laws protecting against economic duress to coerce the victims, and if the victim has adequate access to legal resources, can walk away from such a deal,” he says.

“But when traditional forms of indigenous livelihood and sustenance come up against modern explorations of corporate activity, there isn’t that alternative to simply walk away.”

Read more: Widespread use of non-disclosure agreements in Australia is 'protecting serial predators'

The lack of transparency – due to the confidential nature of the settlement – is also problematic, because it favours the powerful corporation who is able to quickly settle a case while not having to accept any accountability for breaches of human rights. Once settled, the corporation can get back to business as usual, while the outcome and the nature of the human rights abuses can remain hidden from the outside world.

“The waivers that I reviewed were only made public because of the efforts by NGOs working on the ground,” Mr Poonjatt says.

What needs to happen, he says, is a mix of the local government providing victims with sufficient legal aid, corporations acknowledging existing structural inequalities in settlement processes and greater collaboration among wider civil society stakeholders to raise awareness on such matters.

“We need to build a collaborative network of like-minded people who acknowledge there is inequality in the first place and that there is a possibility to level it, to a certain extent.”

“There are talks at the UN’s Human Rights Council as we speak about a binding treaty that would hold corporations accountable for human rights breaches. But there is still a lot to be chartered in collaboration with those who have suffered in these breaches.

“One of my suggestions in the meantime is that corporations should put these communities at the centre of the mediating process and provide remedies that the community wants, instead of the corporations saying, ‘You get $5000, sign this and you’re off’.”

So, is the Porgera mine case part of a larger trend towards human rights abuses being covered up by international corporations conducting businesses in developing countries?

Mr Poonjatt says that is a difficult question to answer, mainly because of the secrecy that signing a waiver entails.

“We just haven’t had enough enquiry into this field about how these legal processes happen. There’s very little that’s actually known about these abuses. So I think now is a good time to shine a light on these processes and private settlements.”