What happens to the economy if you can't pay your home loan?

Australia is seeing mortgage stress and other cost-of-living pressures rise, but we can avoid the financial impact being felt in the UK and US, says a UNSW Business School real estate expert. 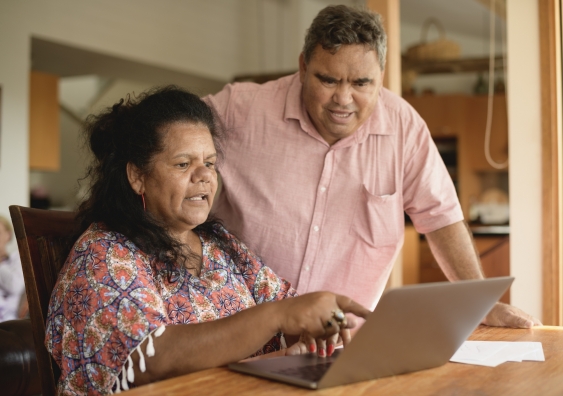 For economists – and indeed, anyone else with an interest on how much they spend at the supermarket – cost-of-living and housing prices have been hot topics in 2022. The Reserve Bank of Australia (RBA) has been trying to combat rising inflation with interest rate raises (read how that works here).

The latest rise was announced by the RBA last week on November 1, with the official cash rate rising to 2.85 per cent.

This process has contributed to a fall in house prices in some areas, as well as fears from mortgage holders that they won't be able to make payments on the now larger amounts.

“Australians have been fortunate to see sustained house price growth for a while now,” says economist and expert in real estate markets, Dr Kristle Romero Cortés Associate Professor in the School of Banking & Finance, UNSW Business School. “But they need to know, house prices can come down too.”

But while data from the Domain Group (shares of which are majority owned by Nine Media) might have recently shown the sharpest quarterly decline in house prices since 1994 across the country’s biggest capital cities, Dr Romero Cortés isn’t unduly concerned about house price falls.

“Commentary on the housing market is quite sensationalised in the media.”

But when it comes to not being able to pay the mortgage, and the impact higher loan repayments might have on the economy? That’s a bit more complicated to predict.

Read more: How likely is a US recession? About 75 per cent

Why Australia may not follow other countries into financial disaster

Australians only have to look over to the United Kingdom to feel nervous when witnessing the impact of high inflation and interest rates on the economy and the day-to-day lives of financial situation of its citizens.

Like Australia, the UK’s central bank (the Bank of England) has introduced a series of interest rate hikes that have had a limited effect. Unlike Australia, the UK economy is still reeling from Brexit, plus a post-pandemic recovery, high inflation and energy costs, and levels of wage stagnation that have seen various sections of the working population strike.

The country has also just experienced the effects of a disastrous set of economic policies and extensive tax cuts for the wealthy implemented by Liz Truss as prime minister, which would have put money into in an already inflated economy (where the idea is to usually ‘cool’ things by encouraging people not to spend).

This spooked the financial markets to such a degree that investors quickly sold off British assets, including government bonds. The value of the pound plunged, forced the Bank of England to take an unprecedented step and pledge 65 billion pounds worth of bonds to stop pension funds from failing and stabilise the market … and caused Liz Truss to resign after just 44 days. 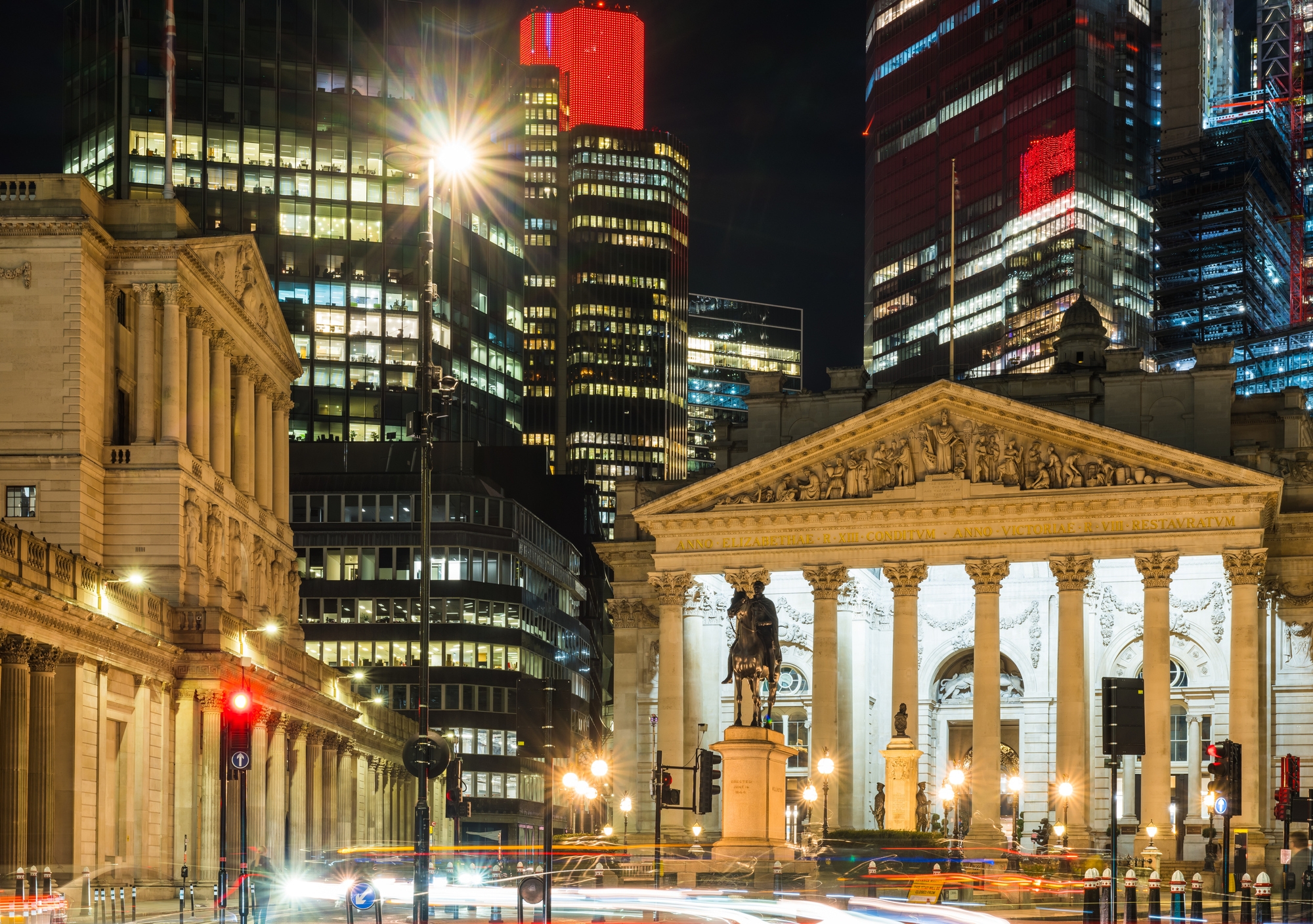 Chaos on the financial markets has led to a greater threat of recession in the UK. Does this foreshadow issues for Australia’s own economy and housing market? Photo: Getty

For the average Briton, this situation has led to a greater threat of recession: something which could lead to loss of jobs, higher unemployment, higher inequality, wage growth that is too low to match price increases, and issues meeting costs, such as regular mortgage payments that have already risen because of interest rate hikes.

But does the UK situation foreshadow D-R-A-M-A for the Australia’s own economy and housing market? Dr Romero Cortés says no – for several reasons.

Read more: Stock market: Should I buy stocks now - or hold off?

Australians are fans of variable rate loans - unlike in the UK

In the UK, 74 per cent of homeowners have a fixed rate mortgage for their home loans, and 96 per cent have chosen this option since 2019, according to data from UK-based trade association, UK Finance. AMP Capital data shows that Australia has a higher share of mortgage holders with variable rate mortgages. Just 10-15 per cent picked fixed rates before 2020 (although this rose to 40 per cent in 2020-2021).

“What we see in the US or Europe is not necessarily what we will see here,”  Dr Romero Cortés says. “The US Federal Reserve (Fed) or the Bank of England are also effectively trying to slow down the economy, but when they raise their rates, they can't reach a large portion of homeowners that have a 30-year fixed rate mortgage.

“The Fed and the Bank of England can raise cash rates all they want  – they are not reaching these homeowners.

“In Australia, our increases from the RBA pass through the banks almost instantaneously to the consumers,” she explains. “There is a slight delay because banks want to give borrowers as much time as possible to budget in an increase, but that rate does flow through almost automatically in a way that's much faster here than you'll see in countries like the US and UK.”

This means, faster possible cooling impacts on the economy with the RBA puts interest rate hikes in place.

Another big factor is that the big four Australian banks are highly capitalised.

“They are flush with cash,” explains Dr Romero Cortés. “I study the financial network in Australia, and it is very sound. We won’t see the kind of crisis that we saw in the US in 2008, where the banks were holding assets that they didn't understand the underlying worth of.”

Read more: Why are insurance costs going up right now?

What does that mean for mortgage stress and the Australian economy?

Dr Romero Cortés say that while lifting of interest rates might mean Australia will see mortgage stress rise faster than in other places, it is this situation that helps the RBA prevent the economy from “running red hot” and collapsing in on itself.

“Like any central bank, the RBA wants to ensure price stability, and they will do whatever it takes to prevent us from losing this. They don’t want consumables like bread and eggs to suddenly be seven times as much the next day. If that happens people will revolt, effectively.

“We're nowhere near there. But that's why we don't want to get anywhere near there. So, the RBA stay very much on top of this, and their role is to keep this issue as front and centre of the Australian public for as long as they need, so they are more cautious with their spending over a longer period of time.”

It’s in this way that the RBA plays a psychological stabilising role, not just a financial one. 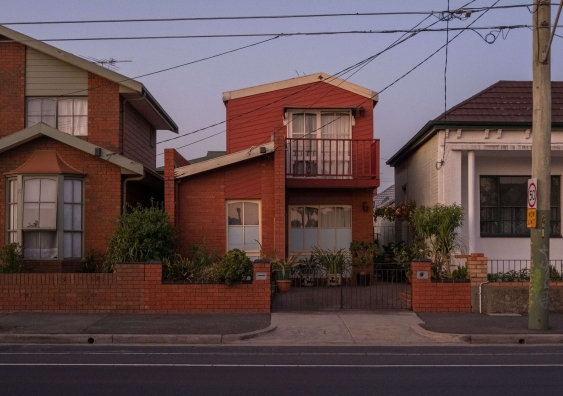 How much financial stress can Australian homeowners undergo? Photo: Unsplash

“You know, ‘Okay, the RBA is on this: so, I don't need to freak out’,” says Dr Romero Cortés. “Because if you as a member of the financial public start freaking out, you’re more likely to make poor financial decisions which have more of a domino effect on the wider economy.”

Having said that, there is a limit to how much financial stress homeowners can undergo.

"There could be a point where homeowners and others can't withstand the raising of monthly repayments any longer,” she says. “This is not yet the case.

“Long term, you would expect some sort of horizon where things settle around 4 or 5 per cent cash rate. Australia is highly leveraged (meaning it has an on average high level of debt to equity), so more than that would be difficult to sustain.”

Read more: Is a side hustle actually worth it?

At the end of the day, lenders don’t want homeowners to default on loans or to proceed with a repossession. It’s costly, in time, effort and capital for them, says Dr Romero Cortés. They would much rather work with the borrower before they get to that point of extreme financial difficulties.

“A homeowner in financial stress would contact your bank, who would require some documentation of financial hardship, and then would work with you either in a payment plan or deferral plan, refinancing or making interest-only payments.”

Remember: you're not getting out of it. You still pay it, the interest is still accruing, and it could lengthen the loan term. All this means that borrowers are going to consume less in other places, and therefore is supposed to lead to a ‘cooling’ of the economy.

Read more: Up and up: What does an interest rate rise mean for Australia?

What happens if cost of living doesn’t come down?

But if living here gets too hard and expensive with inflation or higher mortgage repayments, you could see Australia reputation as ‘a good place to live’ take a hit, pushing down the number of people who want to live here, and putting further pressure on an already tight labour market, says Dr Romero Cortés.

For example, a portion of all the Australians with overseas heritage might decide Australia is too hard and expensive to live in and move to their other country of citizenship. That’s when it might start to get uncomfortable.

"Australia has an economy that's built up by people wanting to come to Australia, and we’re constantly growing in that fashion,” explains Dr Romero Cortés. “There's demand for housing, education, and we currently have people willing to come here.

“So, the government can say whatever they want about the RBA [and their decision to raise rates] so they will get voted in again. But the RBA doesn’t have a choice: one family defaulting on their mortgage, compared to everyone not being able to afford bread, is what they are envisioning.”

Does all this mean house prices will come down more?

Higher mortgage repayments could pressure homeowners to accept lower sale prices than they might have expected from their property, investment or otherwise; nudging down overall prices on the property market over a period of time, as well as the occasional ‘fire sale’.

“Are you going to see a massive crash of house prices where you see a Bondi four-bedder going for $500,000? No.

“But we could see a small depression in prices where 5 to 10 per cent of the price is cut. Even if you cut off 10 per cent from a $2 million home, that's $200,000 less. This means unless they have to, sellers are not going to want to sell.”

All this means it is true you're going see some very high mortgage payments and additional cost of living pressures as homeowners prioritise their mortgage repayments, Dr Romero Cortés points out.

“It’s also true that politicians (who are complaining about the RBA’s approach) may be among those who own a lot of investment properties themselves.”

Dr Kristle Romero Cortés is an Associate Professor in the School of Banking & Finance in the Business School at UNSW Sydney, an expert in real estate economics and formerly worked at the Federal Reserve Bank of Cleveland.

She is available to comment on mortgage stress, house prices and interest rate rises, and can be reached via c.donaldson@unsw.edu.au.