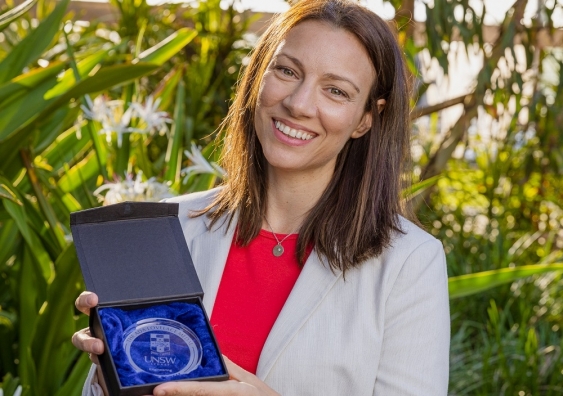 Janet Salem, co-founder of climatetech startup FootprintLab, says she is keen to change the way people perceive engineers after being awarded the 2022 UNSW Women in Engineering Ada Lovelace Medal for Outstanding Engineer.

Her prize was one of a number presented at the recent UNSW Women in Engineering Awards ceremony that are designed to recognise the amazing achievement of women engineers who are already inspiring, mentoring and proving to be role models for the next generation.

The Ada Lovelace medal was created by UNSW Engineering in 2016 and is named for Augusta Ada Byron, later Countess Ada Lovelace, an English mathematician who is widely regarded to be the first computer programmer for her work on Charles Babbage’s revolutionary mechanical general-purpose computer, the Analytical Engine.

Salem, who completed a Bachelor of Environmental Engineering and a Masters of Engineering Science at UNSW, is an expert in sustainable consumption and production.

“Winning this award is a very proud moment,” Salem said. “I was surprised. I am an engineer, but I have always worked in non-traditional engineering fields, so it is good to see that UNSW is looking at how engineering can be applied in different ways.

“I’ve always seen it as a science of solutions – that kind of training can be applied in many jobs that don’t require a hard hat.”

She has spent 17 years working in circular economy and sustainable lifestyles at the United Nations, strengthening the science-policy interface, providing technical assistance to governments, advocating for sustainability in the private sector, and expanding the technology and innovation portfolio of the UN. Part of that involved supporting startups that offer sustainable solutions, and advocating for the integration of sustainability information into financial transactions.

This led to her starting a PhD and founding FootprintLab which integrates sustainability data into FinTech and banking transactions.

“When you work in climate action long enough, you see that the problem is not a lack of technology solutions, it’s that the solutions are not connected to consumption or production decisions,” she said.

“If every transaction could also include a carbon footprint, that could help steer people towards low carbon options, and incentivise companies to put their best foot forward. Considering the urgency of climate change, it’s hard to believe this information isn’t more widely available.

“It's very strange to think of myself as a role model with this medal, I rather see it as an encouragement to the engineering community to engage in entrepreneurship and climate solutions. Even if that means leaving a successful career to do so. It’s been great to see how many engineers are behind innovative climate tech start ups I come across, so I am in good company.”

Salem said there have been positive improvements with individuals and businesses considering sustainability, even though there is still plenty that can be done.

“I do give credit to our education system. I speak to children now who tell me they are learning about the circular economy, and the dangers of fast fashion and issues around plastics – and that’s all great,” she said.

“There are also kids that have grown up like that and reached a skilled or influential role in their professions and are looking at how they can use what they know to contribute to sustainability.

“It’s important for people to understand you don't need to be an environmental engineer to help solve these problems. All types of engineers can contribute to developing climate change solutions.”

Dr Baveja, currently Associate Director Policy at Medical Technology of Australia, graduated with a Bachelor of Engineering (Electrical) and Master of Biomedical Engineering before completing her PhD, all at UNSW.

She has specialised in bringing new medical devices into Australia to improve national health outcomes and forged a stellar career demonstrating leadership in the medtech regulation field.

“I am honoured, humbled and thrilled to receive this award. Never in my wildest dreams did I think I would receive such an honour,” Dr Baveja said.

“I have been really lucky that from a young age I was told I could do whatever I wanted. My parents said that as long as I worked hard there was no limit to what I could achieve.

“At university I had a very strong female mentor who not only supported me, but also truly believed in me. But when I started work I have to admit it was a little intimidating. Engineering was a very male-orientated workplace I am inherently neither loud nor assertive.

“So it took me some time to realise I didn't need to be the loudest voice in the room to share an idea or influence others. 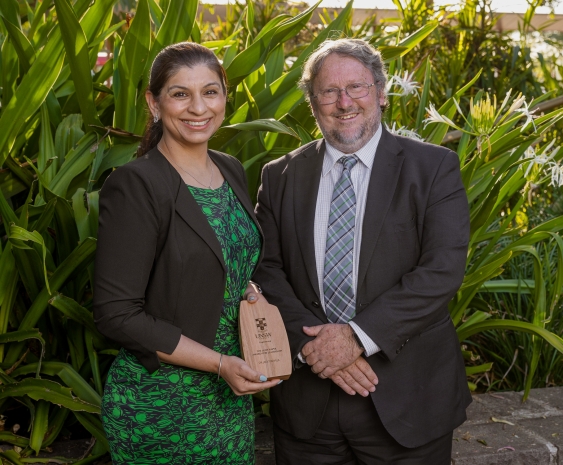 “The words of Jacinda Ardern when she said, ‘I refuse to believe you cannot be both compassionate and strong’, really resonate with me and that is what I try to instil into my team and especially the young women I work with.

“But I do understand there is still work to be done - only about 12 to 13 per cent of engineers working in Australia are women. The numbers are even less when we look at leadership positions.

“So more women need to be attracted to STEM in general, but especially in my area of MedTech and the digital health space. These areas present an exciting opportunity for women without the paradigms of the traditionally more male-dominated engineering fields.

“I would like to be a role model to not only my daughter but other women who aspire to be in leadership positions in the future.”

She is an industry-leading technology educator who researches, develops, and facilitates courses in coding, technology, and future skills. 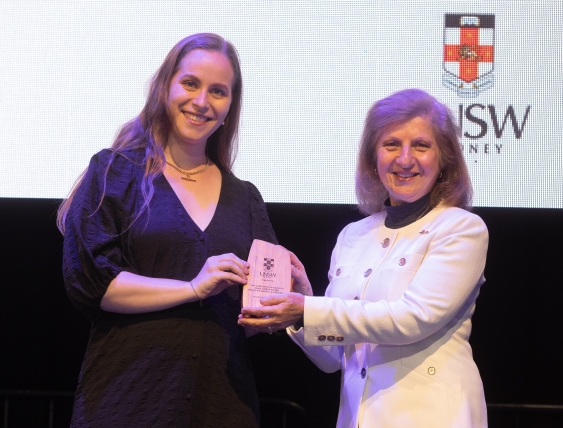 “I studied Computer Science degree at UNSW, but back then I didn't really think I would work in education,” she said.

“But it was at UNSW that I first learnt about teaching and education through being an academic tutor which was a very fulfilling experience for me.

“When I started to work full-time I continued to teach technology and that ultimately led to my career pivot into EdTech. So thank you very much for recognising my work and the early part of my career.”

The awards are part of an ongoing concerted effort by UNSW’s Faculty of Engineering, by far the nation’s largest, to attract more women to the profession.

Professor Stephen Foster, Dean of UNSW Engineering, said: “It is fabulous to see so many inspiring women engineers winning these awards.”