9 in 10 landlord tax returns are wrong. Does this make landlords champion tax dodgers?

Australian landlords pay $1 billion less tax per year than the Tax Office believes they should, with almost all of the ‘errors’ in their favour. 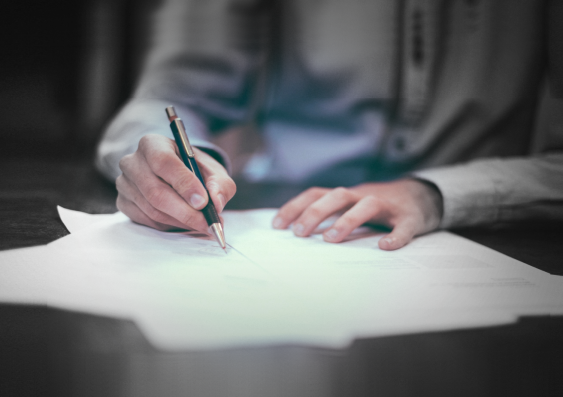 Australia’s “tax gap” – the gap between what is collected and what would be collected if the law was applied properly – amounts to $33 billion per year according to Tax Office calculations, which is 7% of what should be collected.

Much of it – $12 billion – is due to incorrect filings by small businesses. But one component, worth $1 billion, relates to residential rental property owners.

This gap is the gap between what is collected and what should be collected from residential rental property owners. Often they are mums and dads who rent out their second or subsequent properties as landlords.

He described this as “startling”.

Separate data from the Tax Office random enquiry program suggest few of these adjustments are in the taxpayers’ favour.

There are reasons to believe it has been this way for years. Certainly, the Tax Office has targeted rental property owners for audits for many years.

What it has found is either entrenched sloppiness or noncompliance, which would be better described in many circumstances as tax cheating or tax evasion.

The behaviour has included:

Some of this behaviour got so bad that in 2017 and 2019 the Coalition government effectively “threw its hands in the air” and outlawed entire deductions for certain types of expenses as if to say, “enough is enough”.

The new Section 26-31 of the Income Tax Assessment Act denies deductions for travel to and from a rental property, even if it’s to inspect the property or arrange a repair.

Under the old rule, apportionment was required to determine the correct amount to deduct where travel had two purposes, such as taking a holiday and inspecting the property.

Rather than persisting with the old rule, the government outlawed such deductions altogether, referring to “widespread abuse” and excessive claims.

The new Section 40-27 denies depreciation deductions to owners who use second-hand assets in their rental properties.

This can happen when owners move assets such as stoves or dishwashers or air conditioners from their own homes to rental properties or buy rental properties with second-hand assets in them and claim well in excess of their actual value, sometimes repeatedly as properties are passed from owner to owner.

Read more: Testamentary trusts are one of the last truly outrageous means of avoiding tax

Again, rather than clarify the formula, the government outlawed all such claims against rental income for future second-hand assets. Instead, it dealt with them by adjustments to the capital gains tax payable when the property was sold.

Again it referred to “significant abuse” and said the change would improve the integrity of the tax system.

The new Section 26-102 denies (usually interest) deductions associated with holding vacant land or land on which construction is planned until the dwelling is completed and fit and available for rent.

Before this section, the law generally did allow these deductions provided there was a real commitment to constructing the dwelling and renting it out within a “reasonable” time frame. Some taxpayers were claiming deductions when renting the property out was a distant dream.

Legislation denying deductions is not unusual, but I cannot recall any other instances of deductions being outlawed solely on the basis that the taxpayers involved were not complying with the law.

Taking away deductions for legitimate income-producing expenses from an entire group because of the non-compliance of a segment of that group is rare. But when a substantial proportion of the group refuses to comply, then there is a case for doing it, even though it is unfair to the small proportion that is complying.

A whole lot of major compliance problems remain, including:

Although more reform might be necessary in this sector, a lot of the responsibility for fixing the mess falls on the Tax Office. Arguably, it has not been ineffective in policing landlord claims for a long time and it has had data on this sector going back to 1985 to work with.

It would probably help to make the tax treatment of rental property ownership less generous. The interaction of negative gearing and the capital gains tax discount may attract landlords who want to minimise tax.

Regardless of the recent deduction denials, this sector needs much more effective enforcement of the rules that exist. This may mean heavier penalties for those who deliberately and repeatedly cheat or fail to meet their obligations; this includes landlords and their tax agents.

And education would help as well. Some small portion of the nine in 10 landlords who fail to prepare proper returns (often advised by tax agents) might not mean to. For these, we could achieve a lot by making it clearer what the law requires them to do.