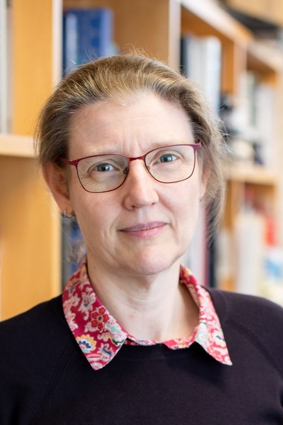 I am an applied mathematician.  I use dynamical systems analyses, stochastic modelling and queueing theory, amongst other techniques to answer questions arising from fields other than mathematics.  My research is in mathematical modelling, particularly in biomedicine and biology. The investigations in which I am currently involved range from understanding the dynamics of fundamental protein-protein interactions, cellular processes, the geometrical morphological features of microfossils, to the interactions in systems at larger scales involving human subjects. Projects include the modelling of

To use mathematics to go where other disciplines cannot go alone. To develop novel and quantitative insight into interesting biological problems.

Interdisciplinary research flourishes with the interaction of different discipline experts.  Some of the projects and the collaborators with whom I'm involved are outlined below.

The mathematics of stochastic transport and signalling in cells

There are opportunities for students and researchers to be involved in an ARC-funded Discovery Project titled "The mathematics of stochastic transport and signalling in cells". The aim of the project is to develop new stochastic mathematical models of the dynamics of protein transport and cell signalling.  This work is in collaboration with Maria Vlasiou and Marko Boon of the Technical University of Eindhoven, The Netherlands, and links with the experimental research on insulin signalling and glucose transport, below.

The mathematics will link macro scale biological observations to micro scale molecular movements to characterise the relative role that different components and processes play. Expected outcomes are robust mathematical analyses of the transient dynamics of closed, finite capacity queueing networks and biological insight into the major control mechanisms in cellular insulin signalling. A major objective is the development of methods to quantitatively compare the time courses of stochastic measurements with the outputs of stochastic mathematical models, with a view to driving parameter inference and model selection in these systems.

My research in this area is in collaboration with experimentalists such as Cynthia Mastick of the University of Nevada, Reno, USA, David James at the University of Sydney and Dorit Samocha-Bonet at the Garvan Institute for Medical Research, Sydney. The work focuses on creation of mathematical models that robustly and quantitatively describe the movement of glucose transporters within cells, and how this is regulated and controlled by the insulin signalling network. The quantitative understanding of this dynamic system under normal conditions is essential to the future understanding of the mechanisms underlying insulin resistance and its subsequent progression to Type 2 diabetes. One of the key outcomes will be the ability to quantitatively analyse the impact of differentially regulating the activity of components of the insulin signalling network, and, in the future, be a step in the process of drug design.

An important aspect of this is the integration of the information from various sources including cellular assays, western blot and mass spectrometry techniques as well as single cell experiments using total internal reflection fluorescence (TIRF) microscopy. In order to understand complex images seen in the latter, mathematical models of vesicular events as seen by TIRF were derived as part of the development of automated image analysis and event detection software. This enables the processing of large amounts of biological information which would otherwise be untenable. It also means that the results gathered are robust.

At a higher level, I employ bioinformatic techniques to correlate and understand the large lipidomic and proteomic data sets gathered from studies into the insulin response in human plasma and muscle.

The ionic currents underlying the electrical behaviour of neurons and pacemaker cells in the heart may be described using coupled nonlinear differential equations. These have been derived in a number of different models from a wide range of electrophysiological data in the literature.

In the cardiac system the dynamics of both single cells and coupled networks of cells is being explored, and the robustness of the models to changes in parameters ascertained. Different models for the sinoatrial node cells are assessed both analytically and computationally, correlating the different responses with the ionic currents, with a view to further optimising the system.

Explorations are being made of mathematical models of the human motor axon that utilise coupled differential equations to describe the electrical activity within the nerve. These models are being used to interpret the measured responses to extended hyperpolarization and the contribution of different ion currents to the transmission of signals. The responses of sensory neurons to strong long-lasting hyperpolarization are being assessed and contrasted with motor neurons. Extensions to the models are being made to incorporate additional inhomogeneities within the neuron structure. This project is in collaboration with James Howells at the University of Sydney.

Protein-protein interactions: Modelling the interplay between tropomyosin and actin

A combination of, both continuous dynamical systems and discrete mathematical modelling and single molecule fluorescence microscopy is being used to probe the dynamic interactions of two proteins, actin and tropomyosin. With experimental partners including Till Böcking in the Faculty of Medicine the aim is to resolve how filaments of these proteins are assembled. This is important because these proteins form the cytoskeleton (the internal scaffolding) of cells. Understanding of their interactions can then be used in the future to understand how drugs can target specific components and functions of the cytoskeleton that are hijacked in cancer cells. This project focuses on the formulation of a quantitative dynamical description of the processes taking place, using experimental information to estimate meaningful and quantitative parameters to robustly test and adapt the models of the dynamical systems, enabling the differentiation between different hypotheses of mechanism and function in this interaction. Analysis of microscopy image sequences and deconstruction into a basis set for the laments are being used to estimate the rate constants of the processes. Computational work for image processing as well as analysis is being undertaken alongside dynamical systems modelling.

Identification and Classification of Starch Grains

Moving away from dynamical systems, another interesting problem that benefits from a mathematical approach arises in the identification of the food sources ground on ancient stone tools.  This involves the analysis of starch grains in the residue found on the tools.  I have developed mathematical methods and software based on Fourier decomposition and shape analysis to quantify the geometric morphometric features of the starch grains from microscopy images.  Machine learning algorithms are then developed to classify and characterise the grains, comparing the unknown archeological samples to that from reference material from plants in the region. This work is in collaboration with Judith Field of the School of Biology, Earth and Environmental Sciences.

I am currently involved in subjects such as