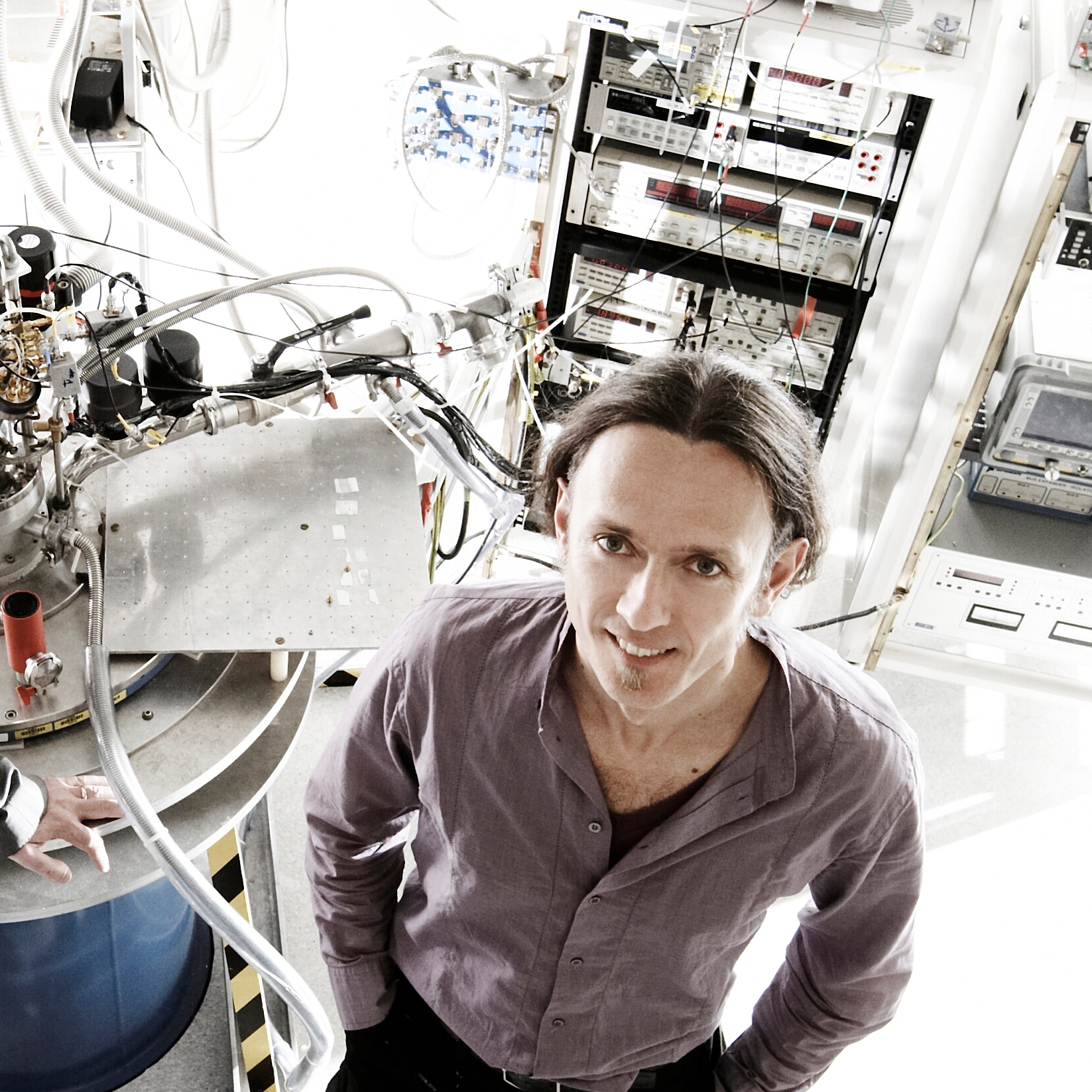 Andrea Morello is an electrical engineer and a quantum physicist. He is the Scientia Professor of Quantum Engineering at the School of Electrical Engineering and Telecommunications, and a Program Manager in the ARC Centre of Excellence for Quantum Computation and Communication Technology (CQC2T). His research is aimed at building a quantum computer based on single spins in silicon. In addition to the reasearch, Andrea is actively engaged in science outreach and education.

Andrea heads the Quantum Spin Control group at CQC2T. His research is at the forefront of quantum technologies, with the world-first demonstration of single-shot spin readout in silicon [A. Morello et al., Nature (2010)], and more recently the first spin quantum bits based on the electron [J. Pla et al., Nature (2012)] and the nucleus [J. Pla et al., Nature (2013)] of a single phosphorus atom in silicon. For these achievements, Andrea was awarded the 2011 Eureka Prize for Scientific Research, the 2013 Malcolm McIntosh Prize for Physical Scientist of the Year, the 2013 David Syme Research Prize, the 2014 NSW Science and Engineering Award, the inaugural 2017 R. Landauer & C.H. Bennett Award for Quantum Computing, and the 2017 Pollock Memorial Lectureship of the Royal Society of NSW.

Andrea and his team are now developing advanced techniques to observe and control the interaction between two qubits and develop a quantum logic gate, as well as the transport of quantum information across a silicon crystal. They have quickly gained international recognition for their research breakthroughs, and collaborate with world-leading groups at Oxford University, Aarhus University, Sandia National Laboratories, University of Wisconsin-Madison, Weizmann Institute of Science, and others. Recent breakthroughs include the establishment of the record quantum coherence time for solid-state qubits [J. Muhonen et al., Nature Nanotechnology (2014)], the demonstration of Bell's inequality violation in silicon [J. Dehollain et al., Nature Nanotechnology (2016)], and the world-first demonstration of coherent electrical control of a single nuclear spin [S. Asaad et al., Nature (2020)]

Beside the focused activity to develop the building blocks of a spin-based quantum computer, Andrea maintains a strong interest in studying the microscopic mechanisms which determine the coherence of spin systems. He has given important contributions to the decoherence problem in dipolarly-coupled spins, and is interested in using spin qubits to test models of decoherence and fundamental quantum-mechanical questions.

The Pollock Memorial Lectureship has been awarded about every four years since 1949 and is sponsored by the University of Sydney and the Royal Society of NSW. Past awardees include two Nobel laureates.

This award recognizes recent outstanding contributions in quantum information science, especially using quantum effects to perform computational and information-management tasks that would be impossible or infeasible by purely classical means.
"For remarkable achievements in the experimental development of spin qubits in silicon."

Awarded by the University of Melbourne’s Faculty of Science. It rewards the best original research work in Biology, Chemistry, Geology or Physics produced in Australia during the preceding two years.

The most prestigious prize for mid-career researchers in the physical sciences in Australia. “For intellectual leadership in developing the silicon components to make quantum computing possible”.

The Eureka prizes are among the most coveted science prizes in Australia. The prize for Scientific Research “is awarded to a researcher for outstanding curiosity-driven scientific research”. Specifically, we won the prize “for research in advancing the realisation of a Quantum Computer”.