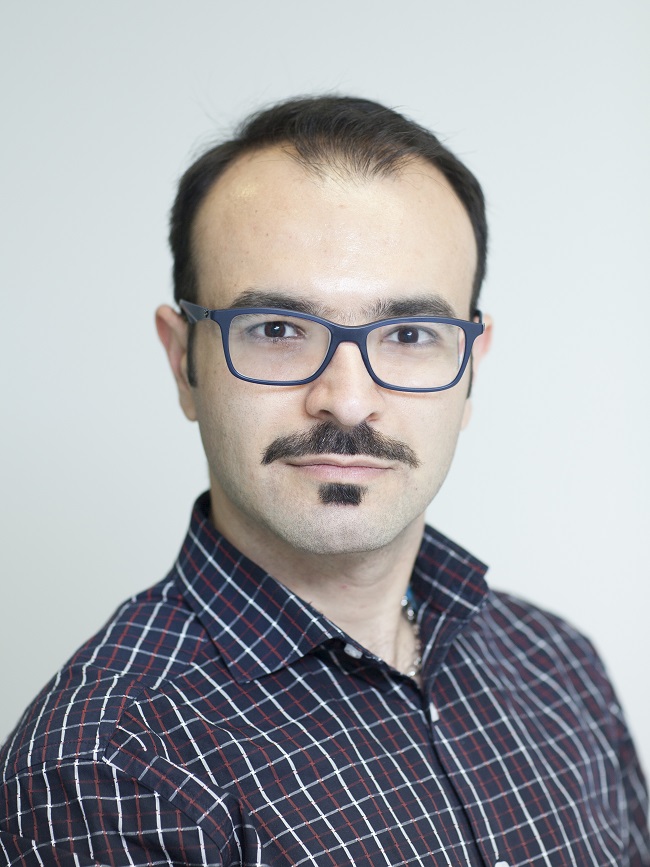 Arash also gained industry experience during his university studies. He worked as an intern in BASH Pty. Ltd. in his hometown for his internship program, where he designed and implemented a temperature control system to maintain the temperature of the porcelain furnace at a fixed level for 8 hours. Moreover, before commencing his PhD studies, He received professional training in SIEMENS A&D Training Center operated by TAVAN PARDAZ NIRO in Tehran, Iran, on Programmable Logic Controllers (PLCs, SIEMENS S7-300, S7-400) and Motor Drives (DRIVER LG IS5) as Control Engineer, which are industrial-grade controller and driver systems used in automation industry. Furthermore, before submitting his PhD thesis, he worked for Buildings Alive Pty. Ltd. in Sydney working as Systems and R&D Engineer. His task was to develop advanced methods for improving energy consumption in commercial and business office buildings by providing base-line prediction of the last day energy consumption and peak-demand energy prediction.

Arash has a deep passion for teaching and learning as he took on teacher assistance role (TA) in running tutorials for several undergraduate courses just after his first year of undergraduate studies. He has always enjoyed sharing his knowledge and skills with his students to teach them problem solving techniques and self-independent learning skills. While doing his Ph.D. studies at UNSW, he started working as casual academic where he was in charge of running tutorials and lab demonstration for several undergraduate subjects. His passion, dedication, and commitment in delivering high quality lab demonstrations and tutorials for his students earned him the first ever Best Lab Demonstrator Award in the School of Electrical Engineering and Telecommunications in 2014 at UNSW based on students’ satisfaction rate, and he was nominated for the same title again in the following year. Three years later after coordinating a first-year subject in Electrical Engineering with nearly 500 students, he was nominated by the students for the Best Lecturer Award in the Faculty of Engineering at UNSW in 2018.

Please check his official page at the School of Electrical Engineering and Telecommunications website for more details on his qualifications, awards, employment, and teaching histories.