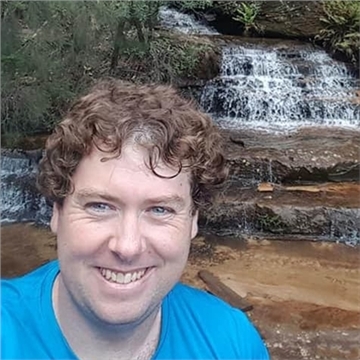 I am a Postdoctoral Fellow in the School of Chemistry, working with the Schmidt and Kable groups. I joined UNSW at the start of 2020, after spending 6 years at the ANU as both a Postdoc and PhD student in the Research School of Physics. My research involves studying radicals and ions in the gas phase, using laser spectroscopic techniques such as velocity map imaging (VMI) and resonantly enhanced multi-photon ionization (REMPI). These techniques provide a way to study reactive and transient radicals that are not accessible via standard methods, which play important roles in the atmosphere, in combustion, and in interstellar space.

My current research interests may be divided into two streams:

i) Astrochemistry - investigating the molecules that make up the interstellar medium, by performing high precision gas-phase laboratory studies that may be compared to astronomical observations.
ii) Negative ions - understanding the structure, reactivity, and photophysical properties of negative ions, with focuses on isomerisation reactions, and ions of atmospheric importance.