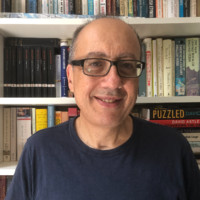 Dr Christopher Falzon is a Visiting Fellow in the School of Humanities and Languages. His primary research area is in twentieth-century French philosophy, in particular the work of Michel Foucault, and questions of power, ethics and dialogue. He also has research interests in the area of philosophy and film, the exploration of philosophical issues in and through film.