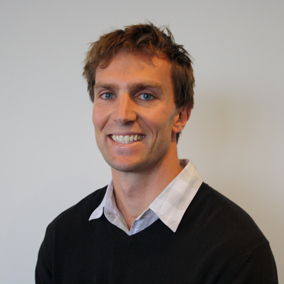 David uses his detailed knowledge of epidemiology, biostatistics, and health economics to analyse large trials and cohorts, and build quantitative models that address key infectious disease concerns. He is an internationally recognised expert in HIV research and collaborates with the World Health Organization, World Bank, US Centers for Disease Control and Prevention, and US National Institutes for Health. His work is cited in international guidelines on the use of antiretroviral therapy and has significantly enhanced the lives of people living with HIV. He serves on the board of the Australian Society for HIV, Viral Hepatitis and Sexual Health Medicine (ASHM) international committee and as an editorial board member for JAIDS and Health Policy and Planning - both leading journals for research in resource-limited areas. He also holds academic affiliations with the University of California San Francisco (USA) and Chulalongkorn University (Thailand).

David was an NHMRC Early Career Fellow from 2018 to early 2022. His work showed that expanded statin use among people living with HIV would be a cost-effective means of reducing the excess burden of cardiovascular disease among this population in high-income settings but not in resource-limited settings.

In 2016, David was CIA on a Gilead-funded project that calculated the incidence of hepatitis C in Australia and estimated the treatment coverage required to eliminate hepatitis C among people living with HIV.

Between 2013-17, David led concept development and analysis for the International Epidemiology Databases to Evaluate AIDS Asia-Pacific. He authored 16 reports, published 32 papers, was CIC on a US National Institutes of Health grant to evaluate hepatitis C treatment in people with HIV, and led World Health Organization collaborations to estimate the HIV population needing hepatitis treatment, identify the minimum level of detection for a hepatitis C test, and calculate rates of HIV suppression in Asia.

David is lead statistician/health economist for three ongoing studies: SKILLZ which is establishing whether a Grassroots Soccer program cost-effectively increases HIV testing rates in adolescent girls in Zambia, ProCCM which is determining whether proactive community health workers cost-effectively reduce under-5 mortality in Mali, and DOMINO which is evaluating the impacts of the COVID-19 pandemic on HIV and TB services in Indonesia.