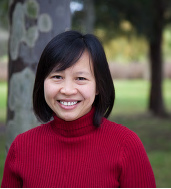 I am a Research Fellow in the Centre for Big Data Research in Health, Faculty of Medicine and Health, with undergraduate degree in medicine and postgraduate degrees in epidemiology and international public health. Recently I completed a graduate certificate in university learning and teaching at UNSW.

Over the last 12 years, I have extensively used complex and large-scale routine data collections for research, for example hospital admissions, perinatal and pregnancy, Medicare Benefits Schedules (MBS), Pharmaceutical Benefits Scheme (PBS), electronic medical records and registry data. Having expertise in the analysis of routine data and data linkage methods, I have been supervising higher research degree students and teaching in professional development and postgraduate courses in these areas.

Currently, I am involved in the development of the 'Join Us' register, the first Australian electronic research register for people aged 18 years or over who are interested in taking part in health research. The 'Join Us' register will be a national research resource to engage Australian adults in health and medical research in a timely manner. This initiative will transform engagement of many Australians in research and have positive impact on research productivity, efficiency and patient outcomes.

My research inspiration and motivation are to generate scientific evidence that will help guide clinical practice and inform health policy. I have contributed towards the mission of the Centre for Big Data Research in Health- "Maximise the productive  use of all possible sources of health big data in order to enhance the health and well-being of Australians and the global community".

My work on the use of medicines for smoking cessation and chronic conditions in pregnancy and safety of medicines on mothers and babies will inform clinical guidelines for smoking cessation pharmacotherapies in pregnant populations. Findings in systematic reviews on avoidable hospital readmission indicators were used by the Australian Commission for Safety and Quality in Health Care. The evaluation of patient compliance to telephone triage advice directly informed quality of care provided by Healthdirect Australia- a national not-for-profit organisation that provides virtual health services to Australians.

The Centre plays an important role in the national evaluation of the Health Care Homes program - a Federal primary care initiative to improve health and well-being of individuals with chronic health conditions. In this project, I lead the analyses of complex data sources such as electronic medical records, Medicare claims, hospital admissions, emergency department attendance, Health Care Homes enrolment and other sources. The 'Join Us' research participant register that I am a co-investigator will be a national research resource to engage many Australian adults in health and medical research in a timely manner have positive impact on research productivity, efficiency and patient outcomes.

Evidence of research translation from prior project includes the implementation of the Substance Use Screen Policy, patient falls risk assessment tool and check lists for daily nursing clinical handovers in facilities in the South Western Sydney Local Health District. Recommendations for innovative models of nursing care were considered by the NSW Chief Nursing Officer for further development and implementation.