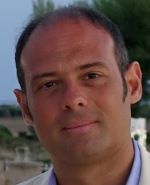 Giancarlo obtained his degree in Chemistry from the University of Pisa (Italy, 2001) and his PhD in "Innovative Biomedical Technologies" from the University of Lecce (Italy, 2004). During PhD, he worked at IFC-CNR (Pisa, Italy) and at NIH (Bethesda, MD, USA), under the supervision of Piero A. Salvadori and William C. Eckelman, studying novel radiolabelling methods for PET tracers. He then worked in the Clinical Chemistry environment (managing toxicology analysis laboratory, 2004-2008, University of Pisa) before returing to work in the radiochemistry field. He was Key Scientist for the EU funded "Radiochemistry On Chip" project (2008-2011) and worked as Staff Scientist at IFC-CNR (2008-2013, Pisa, Italy). During these years, he also worked in GMP facilities for the production of PET radiopharmaceuticals (Milan, Pisa), covering also the role of QC Manager. In 2013 Giancarlo moved to ANSTO in Australia, in the role of Radiochemistry Team Leader at the Camperdown cyclotron site; from 2020, he is covering a Principal Radiopharmaceutical Scientist role at the POWH, and been appointed Fellow for the National Imaging Facility and Conjoint Associate Professor at the School of Chemistry in UNSW.