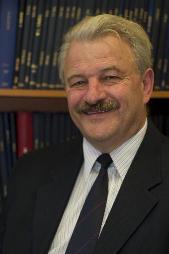 Jason undertook a BSc at Monash University, and completed with First Class Honours in 1971. After spending a short time working as an operations researcher at Dulux in Melbourne he undertook a PhD in the Mathematics Department at Monash, studying buoyant convection and core flows. While doing this he concurrently completed a Commercial Pilot Licence and Instrument Rating and began flying charter to country Victoria. On completion of his PhD he took up a postdoctoral position at Scripps Institution of Oceanography (University of California) in 1976 and undertook research expeditions to Antarctica.  He returned to Australia to UNSW in 1980 to teach physical oceanography and began planning and implementing experiments to measure currents and tides in the Great Barrier Reef, and continued his coastal oceanography research until 2009.

In 1993 he initiated plans for a Bachelor of Aviation at UNSW, and this began with both flying and management streams in 1995. Flying operations were undertaken at Bankstown Airport under under the leadership of Greg Clynick and in 1998 the University obtained its own Air Operators Certificate.  Later in 2000 a Masters degree in Aviation Management was established.

During his career he served on many committees, including the Australian Research Council Earth Sciences Panel, the Antarctic Science Advisory Committee, and the Advisory Board of the Integrated Marine Observing System (IMOS).

Professor Middleton was appointed to the position of Head, Department of Aviation in 1995, and was responsible for overall management and performance of the School until 2017. The School of Aviation is now the largest of its kind in Australia.

Jason Middleton's area of interest is in environmental fluid dynamics, including coastal oceanography and aviation meteorology. In the past Professor Middleton has also undertaken research into sea-breezes, microbursts, wind gusts and iin wake flows arising from natural objects in wind and ocean current streams. In the Aviation context, wakes have been a significant contributory factor in a number of aircraft accidents. He is presently working on projects utilising airborne Lidar to create topographic images of the coastal zone in areas such as Lady Elliot Island and the beaches of NSW. The latter work is being undertaken in conjunction with coastal engineers and environmentalists.

The aim of this research is to develop an alternative, sociologically based approach, largely drawn from Erving Goffman's (1974) Frame Analysis, and assess whether it can be used to effectively describe, analyse and discuss SA. This work establishes that Goffman's (1974) frame analysis theoretically supports the major underlying concepts of the SA construct. SA is shown to be a meaningful and observable social phenomenon. Additionally, a method derived from frame analysis is used to examine and analyse the observed intersubjective SA processes. Lastly, practitioner based notions of SA are shown to be equivalent to that of "frame".

Aircrew and passengers are subject to cosmic rays which have a higher intensity at altitude than at the earth's surface. In the Southern hemisphere in the Australian sector, the proximity of the South Magnetic Pole means that cosmic ray intensity is higher than elsewhere around the world. This project aims to measure cosmic ray intensity during a number of southern hemisphere flights where data is non-existent, and to compare the data with predictive computer programs

Contact Professor Middleton to find out more about supervision opportunities in his area.

Leadership skills need to encompass a wide range of issues. These include communication, team building within your organisation, visionary strategy at corporate governance level, intelligent and analytical strategic and tactical decision making at operational level, and day-to-day operational efficiency. You should choose an environment that has a focus on combining leading research, world-class facilities, practical teaching and partnerships with major organisations to ensure you are ready to take on global opportunities.

Professor Middleton no longer teaches, but in the past was the coordinator of the postgraduate Course AVIA5020 Research Project, which is offered as a final element of the Master of Aviation Management. In earlier times he has taught a range of courses including aeronautical knowledge, safety, meteorology, coastal oceanography and mathematical methods

Formerly: Head of School of Aviation.

The School of Aviation provides a range of services to support industry, ranging from short-term consultancy to longer-term contract research. The School is also able to provide tailored short-courses either specifically for an individual client's needs, or within the scope of the MSc (Aviation Management) Program.

Professor Middleton was an Advisory Board Member of the Integrated Marine Observing System  (IMOS) from its inception in 2007 to 2014.

Professor Middleton has held numerous grants from the Australian Research Council, and has undertaken a number of researrch projects with State Government agencies and  consultant companies as research partners.